Firefighters are more likely to die by suicide than battling flames 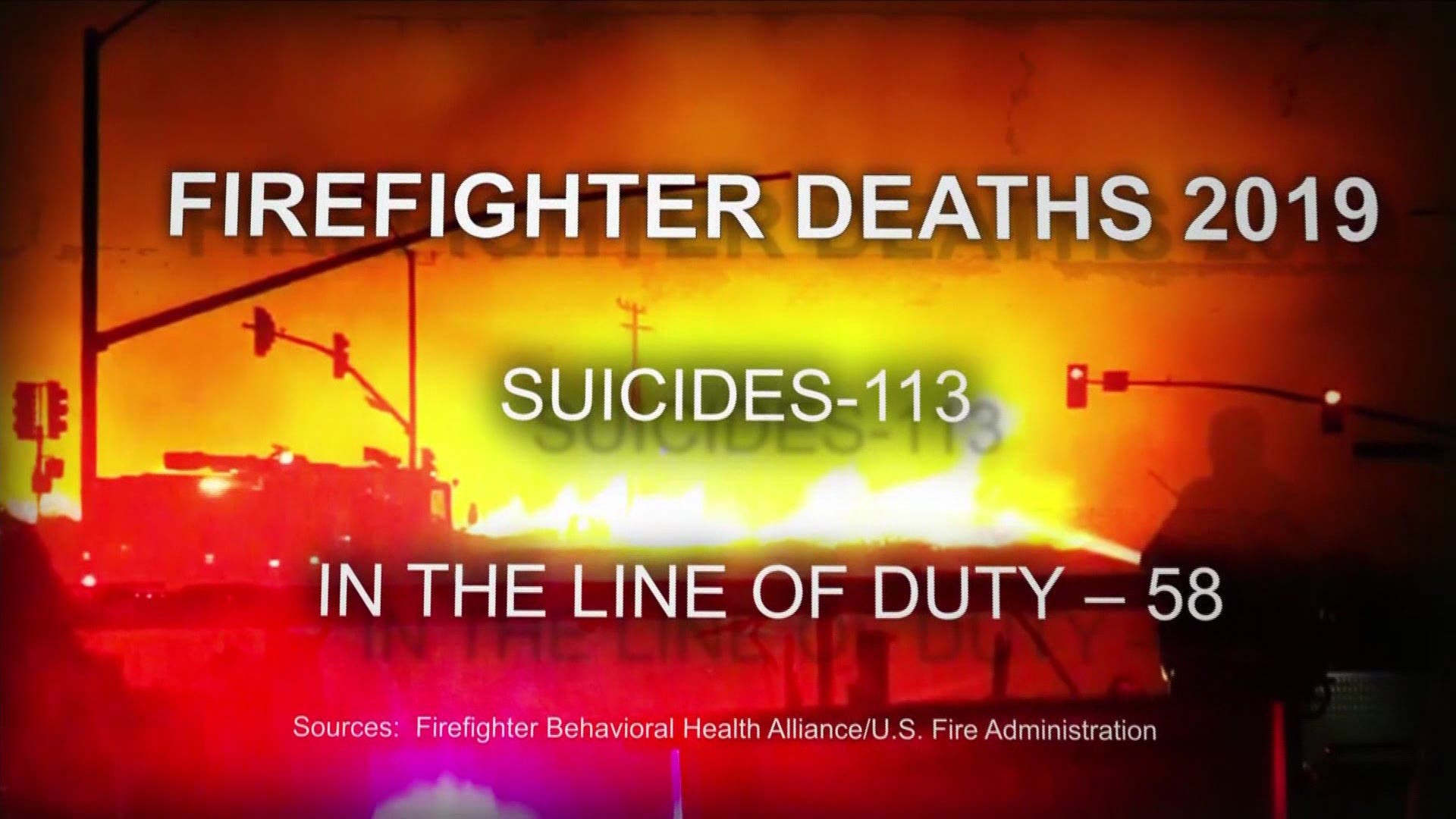 Karen and Lew Lewis still treasure the mementos from their son Billy's dream job. Working as a firefighter/paramedic for the Sacramento fire department.

But his dream job slowly turned into a nightmare over the years. His mother Karen says a brutal domestic violence call was a breaking point for Billy.

After more than 20 years as a firefighter, Billy resigned and got help for post-traumatic stress, but his mental struggles continued, eventually pushing him to commit suicide.

Fire departments across the country are grappling with similar stories at an alarming rate. So far this year, reported firefighter suicides are more than double the number who died in the line of duty.

Jeff Dill founded the firefighter behavioral health alliance. One of the only organizations that track first responder suicides.

"We are just losing way too many good men and women," said Dill "when we put on this uniform we're expected to act in a certain manner and that is brave, strong, courageous. Give help don't ask for help, because we don't want to be the weak link."

In Sacramento support has become a priority. Firefighters are now trained as peer counselors, so they can spot trouble early.

Fire officials we spoke to told us departments also need to look at possibly cutting back on two-day and three-day shifts, so that firefighters can get more sleep and down time, especially for those assigned to very busy fire stations.

It’s also estimated just over half of all firefighter suicides are reported, so the numbers could be much higher.