Does your home have an open-concept floor plan? It could be a fire trap. 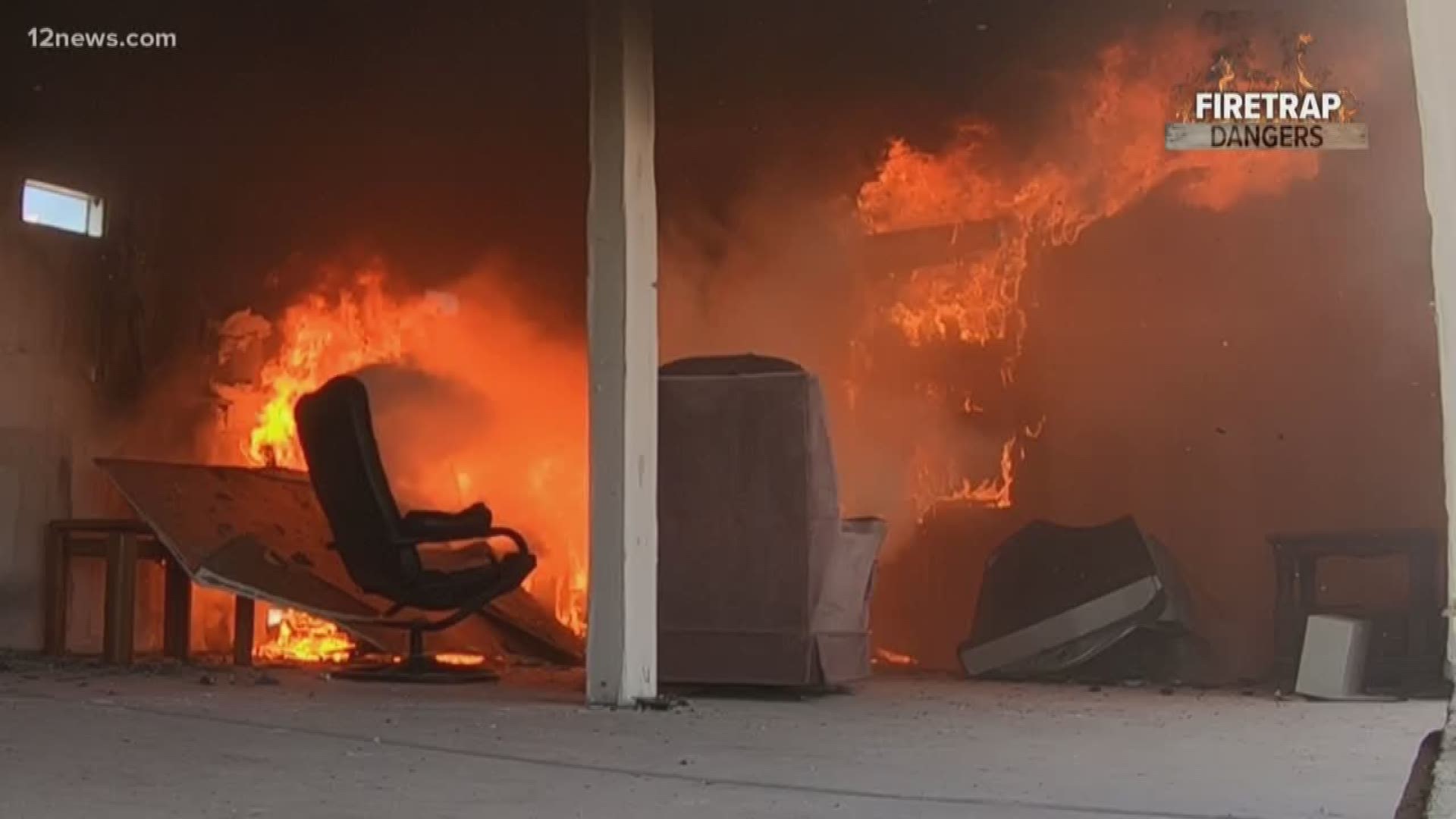 Television hosts even revel in knocking walls down to open up spaces, but what they are not telling you is getting rid of those walls could be turning your home into one big fire trap.

"What we’re doing on this is you have an open floor plan that goes out so there’s no barrier. It’s gonna be a free burn the entire time," said Gilbert Fire Battalion Chief Josh Ehrman.

The Gilbert and Mesa fire departments gave 12 News an exclusive look into how quickly things can go wrong when sparks ignite in an open floor plan.

When firefighters started a controlled fire behind a chair in the corner of a living room, it didn't take long for smoke and flames to reach the rest of the space.

The smoke detector started alarming just 30 seconds after the first flame. Less than two minutes later, those growing flames traveled down to the floor and up the walls. In just two more minutes, typically when the fire department would be arriving, there was black, deadly smoke filling the entire room.

“That’s all your cyanides, all your hydrocarbons, all the carcinogens, all the things that give you cancer,” Ehrman said.

The open floor plan allows that cocktail of toxins to spread to the kitchen.

"If you had a wall, this would be completely clear over here," Ehrman said.

In less than 10 minutes, the simulation was producing so much smoke it was no longer safe. Firefighters stepped in and doused the fire. The living room and kitchen were destroyed.

And open floor plans are not the only culprit here.

“It’s not only the open floor plans. It’s the elevated ceiling and the lightweight trusses above it," said Mesa Deputy Fire Chief Glenn Crabtree. "So you’re just compressing your time.”

Decorations and furniture of the times add more fuel to fire.

"In the past, this was made out of cotton. Now, it’s foam and it’s plastic," Ehrman said. "That burns twice as hot as normal cotton, wood, anything like that."

Foam and plastic not only burn hotter, they also burn faster. And the smoke that is produced when they do is deadly.

Crabtree started with the Mesa Fire Department 25 years ago. He says back then homes were built differently and according to him, "easy to navigate."

This is not to say homeowners should steer clear of these new trends in home improvement -- it's almost impossible to do so. But Ehrman and Crabtree hope those who do have open floor plans and vaulted ceilings learn from this simulation. So if the unthinkable happens, they can be prepared.

"We shouldn't be afraid of them. We should just understand that if that starts a fire in your house, that it could be devastating,” Crabtree said.

Firefighters say the best way to prevent a destructive fire is a smoke alarm. They say they are the most crucial tool and advise homeowners to place them in both high and low places throughout your home.

For more on what you can do right now to better prepare yourself for a disaster, watch the video below for what Vessa Roberts with East Valley Disaster Services recommends. (If you can't see the video, click here.) 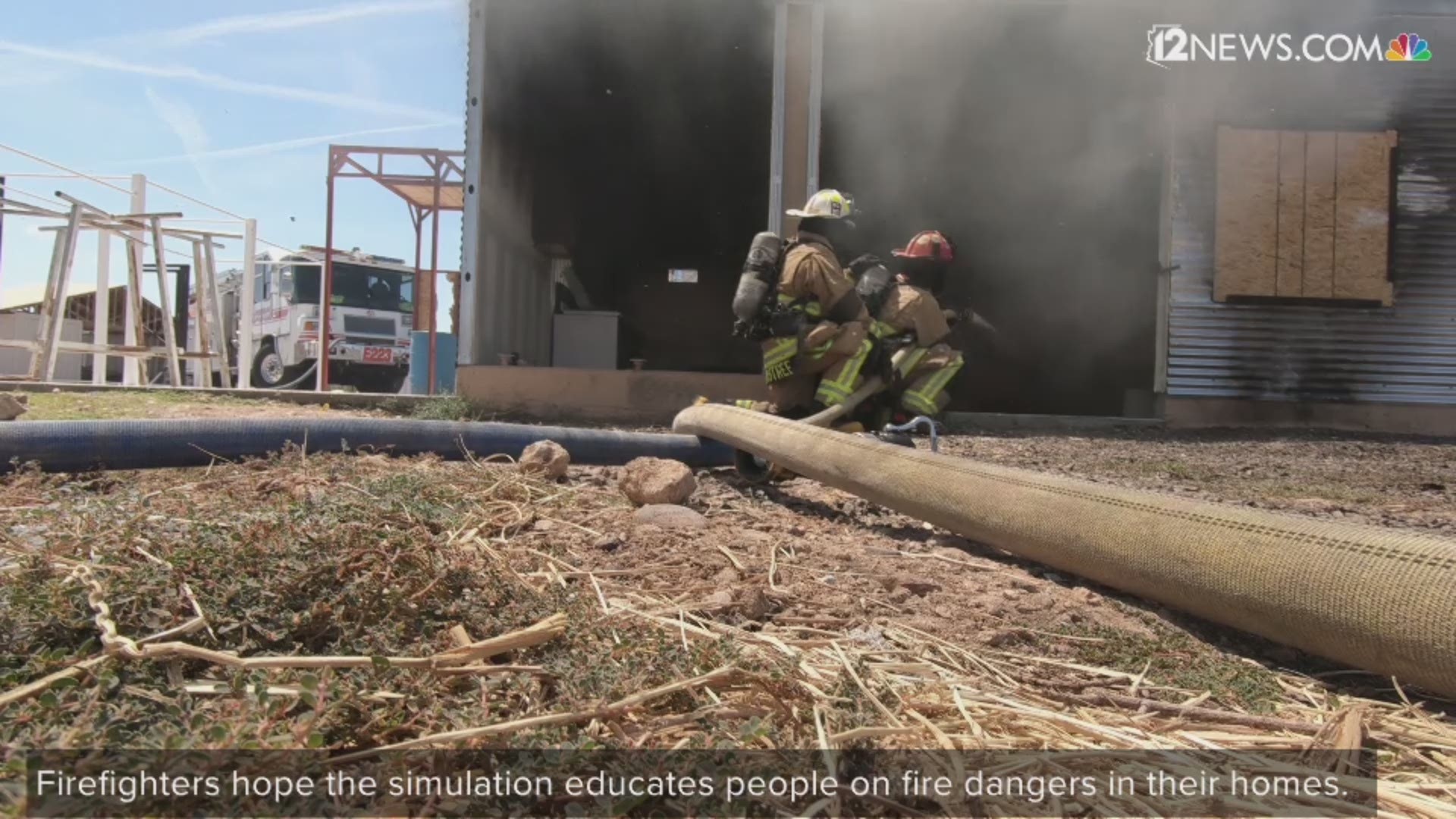 Sign up for the Snapshot, 12 News' evening newsletter. Every weekday afternoon we share some of the biggest, most-talked-about and interesting stories from Arizona and beyond. Email is the only required information.

If you have feedback, reach out at connect@12news.com.