It's often difficult to distinguish the fraudulent freebies from legitimate deals. Here's how to protect yourself. 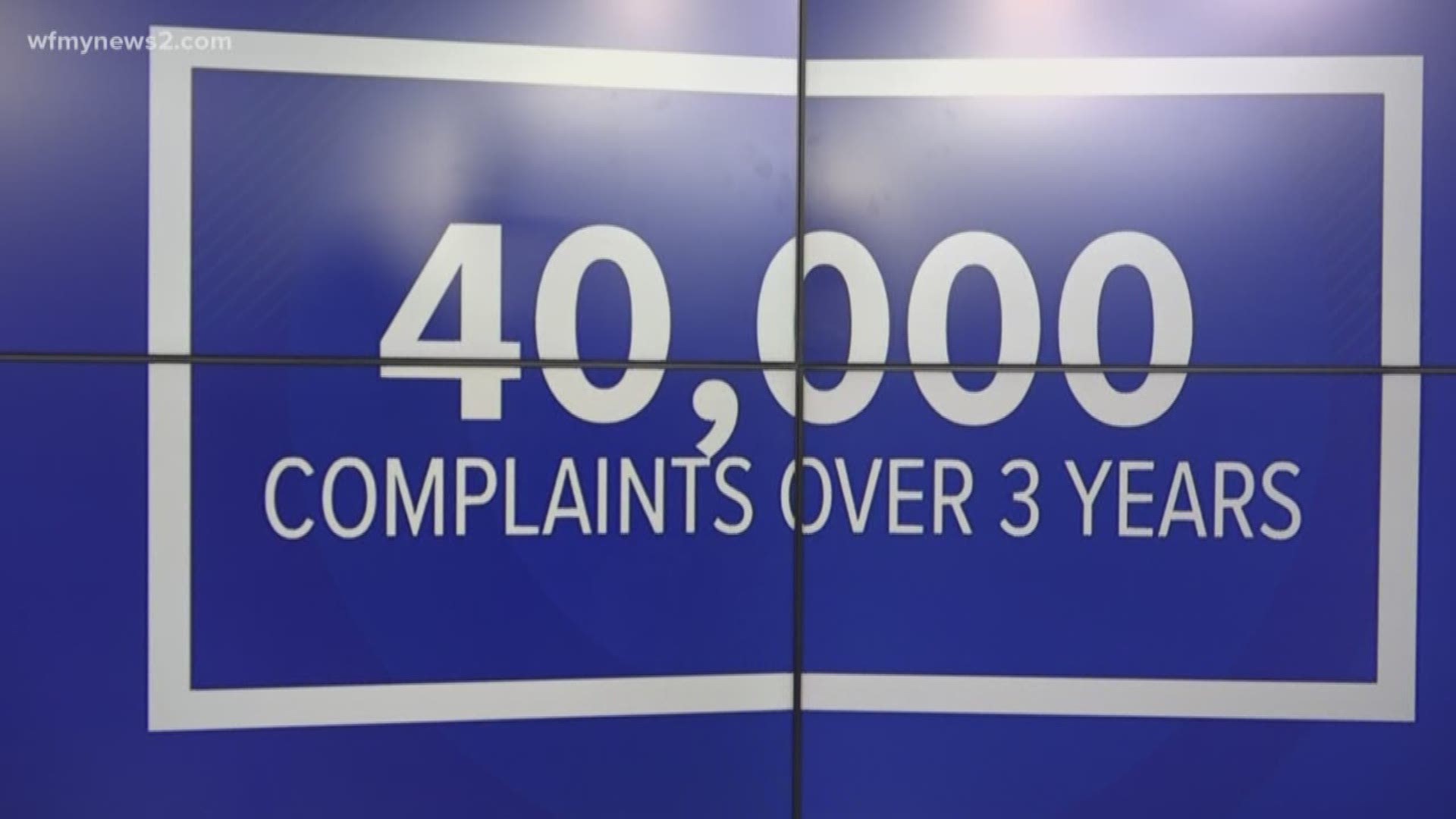 Andrea Prescott was intrigued last July by a moisturizing cream mentioned on a TV show. So she signed up for a free-trial offer on the manufacturer's website, which required only that she pay $4.95 for shipping.

The cream arrived within three to four weeks, but when she and her husband, Mike, went online to cancel additional purchases, they realized there was no way to contact the company.

“There was no phone number or email address listed on the product webpage or in the product packaging materials,” says Mike, who spent several days trying to track down contact information.

Two weeks later Mike found that their credit card had been charged $89.18 for the product. Another $89.18 charge was posted two weeks after that.

Andrea says she never saw any terms and conditions stating that she was signing up for a subscription or that she would have to cancel within 14 days to avoid additional charges. The Prescotts filed a dispute with their credit card issuer, which has so far reversed only one of the charges.

The Prescotts' frustration with not-so-free trial offers is shared by millions of Americans. A recent survey by Bankrate found that 59 percent of people who signed up for free trials later found they had been charged against their will.

Complaints about not-so-free trials doubled between 2015 and 2017, according to an analysis of federal data by the Better Business Bureaus. The BBB alone has received nearly 40,000 complaints and reports involving free trial offers over the last three years.

The Federal Trade Commission (FTC) has also been focusing on free trial schemes. Just this year the agency took action against several business operators for allegedly bogus free-trial offers for products that included skin creams and dietary supplements. The defendants allegedly billed customers without authorization, with one company alone allegedly defrauding consumers out of more than $35 million, according to the FTC.

"What starts as a free trial may often end up costing a lot of money,” says Christine Todaro, attorney in the division of marketing practices at the Federal Trade Commission.

Signs of a Fake Free Trial

It’s not surprising that so many consumers are being ensnared by bogus free trials. After all, offering a free sample of a product or service is a standard marketing strategy used by many legitimate companies, including Netflix, Amazon Prime, and Instacart. (Consumer Reports has offered free trials in the past.)

Reputable retailers, however, provide a straightforward process for canceling further charges, such as clicking an unsubscribe link on a confirmation email or changing a setting on your account page. But free-trial fraudsters do not, instead placing unauthorized credit card charges on your account and making it difficult, or nearly impossible, to cancel additional charges.

These deceptive free-trial offers often hide disclosures about additional charges or the cancellation deadline in the fine print at the bottom of the order page. Or these restrictions may be tucked into a lengthy terms and conditions text block that customers are required to accept before ordering.

For example, the FTC recently sued Match.com, a dating website, alleging the company engaged in deceptive practices, including offering free six-month subscriptions, then making it difficult for customers to cancel.

Each of the multiple steps in the online cancellation process, from password entry to the retention offer to completing a survey, confused and frustrated consumers, which prevented many from canceling, the FTC contended in the complaint.

In a statement, Match.com responded, "The FTC has misrepresented internal emails and relied on cherry-picked data to make outrageous claims and we intend to vigorously defend ourselves against these claims in court."

Given how difficult it may be to extricate yourself from these unwanted charges, it’s important to be alert to warning signs that a free trial offer may be deceptive. Here are guidelines to follow:

As a first step, do a search online for reviews of the company to see what others have said about the free-trial offers and cancellation process. You can also check the BBB website for complaints about the company and its responses.

If you see numerous negative reviews and unresolved complaints, that can put you on notice that the free sample offer may end up costing you money, says Hutt.

Kelli Hadley, 48, an Army officer in Indiana, wishes she had taken those steps before signing up for an online free-trial offer in August. An injury made it difficult for her to exercise, so she was shopping for a weight-loss product.

“I usually research before buying, but I saw what looked like a legitimate website that offered a free trial for a natural weight-loss product," says Hadley.

Although the website promised rush delivery, the product didn’t arrive for two weeks, just at the end of the 14-day window to cancel further charges, says Hadley. The company also sent another product that she had not requested, she says, for a total charge of $200.

Hadley called the company to get a refund, but was refused.  Fortunately, her credit card issuer had flagged the charge, which had originated overseas, and called her. After speaking with the bank’s fraud services department, Hadley got the charges canceled.

Know How to Cancel

You may see boxes to check, or uncheck, so read the wording carefully to avoid agreeing to additional costs.

If there's a deadline for canceling the order, put an alert in your calendar so you won't miss it, says Ted Rossman, industry analyst at CreditCards.com.

You will also want to investigate the steps required to return items and cancel further charges if you aren’t satisfied. Make sure there’s a phone number you can call—try it to be sure it works—or email links that allow you to cancel recurring orders.

As a precaution, take screenshots of your online purchases, showing the disclosures of the free-trial offer and what terms you agreed to. And be sure to keep copies of your email confirmations, as well as any paperwork that arrived with the product.

"That documentation can be helpful in the event you get an unwanted charge that you have to dispute," says Chi Chi Wu, staff attorney at the National Consumer Law Center, a nonprofit group.

If you experience unwanted charges or other issues, call or email the merchant. In most cases, you will need to take this step first before disputing the charge with your card issuer.

Don’t assume that canceling your credit card and receiving a new one with a different number will make the charge disappear, says Rossman. Many card networks provide an auto-updating service to merchants, which allows them to roll over charges to your new card if the number is changed or has a new expiration date. The process is designed to avoid disruption if you forget to update your billing information for accounts you regularly pay, such as your cell phone service.

Earlier this year Mastercard announced a new policy that requires merchants offering free trials to get your permission before automatic billing is permitted. The policy applies only to physical products, but may be expanded to digital products and services, according to Shoshana Rosenfield, senior vice president, North American Franchise Lead at Mastercard.

Starting April 18, 2020, Visa will enhance its free trial permission policy (PDF) by requiring merchants offering these deals, or introductory promotions that roll into an ongoing subscription, to remind cardholders that they are nearing the end of trial periods. Merchants will also have to provide easy cancellation procedures. The policy will apply to both physical and digital products and services.

File a Dispute With the Card Issuer

If you are unable to resolve problems with the merchant, you will need to contact the bank that issued your card and dispute the charges, as well as notify them that you are no longer authorizing the merchant to bill you.

Start the dispute process by contacting the card issuer. Once again, it will help to have documentation of the transaction, since the merchant may argue that you checked a box agreeing to be charged after a certain date or that you accepted charges that were hidden in the terms and conditions.

The outcome may depend on how much the charge was for and what kind of relationship you have with your card issuer. "If it was a $10 charge, and you’ve been a longstanding customer who spends a lot on that card, you’re more likely to be cut a break than someone disputing a $100 charge who often pays late," says Rossman.