Elizabeth Luther bought custom-built doors but, when they were installed, they didn't fit. The store wasn't quick to respond, and would not offer Luther a refund. 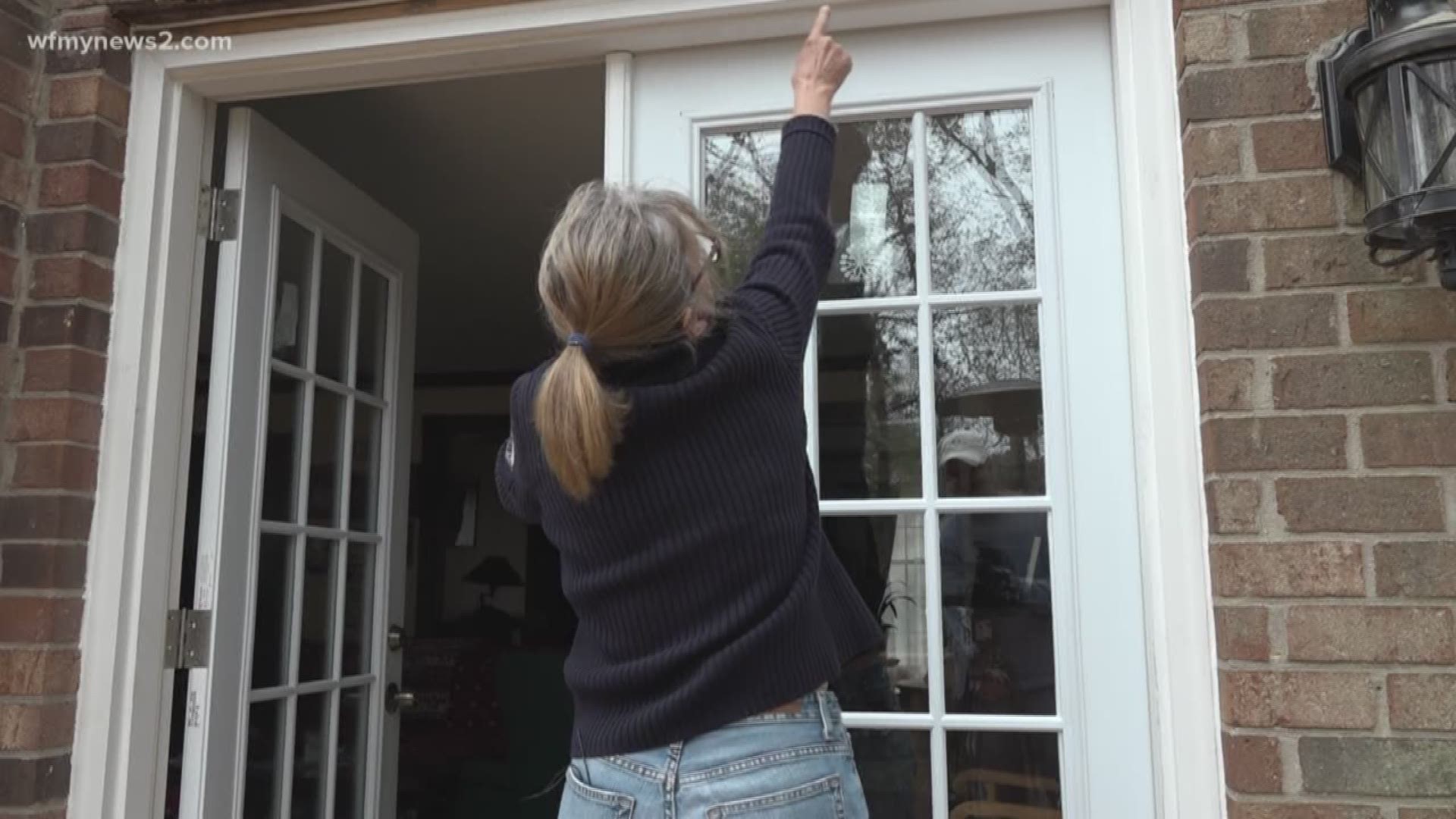 GREENSBORO, N.C. — Elizabeth Luther was planning to have a holiday get-together with family and friends late last year. Prior to the party, Luther was going to install new floors and put new French doors on the back of the house.

“I had the doors custom made,” she said.

A couple of weeks before the party, the doors were set to be installed. A gentleman showed up to install the doors.

“I asked where the other guy was - last time they sent two people,” said Luther.

The company only sent one guy this time and while Luther was concerned this wasn’t going to end well, she let the man do his job. Several hours passed, Luther even ran out for a short time to get some errands done.

It took the man about six hours to hang the doors and seal the frame.

"It was awful, not acceptable,” said Luther.

The doors or the frame seemed to be off. In some spots, it was snug up against the frame. In other spots, there was a half-inch gap.

“This is not what I paid for,” said Luther.

At the top of one of the doors, the man installed a piece of wood molding to close the gap where the doors should have come up to the frame. In other sections, he used caulking to try and fill in gaps between the frame and the house.

Luther immediately called the store and told them she wanted “new doors” or her money back. The company was not quick to respond, and the delay caused Luther to cancel her party.

“I had to get the doors fixed before I had the new floor put down,” said Luther.

After going around and around with the store for several weeks, but not getting anywhere, Luther called our Call for Action team.

“I called you because I was not getting anywhere with them,” said Luther.

Our team reached out to the store in hopes of getting them to work with Luther or refund her money. While Luther wanted a refund for the new doors, the store was not willing to give her $2,800 back for the doors she ordered and were already installed.

After working with the store for a couple of weeks, the company agreed to send someone out to redo the frames so the doors would fit better. The crew that came out took exact measurements and built custom-made door frames for both French doors, so they fit perfectly.

“I’m so appreciative of (News 2), this was the only way to get this resolved."

The doors are exactly what Luther had hoped for when she ordered them and thanks to our team of volunteers, she could not be happier.

It’s not exactly clear what the cost of the job would have been if Luther would have paid a handyman or someone else to fix the doors. Luther believes it would have been at least $1,500 - that’s in addition to the $2,800 she already paid.