There's a growing trend for sending and receiving money using mobile payment apps. Some might not be aware of the hidden dangers. 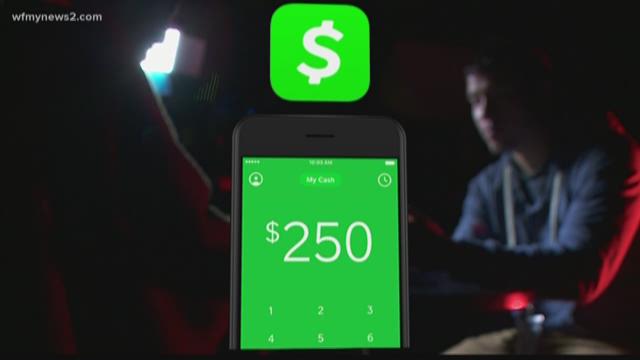 (WVEC) -- There’s a growing trend for sending and receiving money using mobile payment apps. Some might not be aware of the hidden dangers.

Cash App promises people free money to download the app on their mobile devices. Along with Cash App, there’s Venmo, owned by PayPal, and Apple Pay that allows users to pay for products right from their phone.

According to research from USA Today, more than 91 million people are expected to use the mobile payment apps by 2019. That’s up from 31.4 million in 2015.

Smith said she never thought she’d use it until she realized it was convenient.

“I can send money on the weekend instead of getting up and going to the bank. So, if one of my friends doesn’t have cash and a place only accepts cash, we'll have cash and they Cash App me the money."

Here’s how the app works. Users connect the app to their bank account. The app will then deduct or add money as users make payments, or receive payments. Anyone using the app can then take the money from the app and transfer it back to their bank and ‘cash out,’ as it’s called.

“With the Cash App, if someone has direct access to your phone, there’s no lock on it so they can go in and just start spending money. For example, by default, the security feature for examples like a thumbprint or a pin number that you can put on a device is disabled,” said Daiber.

A Cash App user will send a request link for someone to download the app on their phone. Daiber said these links can be manipulated.

“The link might be slightly off to where it might take you to a vulnerable web page, or it could download a virus or malware,” said Daiber.

But for users like Smith, she’s more worried about how quickly the app has taken off with young people.

Some tweets on Twitter read “Just a college girl that needs to pay for books for the new semester.” Another reads “Can 30 people send me $10.00 through Cash App, gotta pay my bill.”

Smith said this is dangerous.

“I don’t think that younger women see the potential dangers in the app. You can get money from a random person but what is that random person expecting from you in exchange. You shouldn’t have any type of Cash App in your profile unless you are providing some type of service,” said Smith.

Meanwhile, Daiber said before anyone downloads a mobile payment app to their phone, they should do some research.

“Ensure that you do your research. Look for any possible breaches that have happened in the path in regards to those specific apps,” said Daiber.