History's warning about a second wave of coronavirus

Just like today, Americans were desperate to emerge from quarantine during the 1918 Spanish Flu pandemic. But a second deadly wave of the virus was lurking. 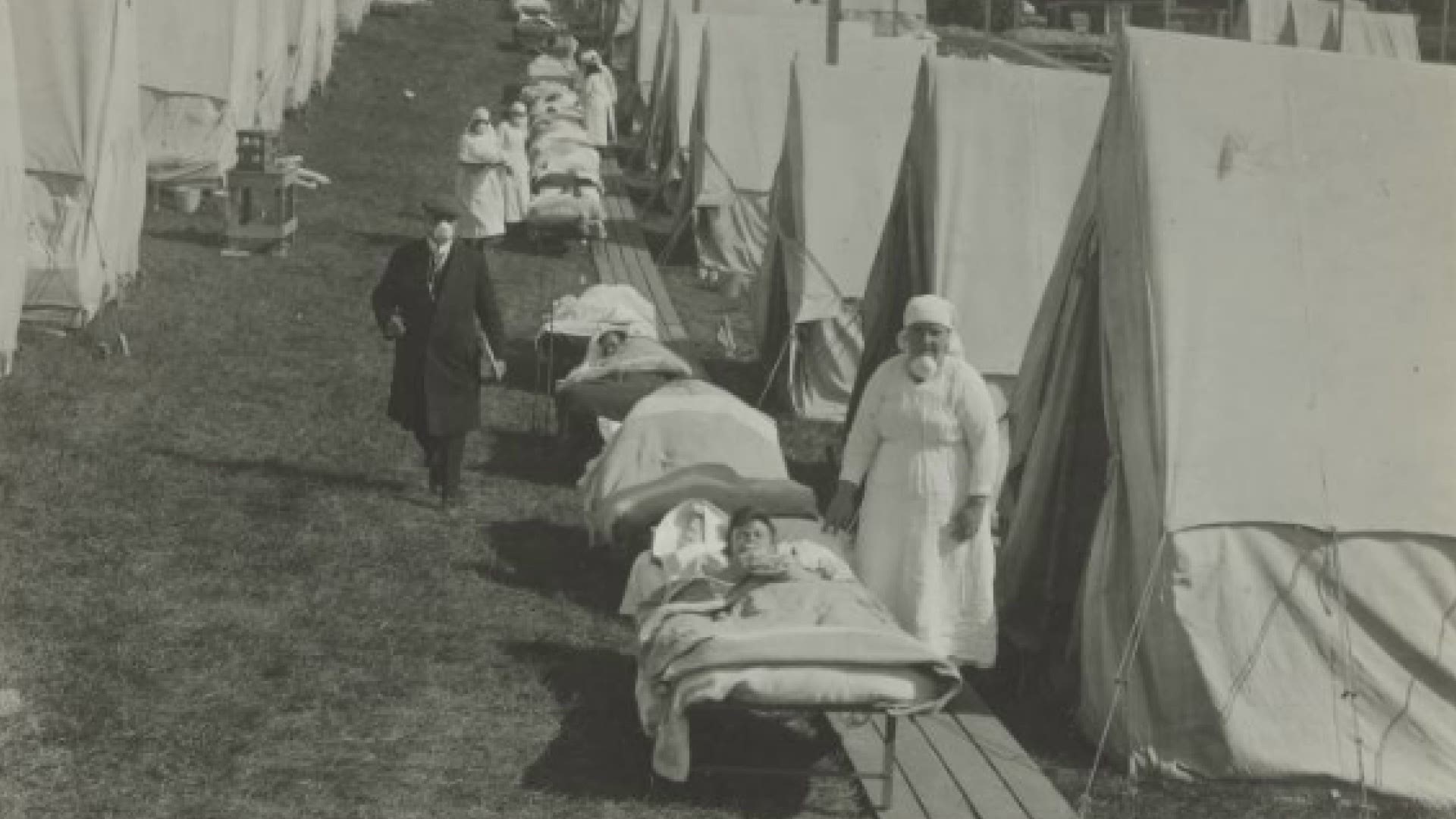 GREENSBORO, N.C. — Restless Americans hoping to get back to normal. Families foregoing the face masks. Businesses opening up again.

While it sounds exactly like what's playing out with the novel coronavirus (COVID-19) pandemic in 2020, it was also the same in 1918 as the world emerged from the devastating Spanish Flu pandemic that killed as many as 50 million people worldwide.

Just like in 1918, a second wave of the novel coronavirus appears imminent as local governments begin loosening restrictions.

Historians agree that Armistice Day in November of 1918 was a key moment when the Spanish Flu re-emerged and a new spike in cases developed.

"They poured into the streets, they gathered in large crowds downtown, and the door opened for a second wave," explained historian Leonard Garfield. "One newspaper reporter said there was ‘not a mask in sight.'"

2 Wants To Know dug through CDC archives to find proof. Back in 1918, the federal government tracked the second wave in some states.

North Carolina wasn't included, but our neighbors in Virginia were. During the first wave of infections, they saw 2,266 people die from symptoms related to the Spanish Flu. During the second wave that number more than tripled to 9,685.

RELATED: What will reopen in North Carolina under Phase 2?

To slow the spread of flu the second time around, political leaders took aggressive action.

"But they could not force people at home again, they could not close businesses down again. So what they did was focused very intensely on people who presented as symptomatic," Garfield said.

And for proof that history repeats itself, it's not just the Spanish flu in 1918. Research in the North Carolina Medical Journal shows in 2010, scientists were tracking a second wave of H1N1 swine flu cases right here in Forsyth County.

The bottom line: there's no way to know what the future holds today, but warnings from top health officials indicate a second wave of the virus is almost certain. It's only a matter of how prepared we'll be.