How Qualified Immunity & The Castle Doctrine impact you

Both of these legal terms have been used in the Breonna Taylor case. 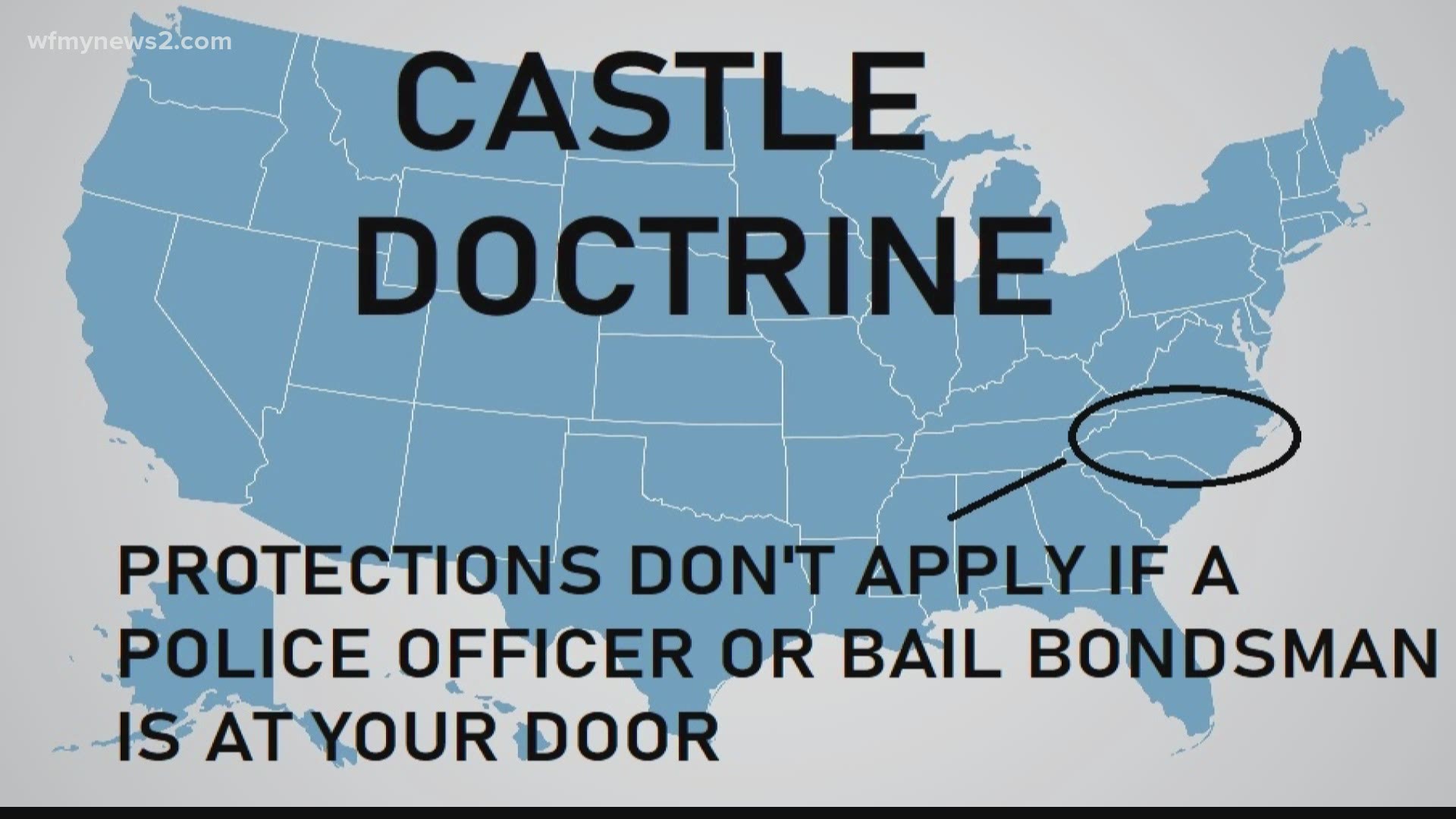 GREENSBORO, N.C. — The death of Louisville EMT, Breonna Taylor, has made headlines all over the country. Taylor was shot and killed by Louisville police in her apartment back in March.

Taylor's boyfriend, Kenneth Walker, says they heard a long bang and thought someone might be trying to break in. When police opened the door, attorneys for Walker said he did not know who was entering the apartment, so he fired one warning shot. Three officers fired back. Police initially said they had a no-knock warrant to search for drugs. Kentucky Attorney General Daniel Cameron now says, "there is no evidence that police did not announce themselves." Walker denies that. He was arrested and later released on house arrest.

The Breonna Taylor case has brought several legal terms to the forefront including The Castle Doctrine and Qualified Immunity.

“The whole thing about you can't bring a knife to a fistfight, you can't bring a gun to a knife fight, that's the simplicity of using unreasonable force. What The Castle Doctrine says is you can bring any force to the danger that is coming to your house,” said Guilford County Chief Public Defender John Nieman.

Now to Qualified Immunity. This grants government officials freedom to do their jobs. An example Nieman gives is

“Officers are allowed to show reasonable force during their job. Let's say there is probable cause or circumstance A police officer is allowed to physically grab you and hold you for a time. But that same action from a stranger?  We would never allow that”.

“I can't stress enough that people need to know their rights, assert their rights, but also keep themselves safe. You may know that this will eventually be seen as an unlawful arrest or force, but if you insert the circumstances and assert it now, you could put yourself in danger. I think people need to be smart about not putting themselves in a situation where they can be in danger, where they can be hurt. What's more sad than a person who was correctly asserting their rights, but the response from law enforcement officers injured or may be killed and we feel bad about it later on and we can redress it, in the courts later on, but that person is later injured or perhaps even dead”.