'It's a nightmare' | I-77 construction causes damage to car

Chris Tuttle said he normally tries to avoid the construction zone on I-77, but he was trying to save some time taking his kids to school. 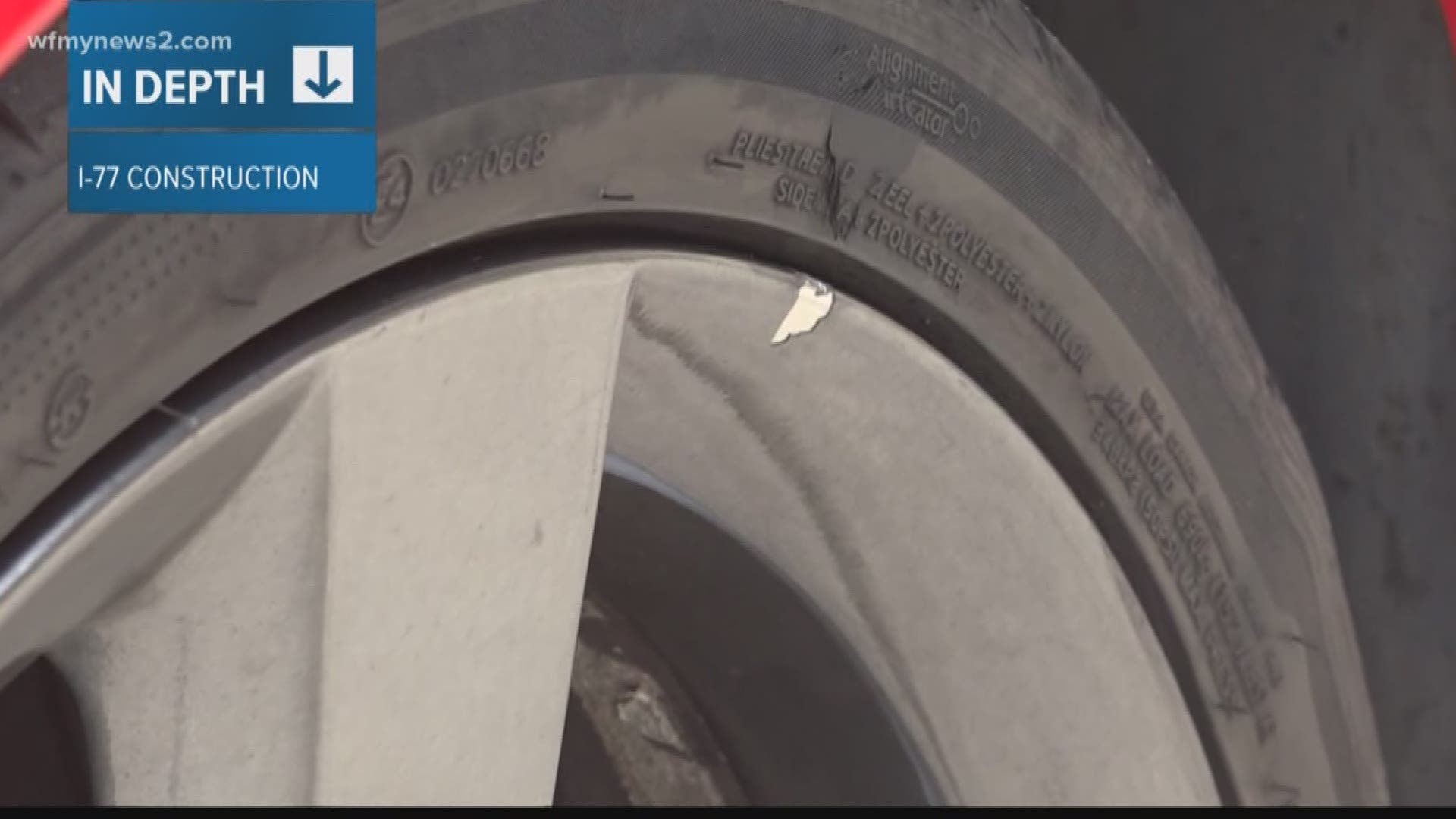 CHARLOTTE, N.C. — As the I-77 Express project drags past its completion date, drivers are left navigating through construction zones.

Chris Tuttle, a driver, said he has been dealing with the I-77 toll lane project since the start.

That nightmare turned into his reality on Tuesday morning.

"I hit the pavement," Tuttle said. "It was a very loud thud."

RELATED: How drivers are trying to avoid paying tolls on I-77 and still use the express lanes

Tuttle said he normally tries to avoid the construction zone on I-77, but he was trying to save some time taking his kids to school.

As his car merged onto I-77 North from I-485, Tuttle said his car hit some uneven pavement. The impact damaged his tire and wheel.

"It's irritating," Tuttle said. “You should be able to get on the road without having to worry about damaging your car. You just shouldn't, and I know that it's happened to more than just me."

RELATED: I-77 tollway project will not be done by October 31 deadline

Tuttle said he has already reached out to start the process of filing a claim.

"I'd really like to get reimbursed for the tire and the wheel," he said.

NBC Charlotte asked representatives for NCDOT and I-77 Mobility Partners if they could provide us with any data for the number of claims submitted related to damage since the I-77 toll lane project started construction. Neither agency responded to that request.

Tuttle is now hoping his claim goes through after taking his chances in the construction zone.

"You shouldn't have to go out on the road and anticipate something happening," he added.

Election Day in Mecklenburg County: What you need to know