Is the new store cheaper? 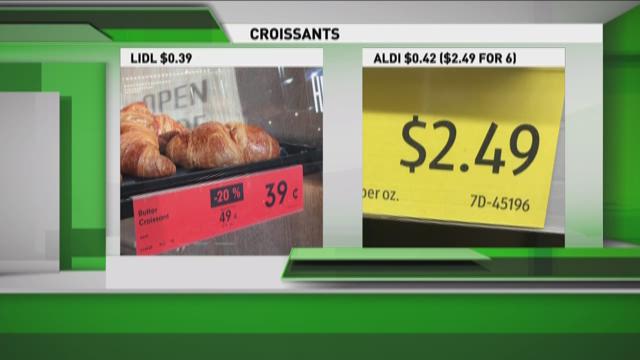 Going to the grocery store can feel like you're just taking your whole paycheck and throwing it away into the cart. The German grocery chain Lidl aims to help by opening their first U.S. stores today including one in the Triad. Lidl says triad customers can expect quality goods at up to 50 percent less than other supermarkets in the United States. But are the deals better?

Let's compare their prices to discount grocery store Aldi which was already in the Triad. We took three items from different food groups and compared the prices.

The biggest difference was the chicken breast! Lidi was $1.29 per pound. Aldi: $2.29 per pound. Lidi does seem to be cheaper on some stuff.

The new store is off Peters Creek Parkway in Winston-Salem. We're also working on a taste - test. And hope to bring that to you next week.