His Bank Card Disappeared and He Canceled It. Someone Still Charged $900 On His 'Canceled' Card!

His saga started in August after he lost his Wells Fargo Visa card. It ended when he called 2 Wants To Know's Call for Action Team. 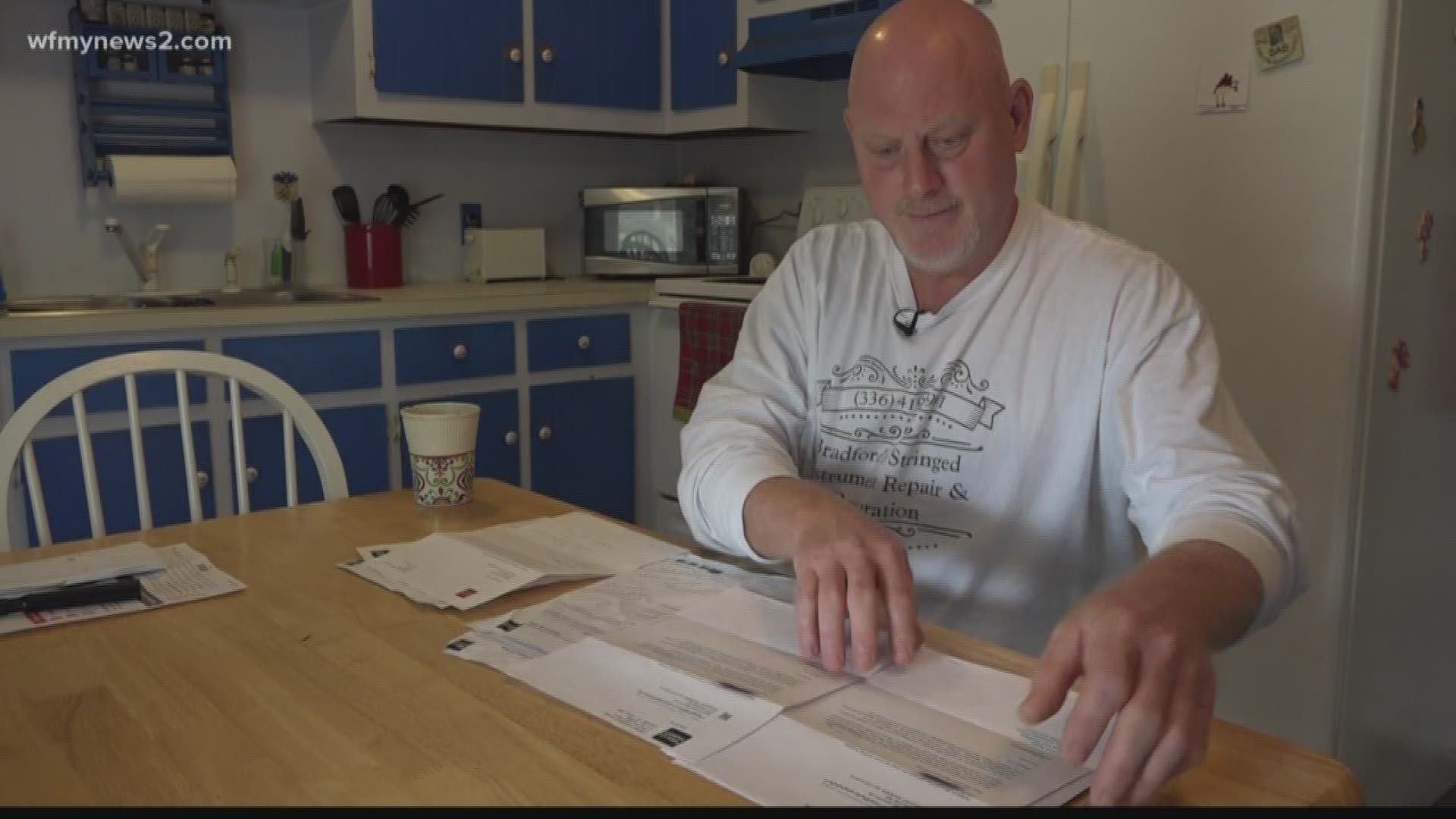 PLEASANT GARDEN, N.C. — Step inside the garage at Bradford Booth's house and you can quickly tell he likes to tinker with stuff. The wood table is cluttered with all kinds of tools, designs and projects he’s working on, “This is a 74 Henley Rocket guitar,” said Booth.

In his spare time, Booth designs and builds guitars. His love of music started at an early age, “My dad played in a band, that’s how he met my mom,” said Booth.

A single father, Booth is not getting rich making custom guitars so when almost $900 disappeared from his bank account he called WFMY News 2. “I didn’t know what else to do,” Booth said.

His saga started in August after he lost his Wells Fargo Visa card. He called both his bank and Visa to cancel the card and had a replacement card along with a new card sent to his home. Everything seemed to work out until three weeks after the card went missing.  “I checked my account to make sure my check cleared and at first I thought my check was short.”

Booth placed another call to Wells Fargo and Visa and quickly discovered someone had used his card at a Harris Teeter in Durham, NC. A representative for Visa told him the card would be deactivated (again) and to make sure he called the bank, “I didn’t understand how someone could use a card after it was supposed to be deactivated."

Booth tried to work with the bank and says while he was on the phone, someone was again trying to use the card or card number to make purchases on the card,

“I was on the phone and the operator asked if I was using the card!”

The transaction was stopped, but Booth was still out about $900 from previous transactions. He then reached out to WFMY's Call 4 Action volunteers for some help. Our team gave him some instructions on what to do. Booth sent certified letters to both Wells Fargo and Visa explaining the situation, “You guys knew exactly what to do, it’s like you’ve done this before,” Booth said.

Booth filed an official complaint and requested the money be refunded. Unfortunately, his claim was denied again so Booth reached out to WFMY News 2. On his behalf, we called both Wells Fargo and Visa. We were not able to reach an executive but did leave messages explaining the issue and who we were with.

WFMY News 2 never heard back from either company. Booth called us a few days later to tell us the money was refunded to his account, “You guys got my money back!”

Booth has never been told why the claim was initially denied and then suddenly, the money refunded. The bottom line is the money is back in his account, “I told everyone to go to WFMY News 2, they can help.”