2 Wants To Know explains the investigation launching #ArrestLouisDeJoy. It deals with donations made by employees at the Postmaster General's old Triad company. 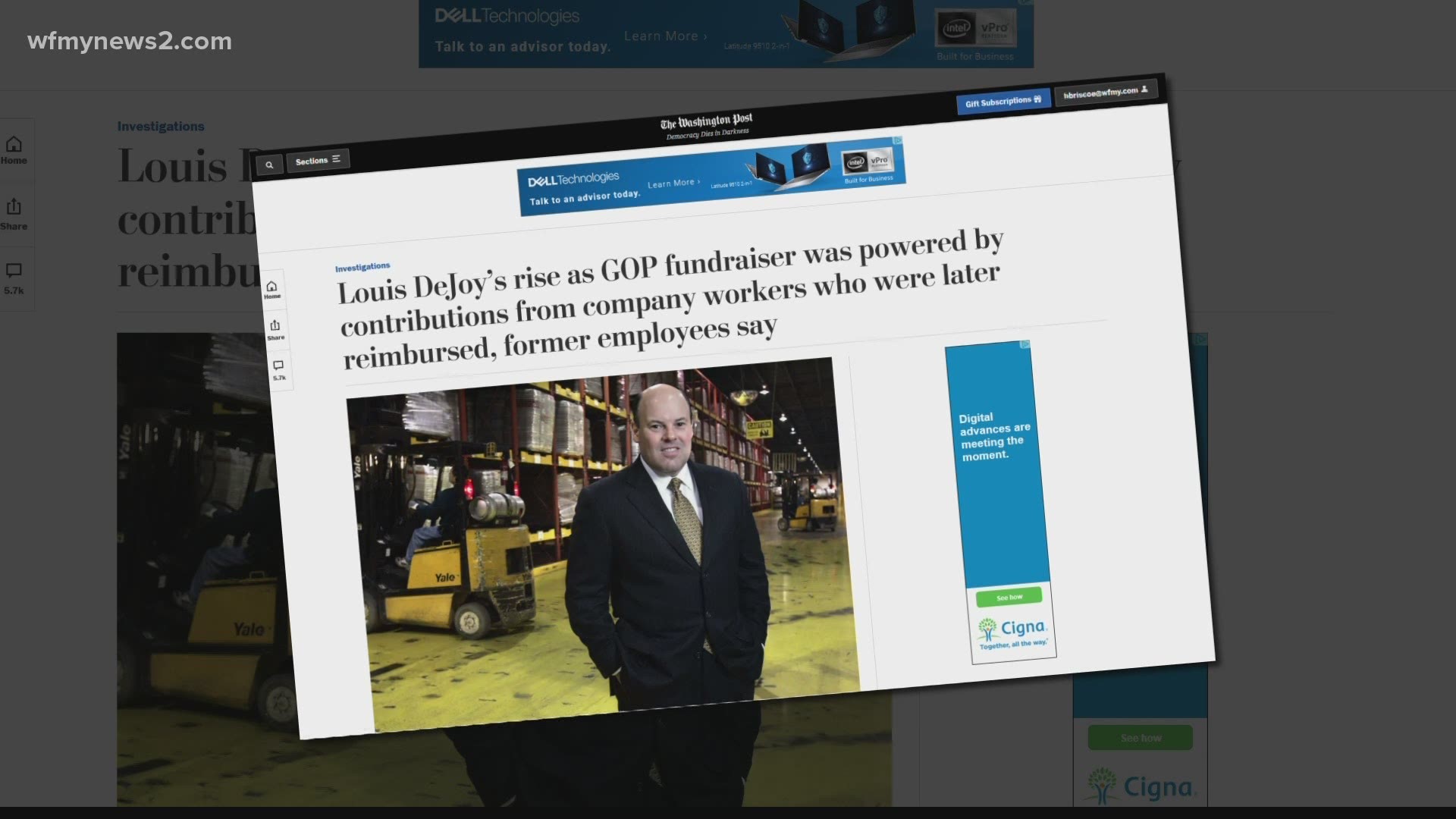 GREENSBORO, N.C. — There was another protest today outside the Greensboro home of Postmaster General Louis DeJoy. The crowd showed up before dawn to shine a light on a new investigation into claims of illegal activities by DeJoy.

The US House Committee on Oversight and Reform is starting a new investigation into DeJoy. House Democrats are focusing on political donations by employees of the company DeJoy used to run right here in the Triad.

It all started after the Washington Post said they talked with five former employees of New Breed Logistics. The employees said they were "pressured to make political contributions to GOP candidates - money DeJoy later reimbursed through bonuses." If true, lawyers say that would be an illegal way to get around contribution limits to candidates. Again this is what The Washington Post is reporting. 2 Wants To Know is still tracking down former New Breed employees.

We are also waiting to hear from DeJoy. But he did answer questions about the allegations earlier this week on Capitol Hill.

"Rep. Jim Cooper: Did you pay back several of your top executives for contributing to Trump's campaign by bonusing or rewarding them?
Postmaster General Louis DeJoy: That's an outrageous claim and I resent it.
Cooper: I'm just asking a question.
DeJoy: The answer is no."

Here's the thing, the Congressman wasn't asking the right question. He asked if Dejoy's guys were reimbursed for donating to the Trump campaign.

Look at the timeline. President Trump ran in 2016. DeJoy left his leadership role at the company in 2014. But from 2001 to 2014, 2 Wants To Know found government records of more than $1.6 million dollars made in political donations by New Breed employees. The vast majority of them went to Republicans.

It is all of those contributions that the House committee is going to look at. And North Carolina's Attorney General, Josh Stein, says our state should open an investigation too.

"Anytime there are credible allegations of campaign finance law violations, it's important that the appropriate state and federal authorities investigate that," Stein said. "We have to have confidence in our elections that the laws are adhered to."

Here's the kicker: the public has no way of knowing if our state Board of Elections is investigating DeJoy. In 2018, North Carolina lawmakers made campaign finance violation investigations confidential.