Sherrie Dickerson was looking to buy a vacuum. She agreed to have a lady come into her home and demonstrate one. During the demo the salesperson ripped the mattress. 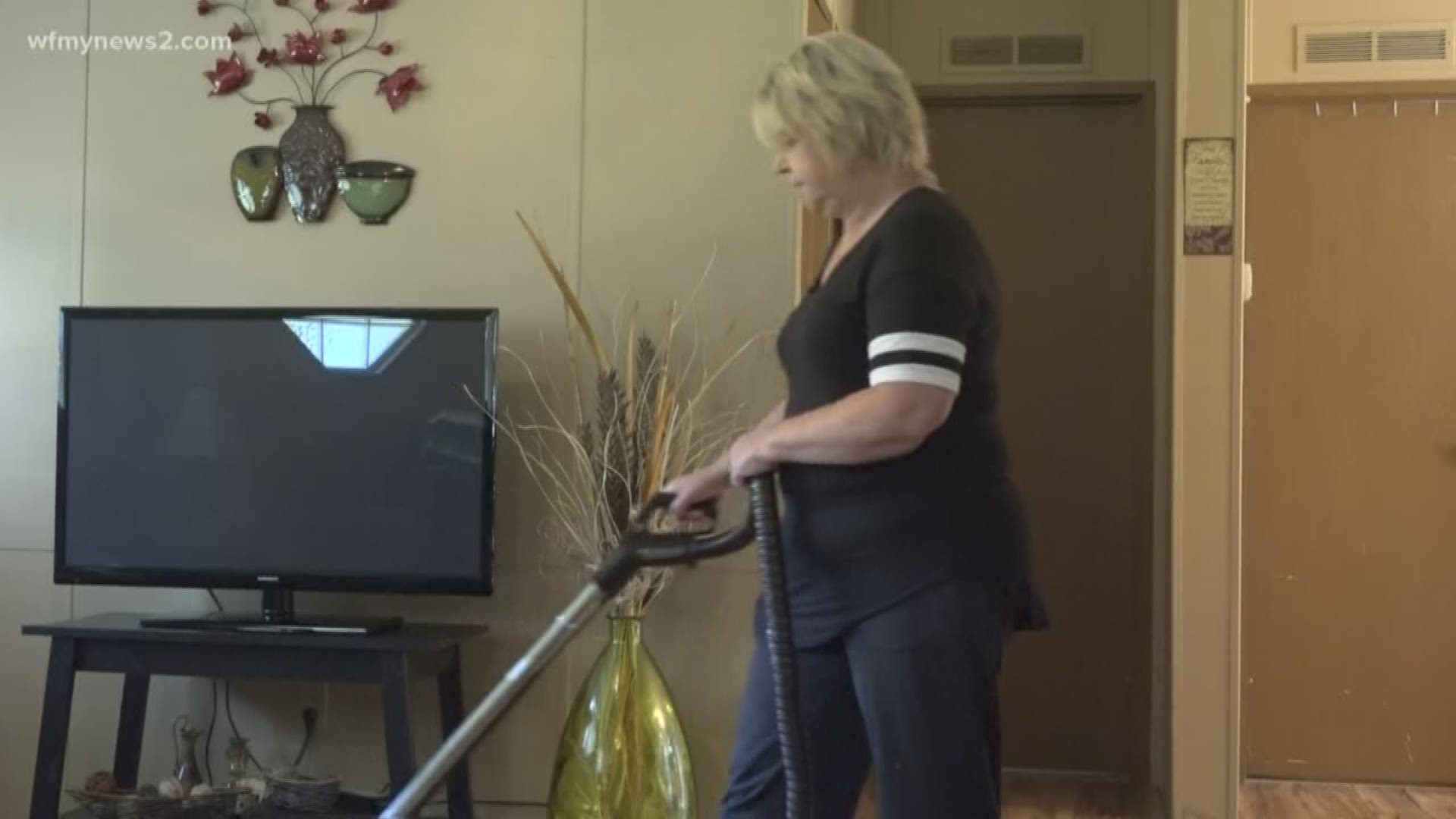 EDEN, N.C. — Sherrie Dickerson was looking to get a vacuum and help a friend at the same time. One of her friends asked if a friend of theirs could come by the house and give a vacuum cleaner demonstration. Dickerson didn’t own a vacuum and figured it would be fine, “I didn’t know what to look for, so I wanted to see a demonstration,” said Dickerson.

The demo was going well as the salesperson showed Dickerson how the vacuum worked and explained all it could do. Dickerson has some allergies so the idea of keeping dust and pollutants out of the house was a selling point, “It was awesome (the demo) I could tell it was cleaning deep down,” said Dickerson.

The demonstration was about over when the salesperson wanted to show Dickerson how much dust is still trapped in her mattress even with a cover. They went into the bedroom and the salesperson put an attachment at the end of the vacuum and placed the nozzle on the bed, “I wasn’t sure how much (dust) it would pick up,” said Dickerson.

As soon as the salesperson turned the vacuum on it started to rip the mattress. In a matter of seconds, the bed had a long rip in it that ran the length of the bed and a couple small rips where the nozzle was placed, “I was horrified, within seconds I saw the threads in my bed shredded,” said Dickerson.

The salesperson immediately pulled the nozzle off the bed and turned the vacuum off, but the damage was done, “She apologized, you could tell she was upset,” said Dickerson.

At this point, the demonstration was over and the salesperson again apologized as she left. Dickerson didn't know how to tell her husband what happened, “I knew he was going to be mad,” said Dickerson.

A couple days later Dickerson reached out to the owner and explained what happened. The mattress was not destroyed but the rip is long, and Dickerson says it was creating a bulge in the mattress.

She asked the owner to replace the mattress or at least compensate her for the damage. The owner apologized for what happened but explained to Dickerson that the salesperson was an independent contractor and they were responsible for any damage.

Dickerson reached out to the salesperson but didn’t hear back, “Never responded to my text messages or Facebook or anything,” said Dickerson.

That’s when Dickerson reached out to our Call for Action volunteers for help. We reached out to the owner and were again told she was not responsible because the salesperson is an independent contractor.

The rules surrounding independent contractors and what makes them independent are a bit fuzzy. Typically, they would have their own tools or equipment, set their own hours and require no outside training to perform the work.

It’s unclear in this case if the salesperson needed training or set her own appointments but short of fighting this in court, it did seem like the company set it up, so all salespeople were independent contractors, even signing a form stating as much.

The problem for Dickerson or anyone who invites a salesperson into their home is how do you know if they are an employee or work as an independent contractor, “You have to ask those questions, say something like if something happens are you paying or is the company paying,” said Lechelle Yates with the Better Business Bureau of Central and Northwest North Carolina.

In this instance, it appeared Dickerson learned a valuable lesson and would not be able to get a refund unless she took the salesperson or the owner to court.

Our volunteers and I continued to reach out to the owner and spoke with an attorney to better understand the rules surrounding independent contractors.

After a few weeks of calls and conversations the owner decided she would try and help Dickerson as much as she could, “they did not replace the mattress, but she gave me a vacuum cleaner,” said Dickerson.

The owner of the company was very apologetic but continued to say the salesperson was not an employee. Dickerson was not thrilled that her bed was damaged but at least she did get a free vacuum cleaner.

She paid $6,800 for bad cabinets, now she’s getting money back thanks to Call for Action

‘He spent 40 hours on the phone,’ couple says they got the runaround before getting a $1,000 refund from AT&T

'I can't afford to get sick': Cancer patient gets new home heater after turning to 2 Wants To Know