'If you are a business and you refuse to take cash, you are breaking the law.'

A Mississippi Senator's Facebook post is getting a lot of response. But is what he's saying true? 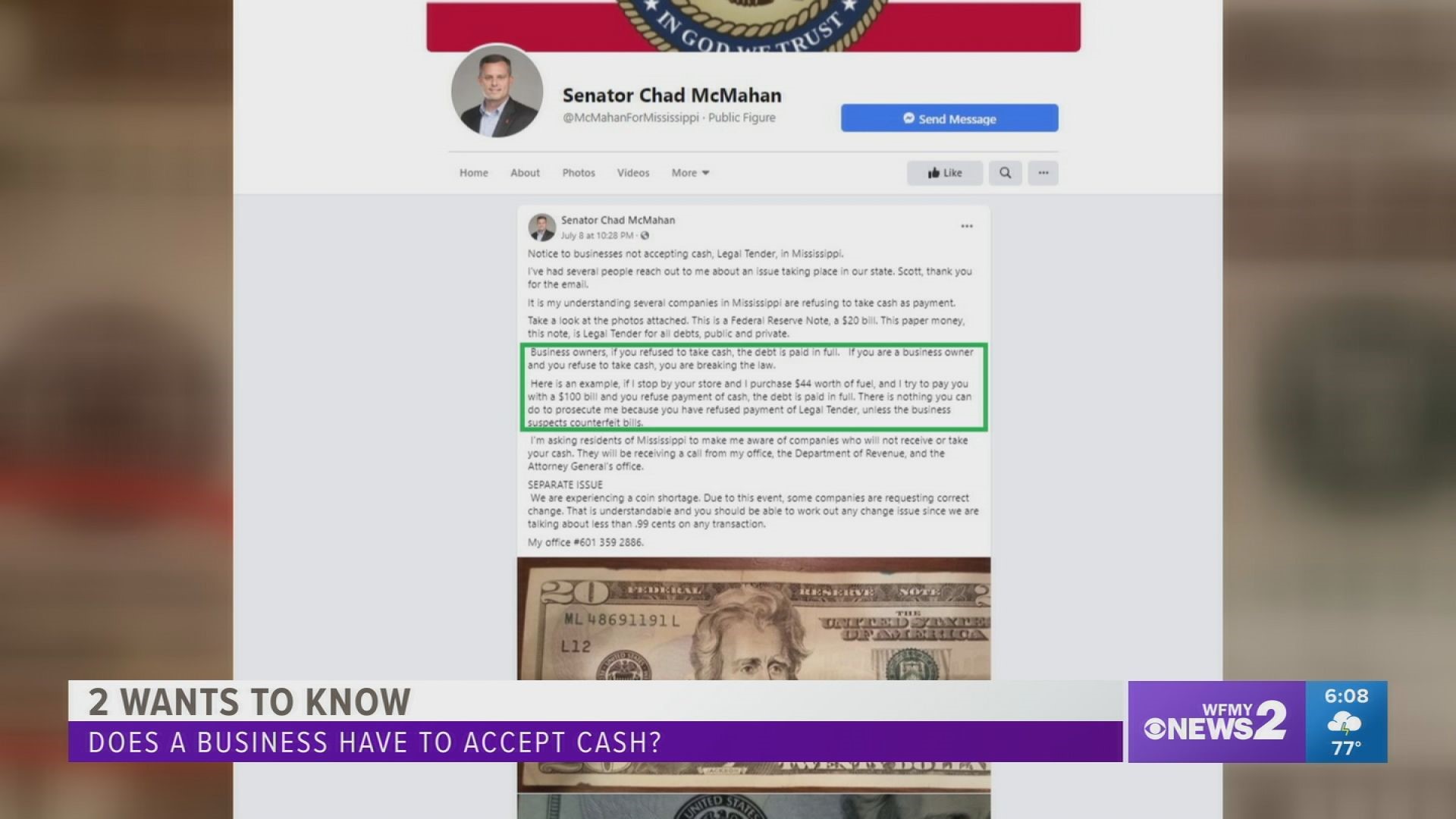 GREENSBORO, N.C. — The coin shortage means retailers from big box stores like Walmart to convenience store chains like 7-Eleven are asking you to not use cash but instead use your card.

None of these stores banned cash, but a lot of people got upset with the ask including a Mississippi Senator. Check out the Facebook page of Senator Chad McMahan.

He gave an example.

This Facebook post has been shared at last count, 66,000 times. Is what the Senator posted true? The short answer is no, but let's explain.

RELATED: Walmart asks customers to use their debit/credit cards instead of cash

RELATED: Exact change only? Why retailers are having a hard time and need your coins.

The Federal Reserve, on a FAQ page, states:

There is no federal statute mandating that a private business or person or an organization must accept currency or coins as payment. Private businesses are free to develop their one polices on whether to accept cash unless there is a state law which says otherwise.

North Carolina doesn't have any ban on any kind of payment, and NC  Attorney General Josh Stein says businesses don't have to put a sign up telling you what they take, but they should.

“It's clearly the right thing to do.  If a retailer isn't going to accept cash, which is a commonly understood way of making payment, they should let their customers know. That's useful information so the customer can decide if they want to do business with that retailer or not.”

According to reports from a CBS station in Mississippi, the senator wants to push Mississippi to adopt a ban on a refusal to accept cash. 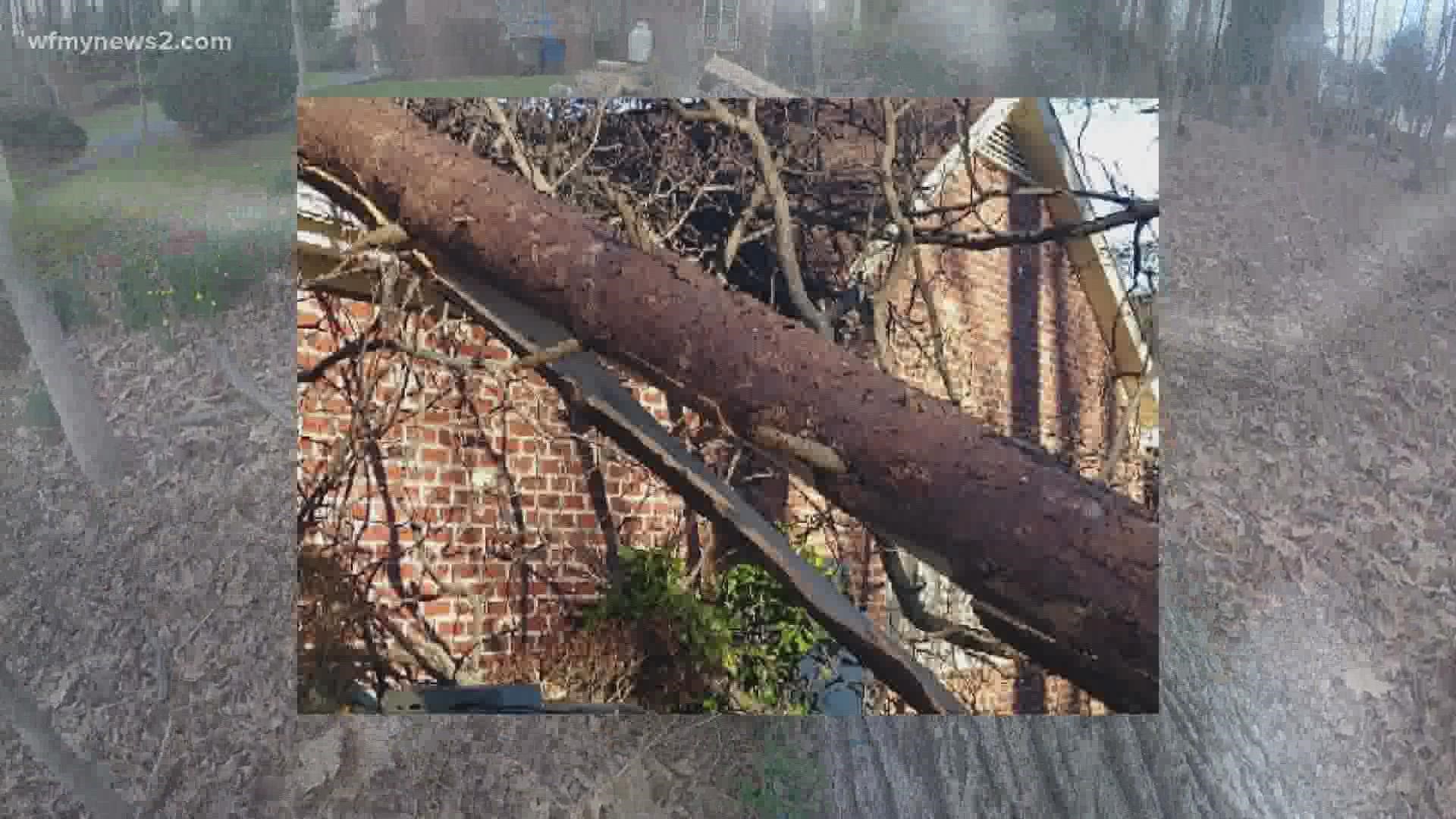