Did you get your NC Pension check?

It's a payday you can count on, even in these uncertain times. The NC Pension gained interest over the last three months. 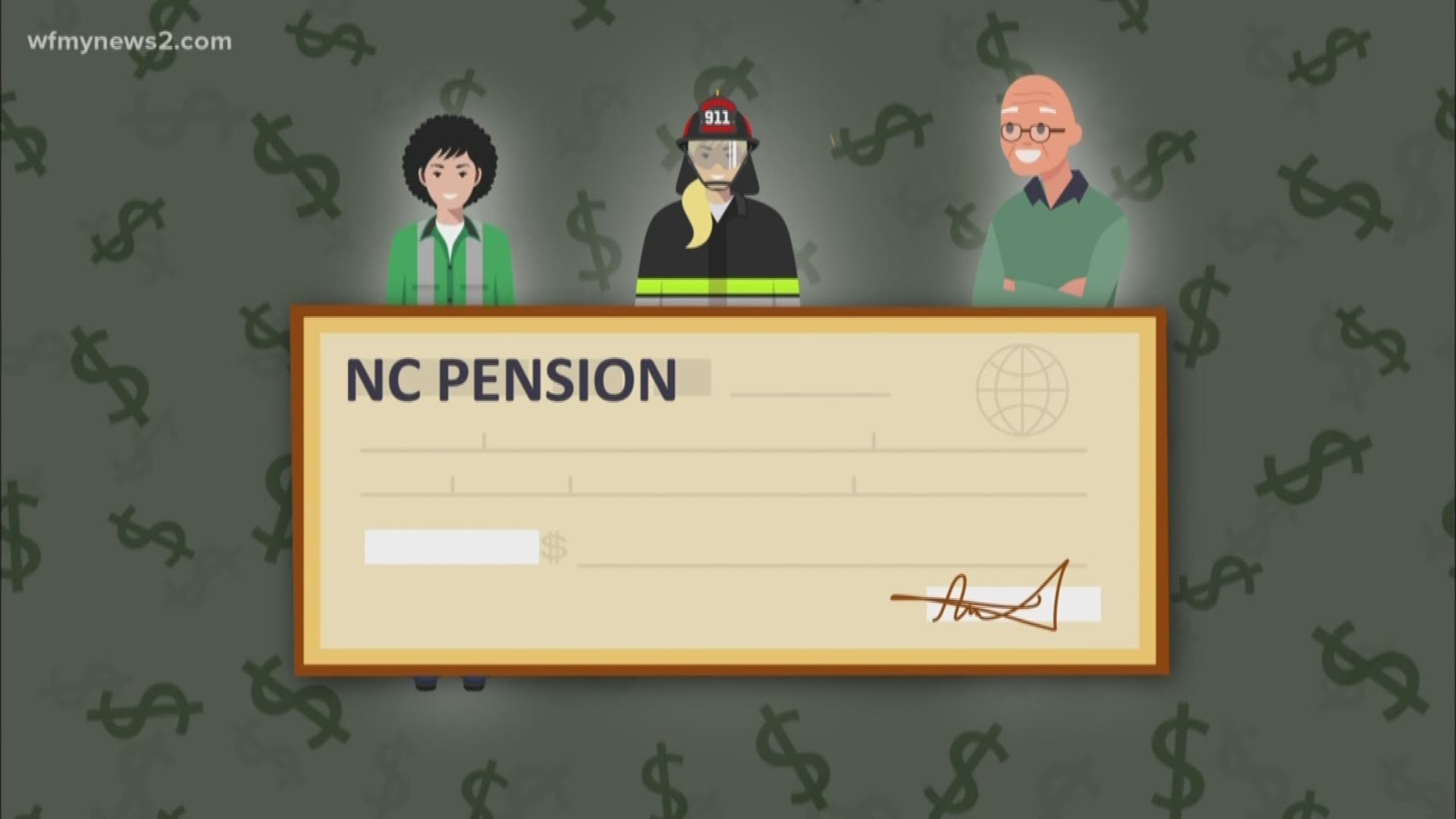 GREENSBORO, N.C. — Can you count on payday? If you are one of the millions of retired police officers, teachers, DOT crews, city, county, or state workers, the answer is absolute.

The NC Pension pays out $1.5 billion every quarter. It's a really good thing the fund has gained 6%, which amounts to $5.6 Billion dollars in interest in the last three months. The total valuation of the NC Pension is $107 Billion.

“With all the anxiety people are facing in their economic life right now,  the safety and security of their public pension are not one of them,” said NC State Treasurer Dale Folwell. “At the end of the day, we are in the check delivery business. We just sent out $540 Million to 320,000 retirees.”

Take a closer look at the breakdown for the Triad area. Eleven thousand people in our area count pension money every month.
All total, those 11,000 local retirees make up $212 Million in pension dollars, which some of it, ends up in our local economy.

The NC Pension System has historically been one of the best in the country according to Moody’s Investors Services. Last fall, a recent stress test by Pew says NC is well-positioned to survive any downturn in the economy without having to resort to increased taxes So far, that is holding true.