In most cases when firefighters are called to a home there's a fire or medical emergency. This time it was the ceiling falling. 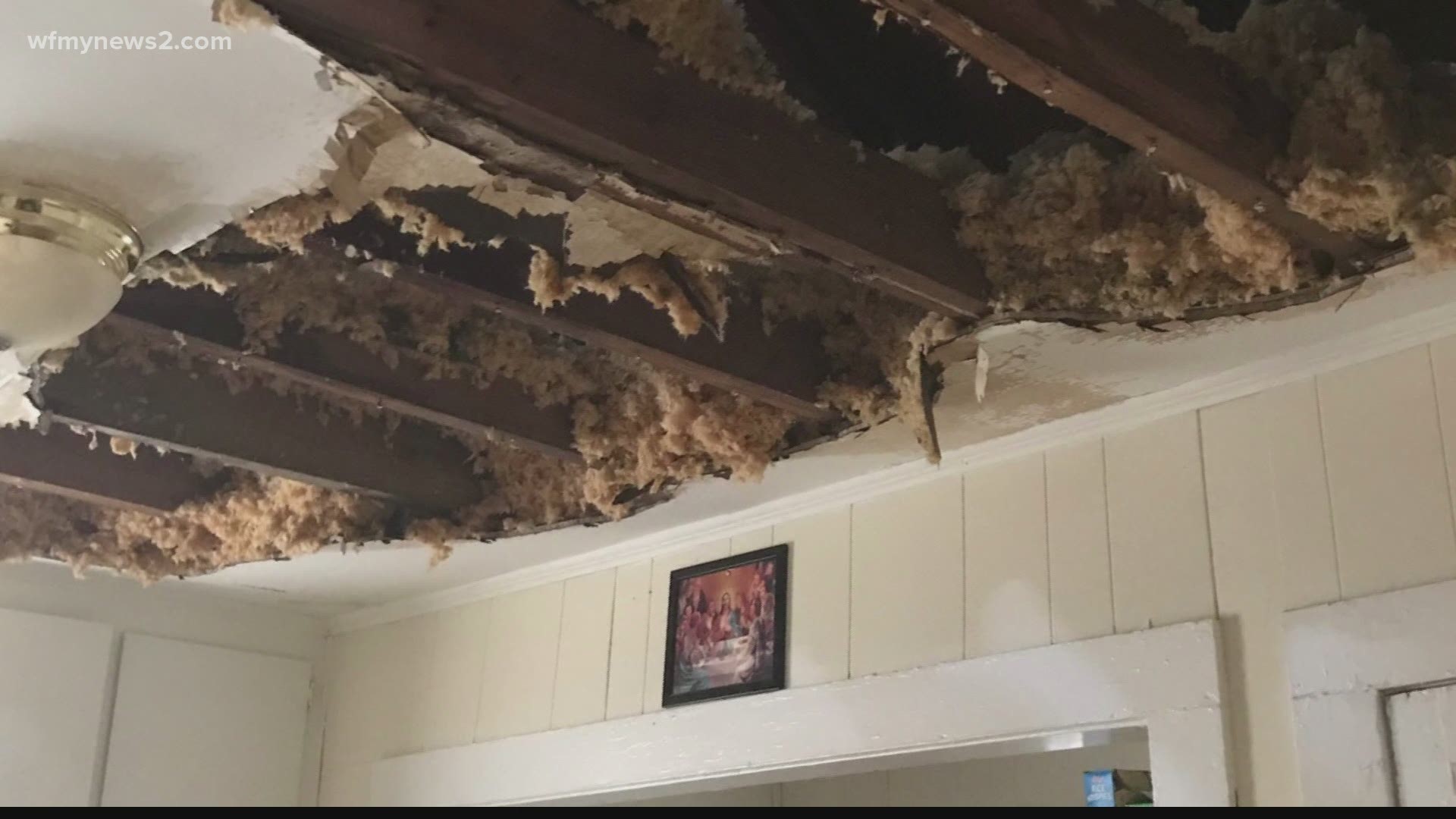 BURLINGTON, N.C. — Ashley Doles says she had complained to her landlord about leaks in the roof for a few months. When it would rain, water would drip from the ceiling in different parts of the home. Several parts of the ceiling were discolored where the water would puddle.

One night in late November Doles was getting ready for bed when the leak became significant. A short time later part of the ceiling came crashing down.

‘It was a big mess; we had to hurry and get out. The fire department did not know if something was going to fall on us,” Doles said.

Not long after one part of the ceiling collapsed other parts started to fall as well. Insulation saturated by water fell in the family room and kitchen.

“We were nervous and scared,” Doles said.

The home was unlivable, which meant Doles and her two young kids needed a place to stay. The Red Cross was called and immediately provided a voucher for a hotel. The damage however was extensive and would possibly take a couple of months to repair.

After contacting the Red Cross Doles reached out to News 2 to see if we could help. We contacted the Red Cross and representatives with the Graham Housing Authority. Doles was able to stay in the hotel a week longer while we searched for a permanent place to stay.

“It (took) a lot of stress off of us so I didn’t have to worry about it,” Doles said.

The list of available section 8 apartments and homes during the pandemic is low. With a moratorium in place and landlords unable to evict section 8 units that would otherwise be available are not.

“I called on several places and they weren’t available,” Doles said.

It took a few days, but we were able to find a couple of options that would work for Doles and her kids. The process however takes time and Doles landlord was able to make the repairs much quicker than expected.

“You (News 2) helped us speed up the process,” Doles said.

The home was ready for Doles and the kids to move back in after only a month. Doles stayed with the family for a couple of weeks until the home was repaired.

“I appreciate everything you (News 2) did helping us,” Doles said.

The family is back in the home while a few final repairs are being finished. A local Church is donating a couple of beds and dressers after the old ones were damaged when the ceiling collapsed.

Doles says the kids are still in need of some extra clothing and shoes that were ruined in the incident. She has started a GoFundMe page if you would like to help.

The bed and dressers are expected to be available next week. Doles said it’s not ideal but at least they have their home back.