The generator was positioned several yards from the home. The unit was being used after a storm knocked out power. Less than 72 hours later, it started a fire. 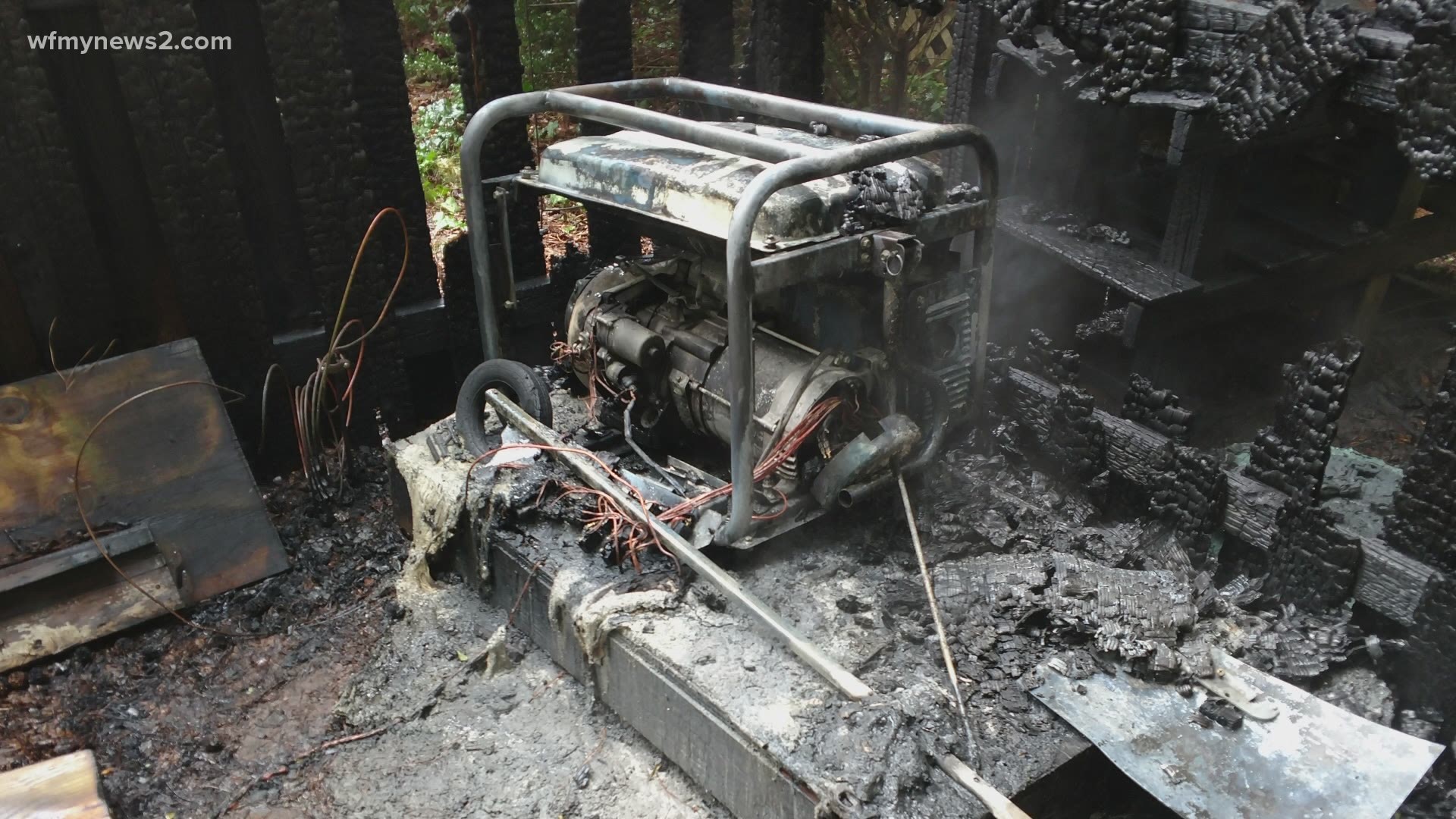 GREENSBORO, N.C. — Byron Ritter and his wife were at home when a storm rolled through the area. The rain was intense and seemed to be non-stop for several hours.

“It came through with a lot of wind,” Ritter said.

At one-point power to his home was knocked out. Ritter ended up grabbing a generator out of the garage he purchased for just such an occasion.

Then on Sunday morning, as they often do Ritter and his wife headed to church. Once service was over, they headed home and were greeted by several fire trucks in front of their home. Lucky for them their neighbors called in the fire.

“They were on their deck outside and they looked up and saw the flames,” Ritter said.

The generator had somehow sparked and ignited a fire. A few seconds later the flames jumped to the fence.

“If somebody hadn’t seen (fire) when it got on the fence it could have eventually got to the house,” Ritter said.

Firefighters were able to prevent the fire from spreading to the home, but a good chunk of the fence was destroyed along with the generator. Ritter reached out to the company where he bought the generator and it agreed to give him a full refund for the equipment.

“The company bought it back at the original price,” Ritter said.

There was however another issue. A good chunk of the fence was destroyed by the fire. Repairing it would not be cheap and Ritter felt the company was responsible and asked them to cover the cost of a new fence.

After several months of talking with different people from the company but not getting anywhere, Ritter reached out to News 2.

“You were my last hope,” Ritter said.

We immediately contacted the company and explained the issue. It took several weeks and a dozen or so phone calls and emails, but the company decided to make a settlement offer to help pay for the cost of the repairs to the fence.

“I just felt relieved because we have basically given up,” Ritter said.

More than 18 months after the fire Ritter was finally sent a check from the company.