It's never fun opening up your power bill every month. When Stephanie Street opened hers recently it was less than fun. 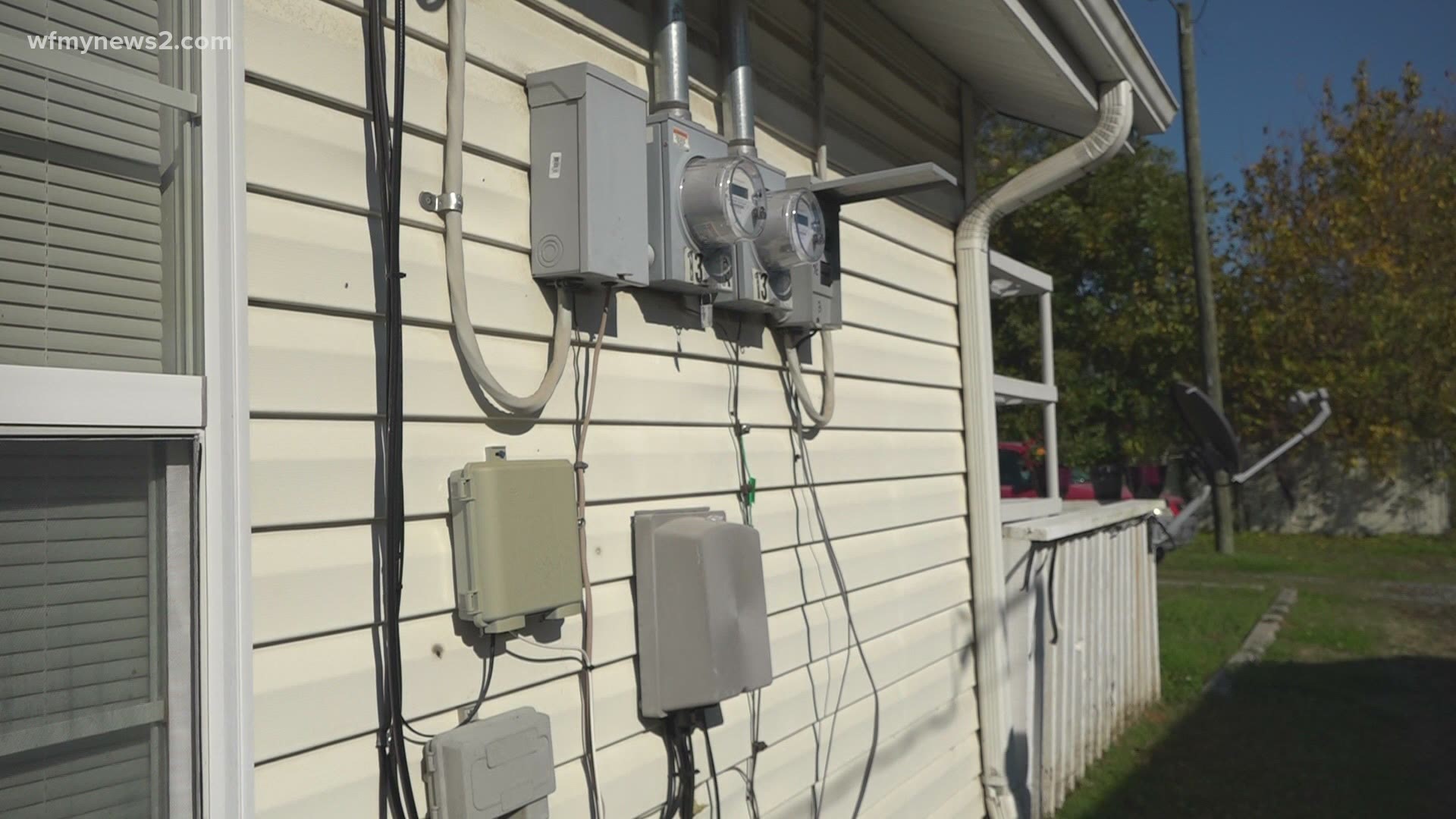 GREENSBORO, N.C. — Stephanie Street moved into her new Greensboro home at the end of 2019. The cozy little unit is a rental she found a couple of weeks earlier.

“I try to keep the place a little neat,” Street said.

On this afternoon Street was outside on an unusually warm winter day at the end of last year. The sun shining bright as she spent the morning sweeping her front steps. The home has been perfect in many ways but there was one big problem that started at the beginning of 2020.

The Duke Energy electric box on the side of the house was working but the meter was not relaying usage to Duke Energy. Street didn’t think much about not receiving a bill since she had signed up for a special grant with a local agency. Street simply thought the $300 she was awarded was going to her Duke power bill.

“I thought (Duke Energy) wasn’t charging me because of the COVID situation and I also had been approved for $300 in assistance,” Street said.

It was sometime around September or October that Street started thinking she had never seen a bill for her electric use, so she called Duke Energy.

A support person came to the house and did some checking around the electrical box. It was determined that someone tampered with the electric box.

“(Duke Energy) checked the system and sent somebody out, (Duke Energy) was trying to say it was something I did on my part,” Street said.

After a bit more investigating Duke Energy concluded Street had nothing to do with the tampered electrical box but there was still an issue with the outstanding bill for the power she had used.

A couple of weeks after the technician came to the house Street received a bill for the previous months.

“I stood straight up in bed and I was flipping out, I called (Duke Energy) immediately,” Street said.

The bill was for $922 for what was about eight to nine months of non-payment. Street says a Duke representative was not willing to change or reduce the bill when she explained her financial situation.

We reached out to a representative with Duke Energy and explained the situation and told them we were investigating the matter. We also asked if it could review the case and get back to us with some details.

“I was really upset about the whole issue,” Street said.

“I love 2 Wants to Know, you all are the best thing we ever have here in the city, in the county, in the United States, period,” Street said.

Duke Energy and Street agreed on a payment plan that would fit her budget since she is on disability and has a fixed income.

“It’s a blessing (News 2) was able to help me, I thank you from the bottom of my heart,” Street said.