No big fireworks show for July 4th in Greensboro, but there is a 'special event' being planned!

The special event should be released Friday. If you're buying at-home fireworks, you could see shortages this year. 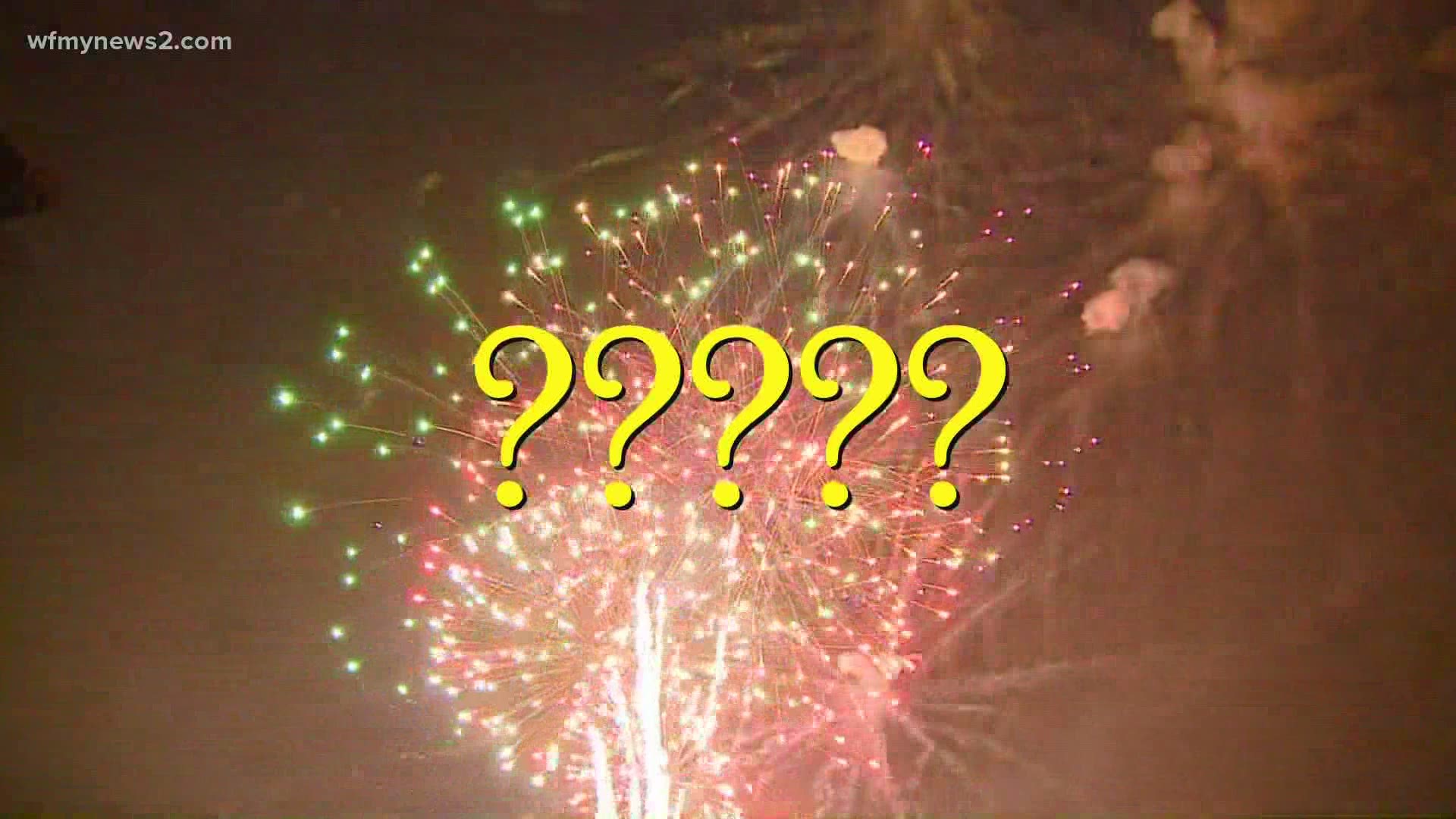 GREENSBORO, N.C. — Will we be seeing big fireworks displays this year?

Downtown Greensboro Incorporated said there will be no fireworks show, but there will be a scaled-down Fun Fourth with music performances. More information should be out in a week.

The City of Greensboro isn’t putting on a fireworks show either. Jake Keys said by the time it was clear we could all be out for the Fourth, it was too late to schedule a fireworks show, but the Keys said there are plans for some sort of special event around the Fourth and we should know what that event is by Friday, June 11, 2021.

To add to the no big fireworks events, there's a shortage of fireworks you do at home. The product is being made, but the problem is shipping.

“It takes a lot longer than it used to, to deliver to us. It used to take maybe 30 days by the time it left china to get to our door and now it's taking maybe somewhere around 65-80 days to get here,” said Vince Bellino, of Bellino Fireworks.

Yes, fireworks come from China, and it’s not a new thing. In fact, fireworks were invented in China.

In second-century China, bamboo sticks were thrown into the fire to ward off evil spirits.

By 600 AD gunpowder was poured into the bamboo sticks. Fast forward to the 13th century in Europe, then gunpowder was put in paper tubes and used for religious festivals, entertainment, and illumination.