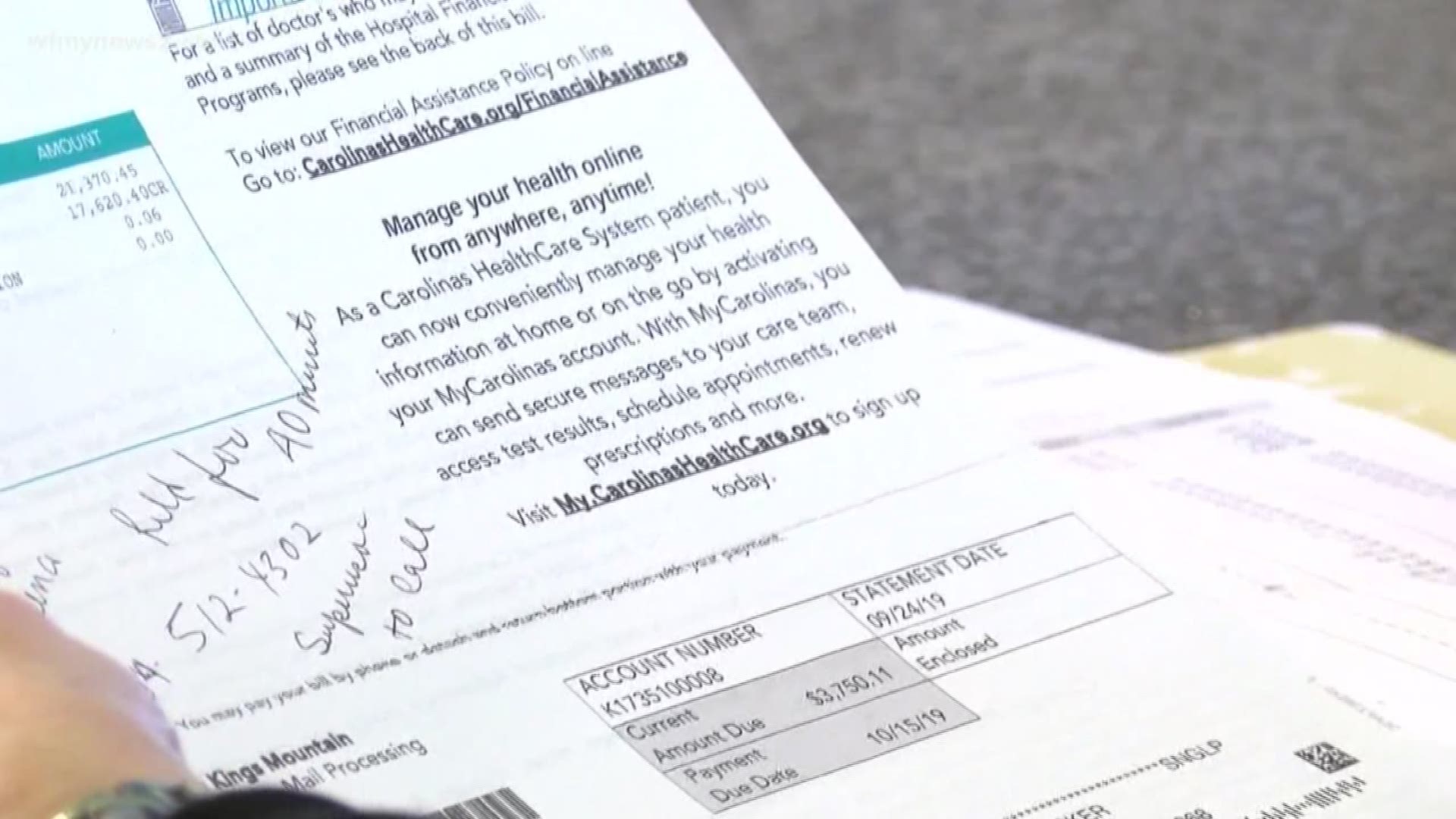 GASTON COUNTY, N.C. (WBTV) - A Gaston County woman spent nearly eight months disputing a medical bill she received nearly a year and a half after she received emergency room care. After contacting WBTV, her medical bill was forgiven.

She says she had pneumonia in both of her lungs. She was in hospital for four days and was happy with her care. Having already met her deductible earlier that year, she didn’t expect to pay anything for the care she received.

According to WBTV, in January of 2018, she received an explanation of benefits (EOB) from her insurer. Insurance covered more than $21,000 of the care she received. The EOB stated she may receive a bill for the remaining amount from Atrium Health. But Tucker says she never received a bill, until nearly a year and a half later.

She called the hospital’s billing department right away to dispute the charge since she knew she met her deductible before this visit.

In a document provided by her insurance, they explained they didn’t cover the entire bill because the overnight stay was not pre-approved. Tucker says she shouldn’t have had to get pre-approval since she was following her doctor’s advice and it was an emergency.

Here is why the timing of the hospital bill mattered: when she filed an appeal with her insurance company, they responded by saying the time to appeal had already expired. So, she continued calling Atrium Health.