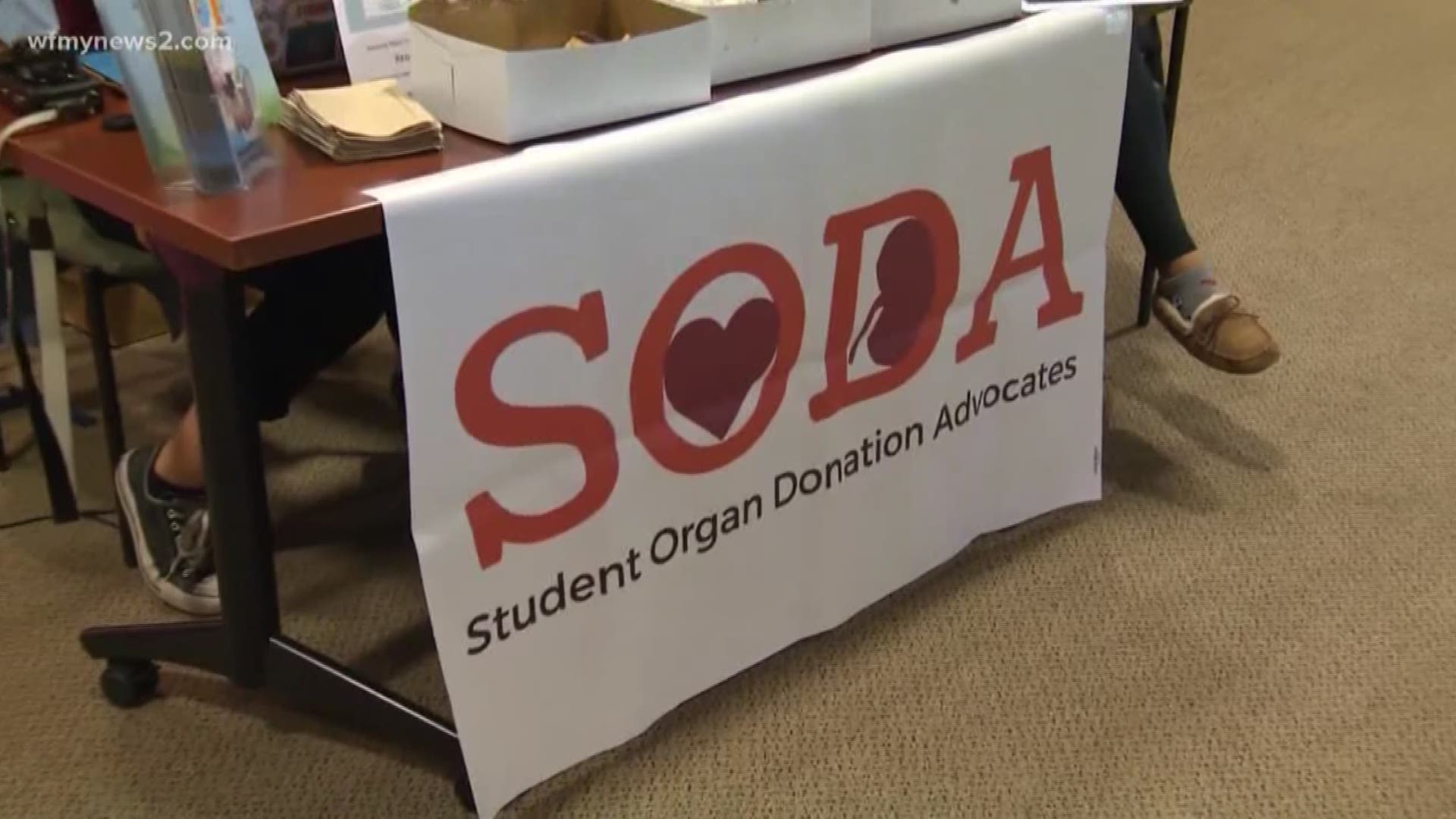 GREENSBORO, N.C. — With the massive shortage of organs in this country, one organization is now going after students to fill the gap. More than 120,000 people nationwide are waiting for organs.

Dr. Sander Florman is the director of the Recanati/Miller Transplantation Institute at Mount Sinai Hospital and says there is a major imbalance between supply and demand. "We desperately need more organs and this is a matter of life and death. This is life-saving for most of the people who are waiting," he says.

Corey Windham recently decided to become an organ donor, signing up on his college campus at Quinnipiac University. "I saw this event and I was like this is the perfect opportunity to help other people," he says. Fellow classmates recruited him at a registration drive targeting young people run by an organization called SODA, or Student Organ Donation Advocates.

For Sara Miller, who started the group when she was just 18 at Washington University in St. Louis, the mission is personal. "My sister passed away at the young age of 14," she says. "On the worst day of our lives, my family decided that Laura would be an organ donor. And little did we know a thousand miles away in upstate New York, a special education teacher was dying of liver failure. And my sister's liver was the reason that this special education teacher, Trish, is able to be alive today. "

Since Miller launched her first student group five years ago, it's expanded to 21 chapters at high schools and colleges across the country. SODA has already registered over 650 students and educated more than 2,600. "We believe that students are a critical component to helping reduce the organ shortage," she says. Miller hopes her family's story will encourage more young people to register to donate and save lives just as her sister did.

The Donor Heart On Your License Doesn't Mean The Same Anymore.

Noah Chambers is Saving Up to Seven Lives After His Death, Family Says