DH Griffin Jr. remembers 9/11: He started as a volunteer & ended up in charge of the ground zero clean-up site

DH Griffin Jr. started as a volunteer, then a consultant. The idea he had for Tower 2 put him in charge of the whole site. 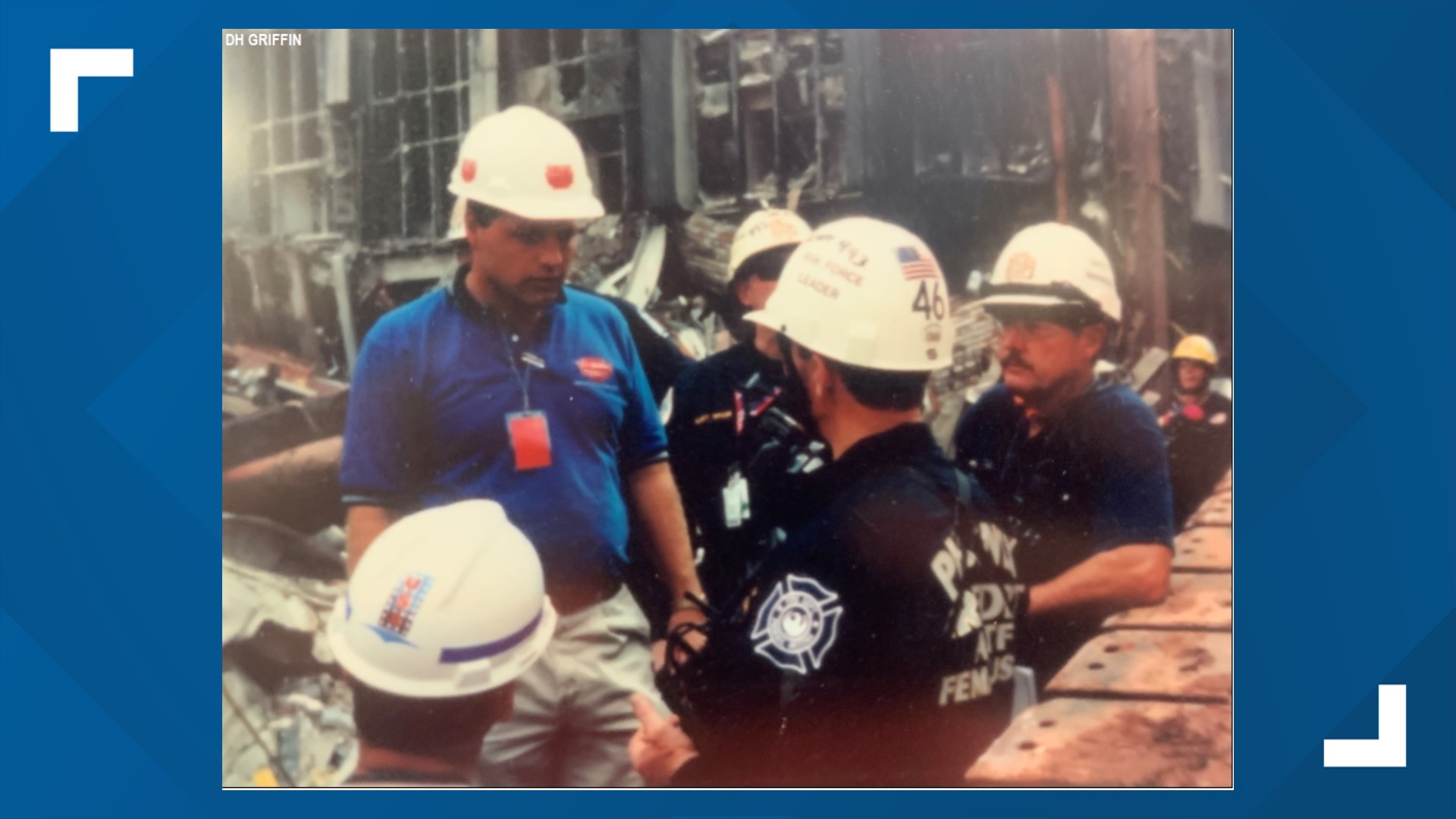 GREENSBORO, N.C. — There are countless stories to be told about 9/11. From the heroes, the loved ones lost, the way all our lives were changed because of that day nearly 20 years ago.

While most of us were watching what happened on TV and calling our families that day, DH Griffin Junior was on the road to ground zero, calling other demo companies.

“I started out as a volunteer and then got hired on as a consultant for Tower 2 and then was in about 15 days, I was put in charge of the whole site,”

How did a guy from North Carolina become the point person for the 9/11 clean-up?

“When I was speaking no one thought I was from Brooklyn. (laughing) When we got onsite we started making some early decisions and some of the decisions we made started getting on other people's radar,” said Griffin.

The biggest decision, how to bring down a curtain wall that was 27 stories tall from Tower 2. DH Griffin's plan would take about an hour. The other company's plan would take 45 days and cost millions of dollars.

“Our logic was, if you take a can and wiggle it, it will crack and fail. And from the lobby level up the 27 stories, was a bolted connection in the vertical, so we felt if we could loosen it, and wiggle it like a drink can, those bolts would fatigue and fail and collapse the wall,” said Griffin.

He says his crew had done something similar to this with a smaller structure and it worked so they believed this cable idea would work in this situation.

“Even the engineers made fun of us like, oh is this a tractor pull. They made fun of us, being from the south and I said call it what you will but I think it will work,” said Griffin.

It did. Within an hour, the 27-story curtain wall was down.

“My philosophy on life is to kill them with kindness. You just be nice and eventually, you would win people over not only with the decisions we made, but we tried to be nice to everybody,” said Griffin. 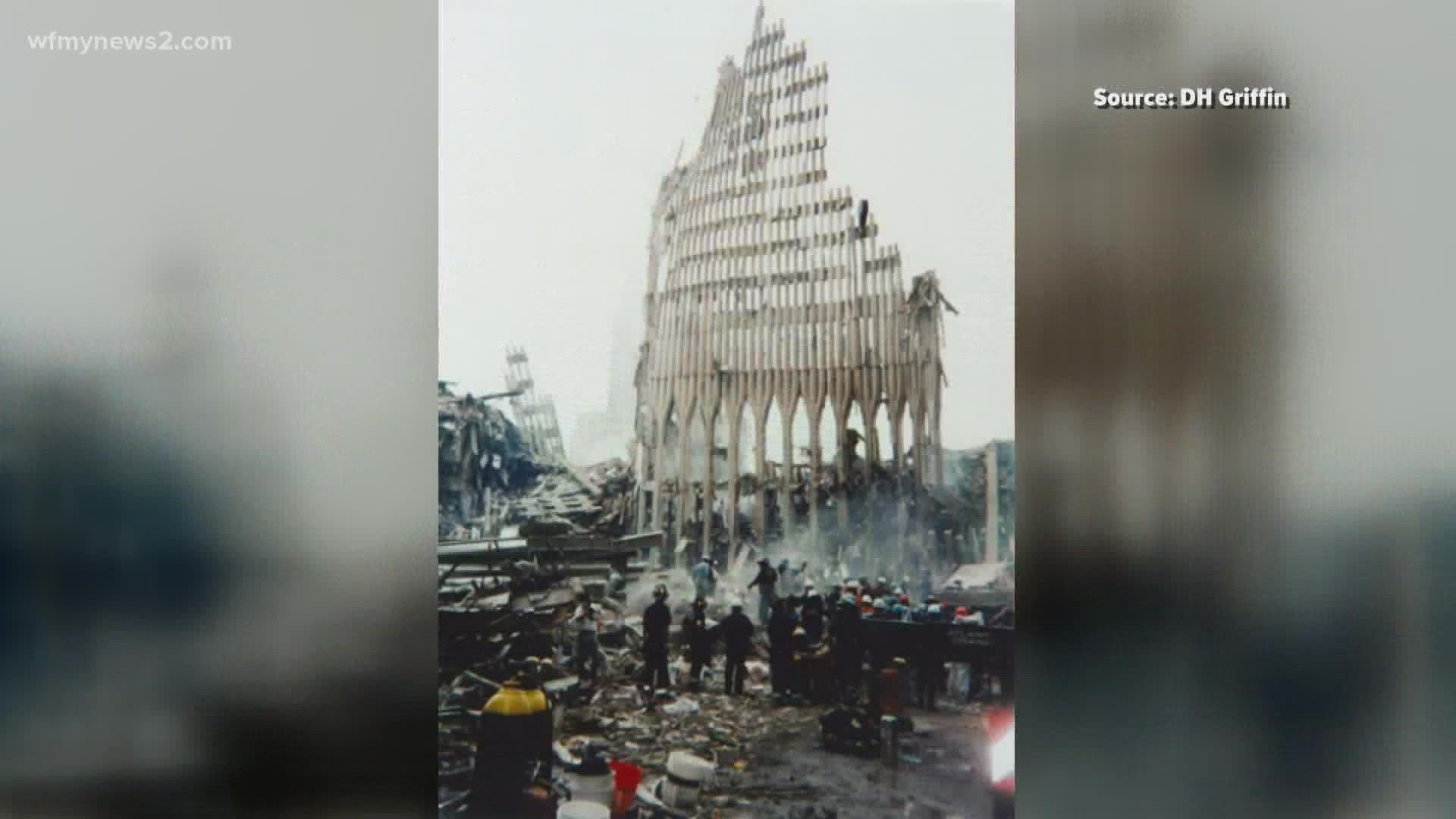 Griffin ended up being there for 9 months, his company was on-site for 19 months total. He calls his day in and day out at Ground Zero an emotional roller coaster and a spiritual roller coaster.

“I think the first couple of months, looking back, it was just adrenaline.
the project was going 24 hours a day 7 days a week,” said Griffin. He was working alongside first responders, police, firefighters. Even though he had never seen that kind of carnage before, he says those first responders hadn’t either.

“I had a fireman tell me one time, a bad fire would be five people that passed, which is tragic, but even firefighters haven't dealt with so much loss of life. The thing I kept telling myself was let’s use the same care, control and courtesy of how we deal with this as if it was your mom  your dad your brother,” said Griffin.

He says it was an honor to be there at a really tragic point and time in history of America.

“I just hope as America, we never forget what happened there.”