It seemed like the perfect house at the perfect price. The family paid the deposit and moved in. Three days later, they learned they'd been scammed. 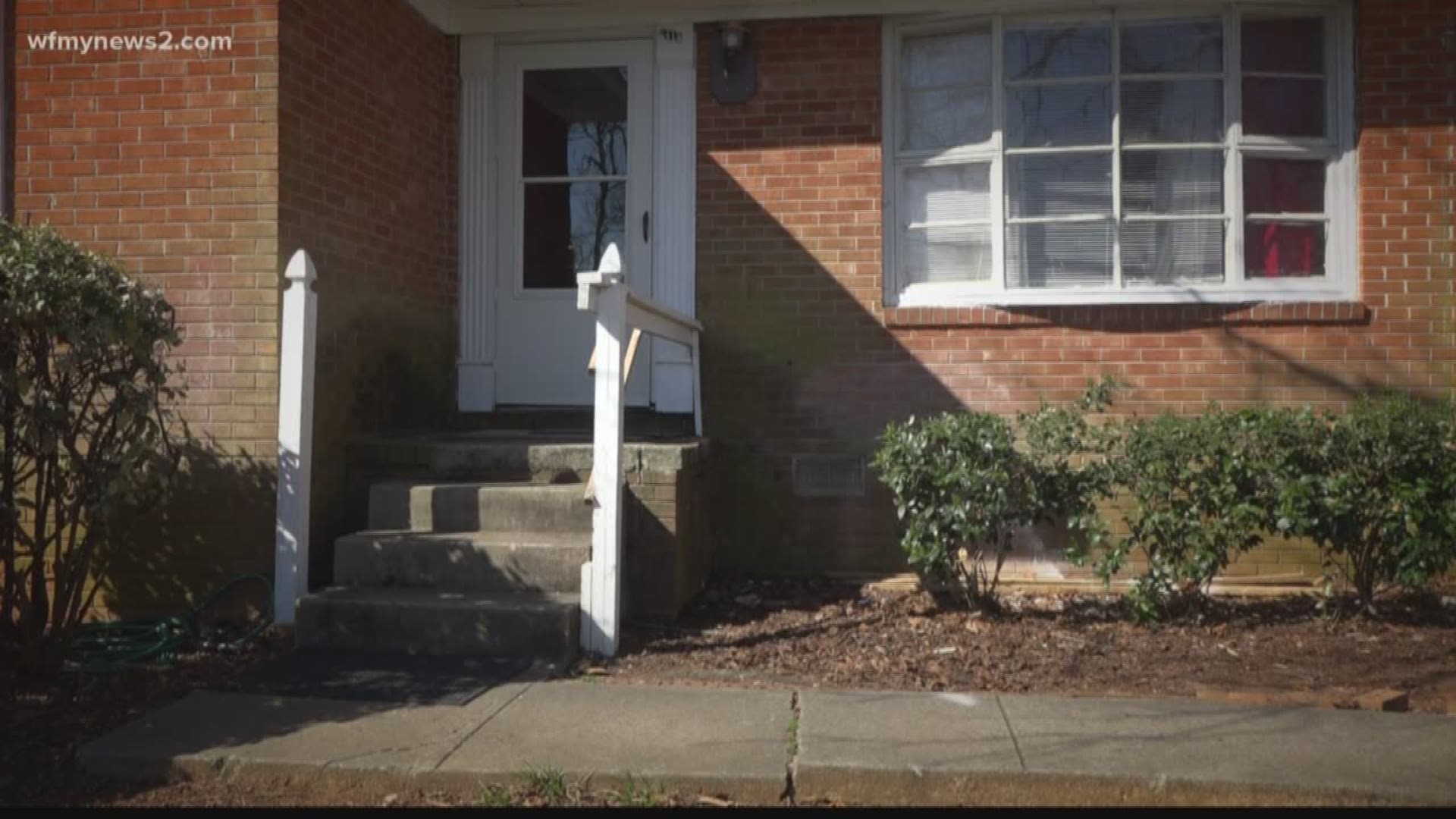 If you’ve ever looked for a home to rent, you understand how exhausting it can be. It often starts with an on-line search of what can be hundreds maybe thousands of homes. You then you contact the owners of the homes you like to schedule a visit. You then drive around to what could be five or more homes hoping you like one.

Potential renters can easily spend dozens of hours looking for the right home. Filling out applications and credit checks are just a small part of the process. If the renter is not approved for a specific home the process can start all over again.

Ronald and Tracy Holt know how tedious and often frustrating the process can be, “It wasn’t easy, but we found a home we liked and put down a deposit,” said Tracy Holt. At the time the Holts thought the worst part of their rental experience was over, unfortunately it was just beginning.

Three days after the family moved into the home, the awful happened. They were still in the process of unpacking when a rental agent from American Homes 4 Rent knocked on the door. “He says no one is supposed to be here, I said what do you mean we paid the rent,” said Tracy Holt.

The agent made a few phone calls while the family was trying to figure out what was going on. A few minutes later he came back and told them the company that American Homes 4 Rent had no record of them signing a lease or renting the home, “I didn’t know what was going on,” said Tracy Holt.

The Holts would soon realize the man who rented them the home was not the owner, the entire situation was an elaborate scam. The man simply posted pictures of the home he stole off the internet and created a fake rental page, “I was under the impression it was a legitimate transaction,” said Tracy Holt.

The couple never met with the man but talked several times on the phone, even filing out a credit application, “He said he and his wife found the application acceptable and they would like to rent their home to us,” said Tracy Holt.

The next day after filing out the credit application Tracy sent the man $1,700 for the first month’s rent and deposit. She also had to pay about $100 for the credit check, “I just wanted to cry,” said Tracy Holt.

The scam is not new, but this guy was good, using pictures of the home listed by American Homes 4 Rent and creating an identical listing on Zulu and Craig’s List. He would just change the phone on the listing page so all potential renter calls would come to him.

All he had to do was provide a credit card number that could have been stolen or fake. The number was kept on file and American Homes 4 Rent provided him an access code he could use to view any property.

When the Holts called to look at the home, he told them to text him when they arrived at the home and he would give them the access code. He would then text American Homes 4 Rent, get the code for that house on that day and send it to the Holts, “It was easy, he just sent us the code and we accessed the lock box that had the key,” said Tracy Holt.

The access code only works for 10 to 15 minutes so he made sure the Holts were at the home before giving them the code, “It just hurts more than anything else,” said Ronald Holt.

The night they moved in the Holts were again told to text him when they arrived, and he would give them the access code. He would again call American Homes 4 Rent, get the code and give it to the Holts. He told them to go ahead and keep the key inside the lock box and to make copies.

The Holt’s spent the next three days unpacking and setting up all their utilities before an American Homes 4 Rent representative broke the bad news, “We didn’t think anything out of normal was going on, I can’t believe it” said Tracy Holt.

We then reached out to American Homes 4 Rent to see what it’s doing to prevent this from happening. We made more than a dozen calls, leaving multiple messages but never received a call back.

We then reached out to the Better Business Bureau, “The scammers have figured out that they can steal listings on line and pretend to be the landlord,” said BBB Spokesperson Lechelle Yates.

In the case of American Homes 4 Rent the problem apparently runs much deeper with people all across the nation complaining they were victimized by adds duplicated from American Homes 4 Rent properties, “They need to put measures in place to help consumers avoid these situations,” said BBB Spokesperson John Novaria.

A couple of the homes we went to did have a warning sticker on the front door to alert people to potential scams. The stickers however could easily be pulled off by the person conducting the scam. Even more concerning appears to be the lack of response that victims are getting when reaching out to American Homes 4 Rent after they’ve been scammed, “We are seeing consumers who are filing complaints through the Better Business Bureau are getting very little satisfaction and very little and very little response,” said Navaria.

In the Holts case, once the scam was uncovered, they asked if they could rent the property through American Homes 4 Rent so they wouldn’t have to move, the company denied that request and did not even run a credit check.

The Holts were given just three days to move out before the company allegedly told them it would have them removed for trespassing.

The family was able to find a new place, but police have not found the man who scammed them and American Homes 4 Rent has not offered to refund any of the money the family lost.