Roofer takes the money and runs, News 2 helps get the job done

Erma Alston noticed a leak coming from the ceiling in her old home. She hired a roofer but after paying him $2,500 he took off. 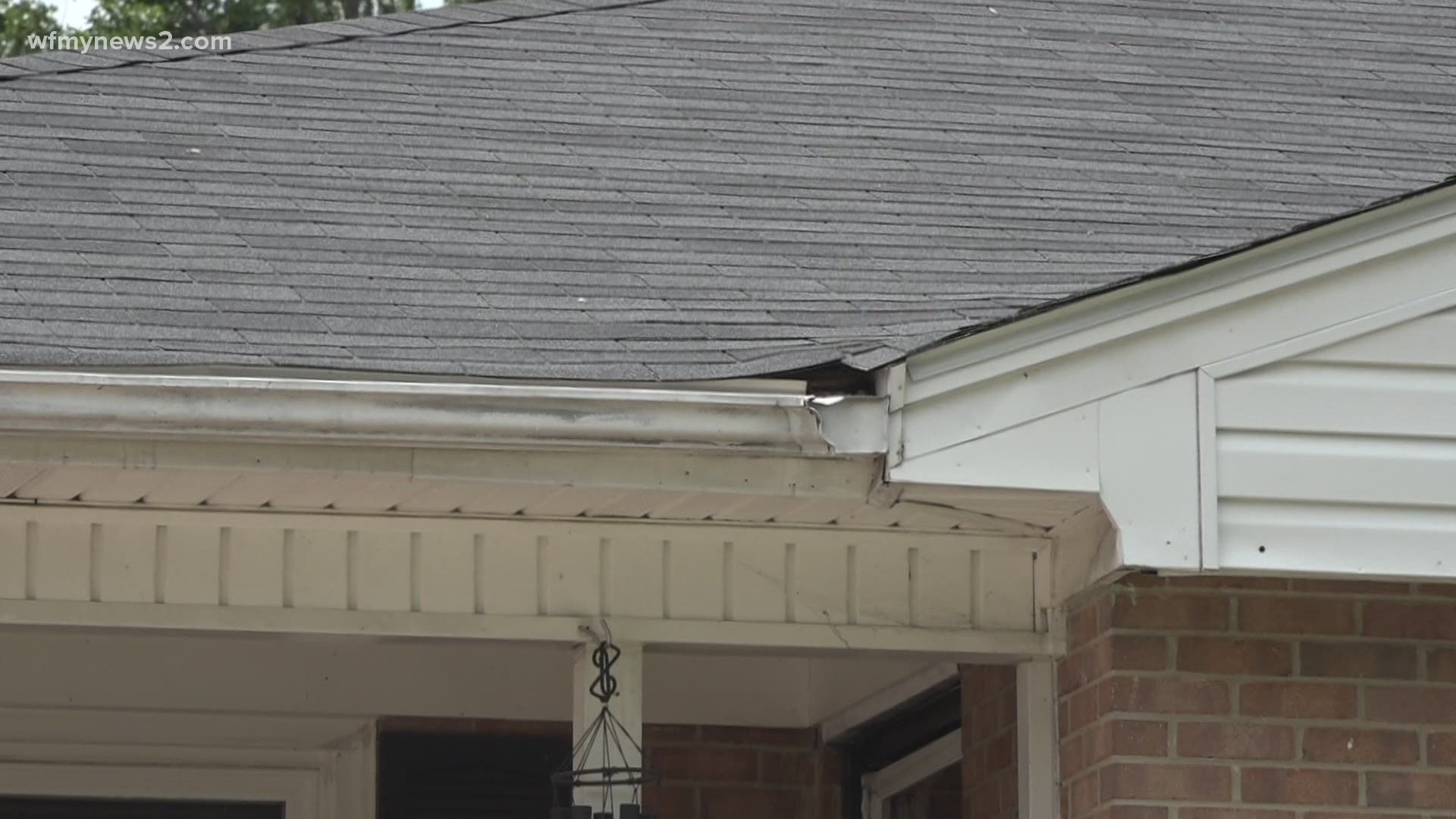 GREENSBORO, N.C. — Erma Alston talks about her cute Greensboro home like it’s an old friend with a sophisticated personality. She loves all the features and boasts about the first time seeing it and how she knew this was the house she wanted to call home.

“From the moment I walked in and saw those bookcases I felt this was my home,” Alston said.

Built in 1959, Alston bought the home in 1990. As a foster mother, she has raised several kids in the home and cherishes every memory.

“It’s been a good place for sure,” Alston said.

Recently the old home started to show its age when the roof started to leak. Alston had never replaced the roof, so it was time for a new one.

“I got in touch with a contractor and had him come out,” Alston said.

Her homeowner’s insurance would cover the cost of the repairs, but Alston was responsible for the $2,500 deductible. Once given a quote, Alston reached out to the insurance company to get a check for the repairs.

She tried to call the roofer, but he would never return her calls. More than 5 months went by before Alston reached out to WFMY News 2 for help. Alston feared she would never recover the money she gave him and had yet to have the roof fixed.

"At first, I was scared. I was nervous. I was like, "Oh, I’m just an old countrywoman and I done got ripped off" and stuff like that,” Alston said.

It took us a few weeks, but we were finally able to reach the roofer who assured us he would complete the job.

“The next thing I know they're bringing the material and putting it in the yard,” Alston said.

The roofer and his crew finished the job less than a week later.

“Yeah, I feel great about it, now. I’m smiling because the roof is done,” Alston said.

These days you will often find Alston sitting inside by the fireplace knowing that if it rains the water won’t be coming in.