It was the trip of a lifetime. Angela Deal and her daughter were going to Europe. But the trip was cancelled by the teacher and not all the money was refunded. 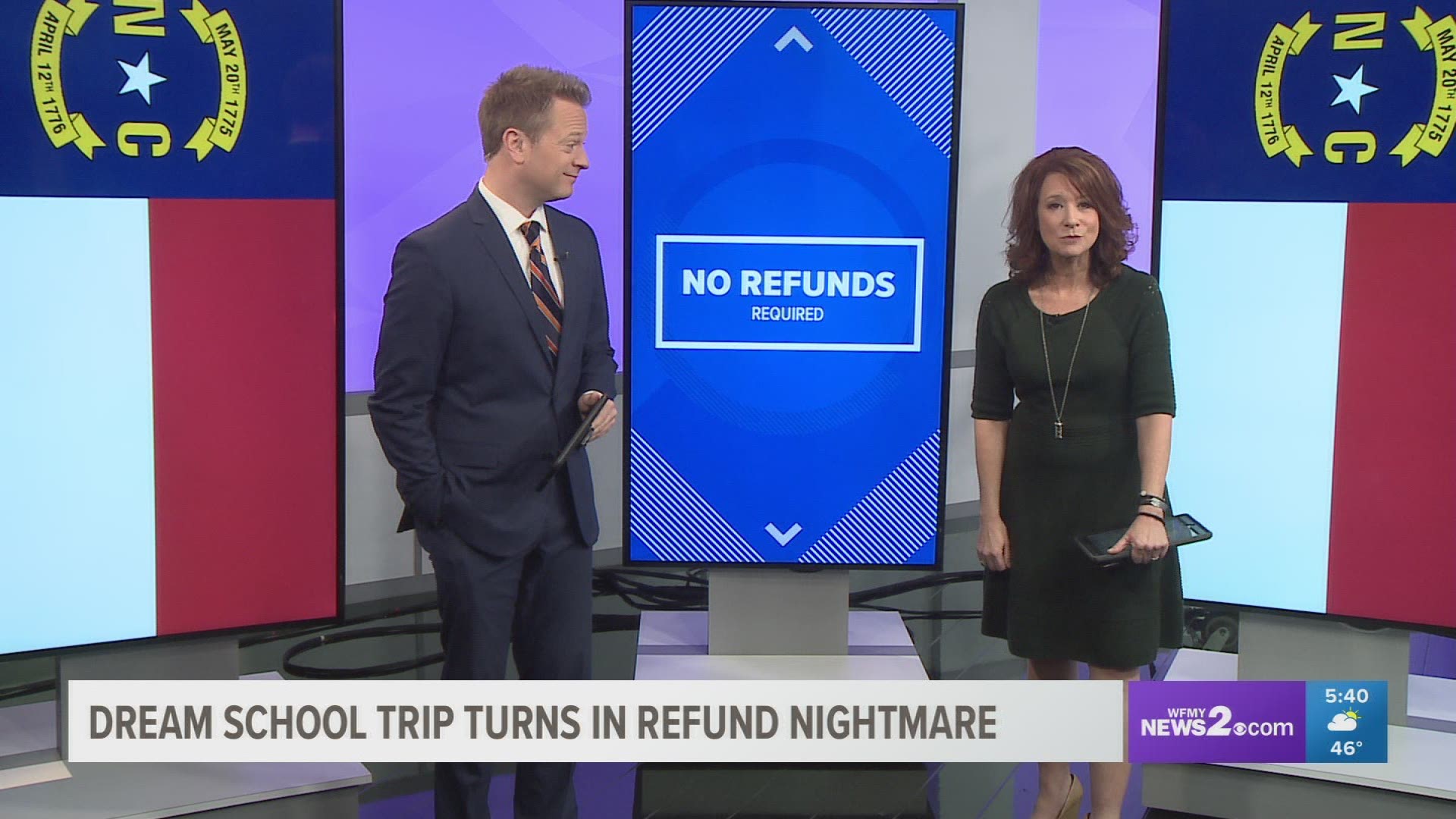 GREENSBORO, N.C. — Angela Deal pulled up to Swann Middle School one afternoon last spring to pick up her daughter. The afternoon pickup is not unusual, but the conversation that followed was a first, “She jumped in the car and said, ‘Guess what! The teacher said they’re planning a trip to Europe! Can we go?’” said Deal.

Her daughter is in a Spanish Immersion magnet program at the school and one of her teachers had started to organize a trip to London, Paris and Madrid. Deal reached out to the teacher and asked if he could send a PowerPoint presentation so she could review it.

The trip was not cheap, but Deal decided that she and her daughter would sign up, “It was a once-in-a-lifetime trip,” said Deal. “She (my daughter) was super excited.”

Around April of last year, Deal went to the tour company’s website, as directed to by the teacher, opened an account and started to make monthly payments toward the trip. In the five months that followed, Deal sent about $1,500 to the tour company.

Then in October, she received a call from the teacher, “He said ‘I’m sorry to inform you but there is a lack of interest and we are not able to proceed with the trip,' I was surprised,” said Deal.

The teacher-directed Deal to the tour company to get a refund. Deal spoke to a representative at the tour company and while it did not have to, the company agreed to waive the cancellation fee, but could not refund all the money. After the refund, Deal was still out about $520, “I said I don’t understand, I did not cancel, I was making payments,” said Deal.

At that point, Deal again reached out to the school, but it appeared there was nothing it could do to get the money back. At this point, Deal wasn’t sure what to do, “Should I get a lawyer or call the Better Business Bureau?” said Deal.

Instead of either of those options, she decided to reach out to our Call for Action Team to see if we could help. Our team reached out to both the tour company and the school district. The tour company told us it was only able to refund what it already did and the rest of the money was not refundable.

A spokesperson for the Guilford County School District said it would investigate the matter and get back to us. A few days later we were told that Deal would be getting a refund of the remaining $520 she paid. The principal called Deal to come by the school to pick up a check, “I was just ecstatic - this is like a Christmas present I wasn’t expecting,” said Deal.

The District determined the proper protocols and procedures were not followed by the teacher. All trips like this need to go through the district. Parents would pay the district to ensure no money is sent to the tour operator until enough parents and students have signed up.

The school district released a statement about this situation: “This was not a school-sponsored trip, nor were district guidelines followed. The teacher made a mistake and has rectified the situation,” Nora Carr, Chief of Staff.

RELATED: Cutting the cord could cost you money if you're not careful