Court records show Avion Bell had a history of violence with a gun, but the prosecutor says the cases against Bell were tough to prove. 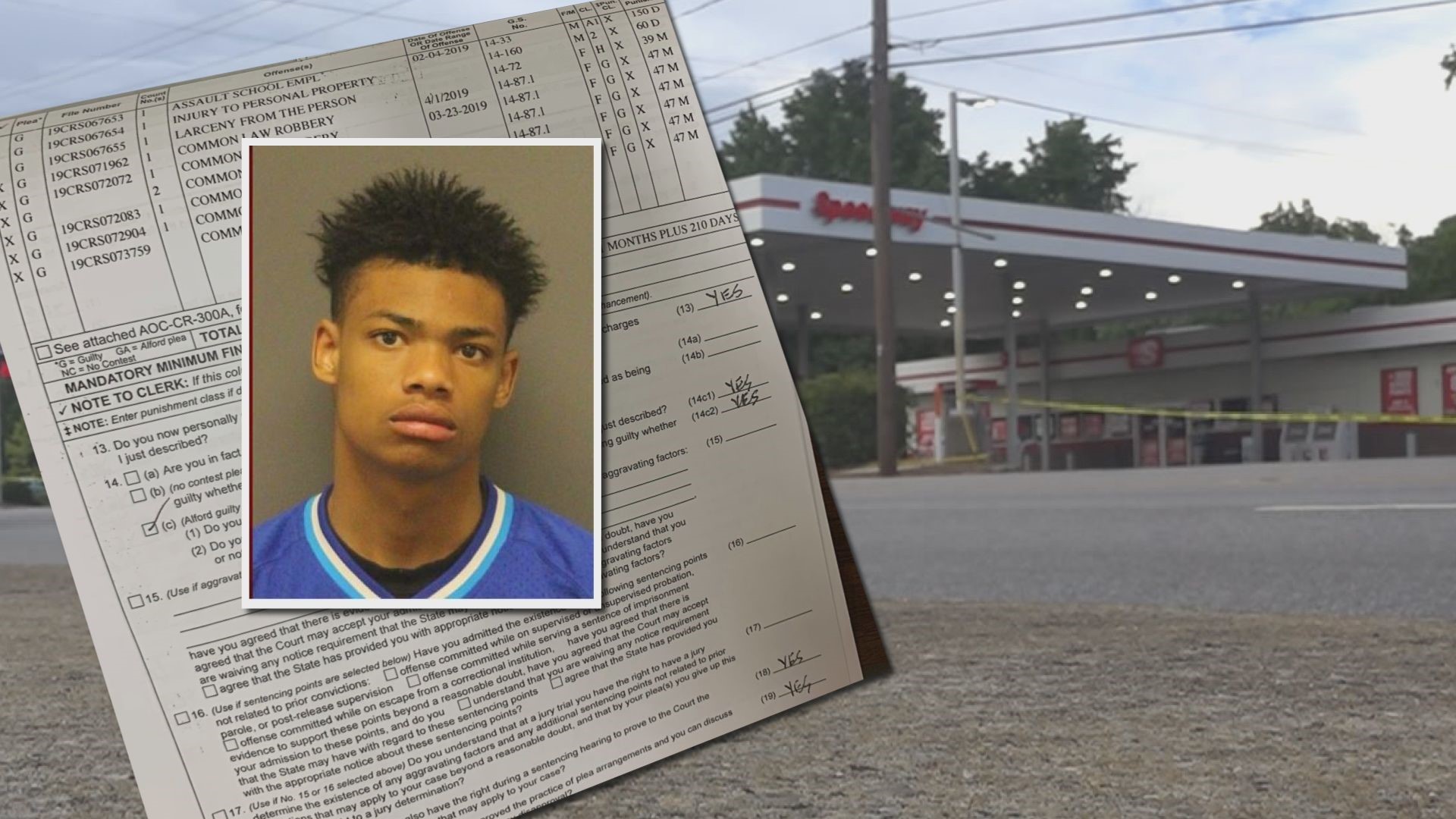 GREENSBORO, N.C. — A 2 Wants To Know investigation has uncovered new details about why prosecutors gave the Speedway shooting suspect, Avion Bell, a plea deal that reduced his previous violent crimes down to lesser charges allowing him to walk free before this month's deadly shooting. There was not enough evidence to convict him.

For weeks, the Guilford County District Attorney's Office has been facing a public outcry over how they've handled Bell's history of crime. One viewer posting on our Facebook page: "This monster should have not been on probation! He should have still been sitting in jail!!!" Another adding: "Another example of our broken justice system letting violent criminals off with slaps on the wrist until they kill someone."

"I would like to have a conversation with the DA and the Judges about what it is they look for when it comes to bail because the young man who shot the woman at the Speedway had been arrested before on gun charges," Vaughan said.

RELATED: 'Everyone wants to solve their problems with a gun' | Greensboro City Council discusses rash of violent crimes

Now we know prosecutors gave this plea deal to Avion Bell for his history of violence because they said the victims were not able to identify the suspect. That put Bell back on the streets just months before police say he robbed the Speedway, killing the clerk.

Greensboro police said 2019 was when Bell first hit their radar after going on a string of armed robberies, including one where the victim said he shot at her car. Over the phone, she said he needed to be behind bars.

"Shooting at me, I think he should've gone to prison for a long time," the victim said.

Court records show the Guilford County District Attorney's Office gave him a plea deal for the entire string of crimes reducing the charge from robbery with a dangerous weapon to common law robbery. The lower charge did not factor in that he had a gun, much less that he shot at someone. To find out why, we asked the guy who signed off on the deal, Assistant District Attorney Chris Parrish.

"Not one of the witnesses in each of those cases could positively identify Mr. Bell as being the individual who robbed them. No one could pick him out of a lineup," Parrish said. "It absolutely reduces the chances of a conviction 10-fold because there was no physical evidence tying him to each armed robbery. Don't get me wrong, I'm not victim-blaming. I'm saying they told the truth when they said they can't finger this guy. 'I'm not sure.' 'Yeah, it kind of looks like him. But I can't positively identify him.'"

According to case files, investigators did turn up three of Bell's fingerprints. The ADA said each one could have been explained away by a good defense attorney.

"His story to police is, 'Oh yeah, I drove that car. But that is because somebody else brought it to me and paid me $50 to drive it from point a to point b.' I can't disprove that in court," Parrish said. "I am appalled that anyone would utilize the death of this store clerk to make it seem like we are not doing our jobs. Because that is disgusting. We care about the people that we want to protect in any way we can through the judicial process. But when you go before a jury, you've got 12 people sitting there, and you have to convince those people within the rules of law and rules of evidence that this individual committed a crime beyond a reasonable doubt. And that is a very hard thing to do. It's the highest burden in the system, and it should be because you're talking about someone's liberty."

Parrish said he will also be the one prosecuting Avion Bell for the Speedway shooting. Police said in this case, they have a handgun linking Bell to the crime and surveillance video of Bell to use in the trial.

Bell is being held at the Guilford County Jail without bond.

RELATED: 'She touched the lives of so many' | Friends of Patricia Grant hold vigil to honor her life