The payments could be in mailboxes and bank accounts as early as mid-to-late March. 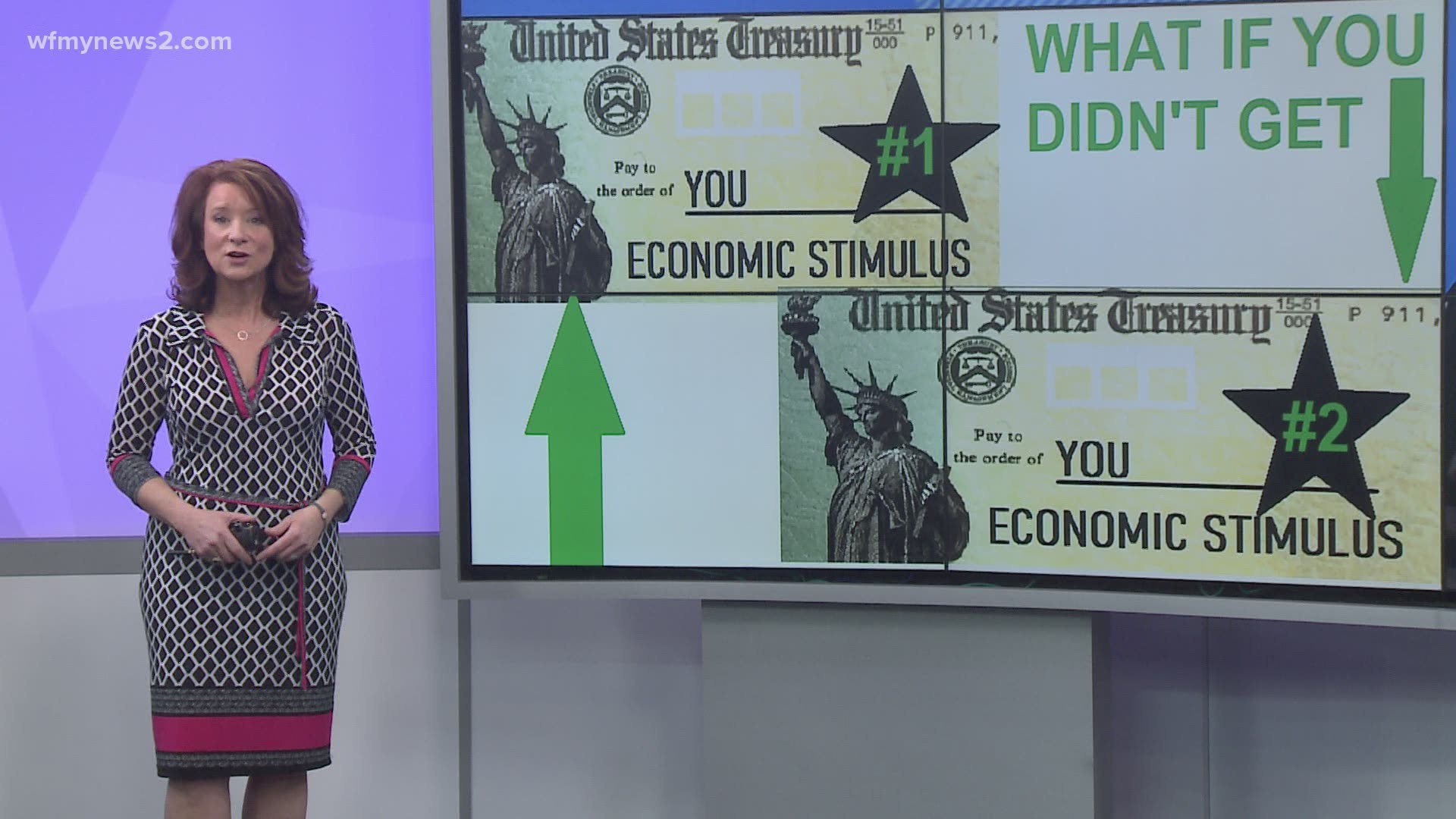 GREENSBORO, N.C. — This latest stimulus proposal calls for a $1,400 stimulus payment. The big news is that the payment would include adult children that are claimed as dependents!

“The big change in this proposal a dependent isn't just a kid under the age of 17. Your 20-something could count if they’re your dependent, they're still in college, you’ll get that $1,400 check, that's big,” said Jill Schlesinger, CBS News Business Analyst.

Stimulus #3 checks could be coming to your bank account or mailbox by mid-to late-march. A vote is expected for the last week of February and the full passage by the first week of March. 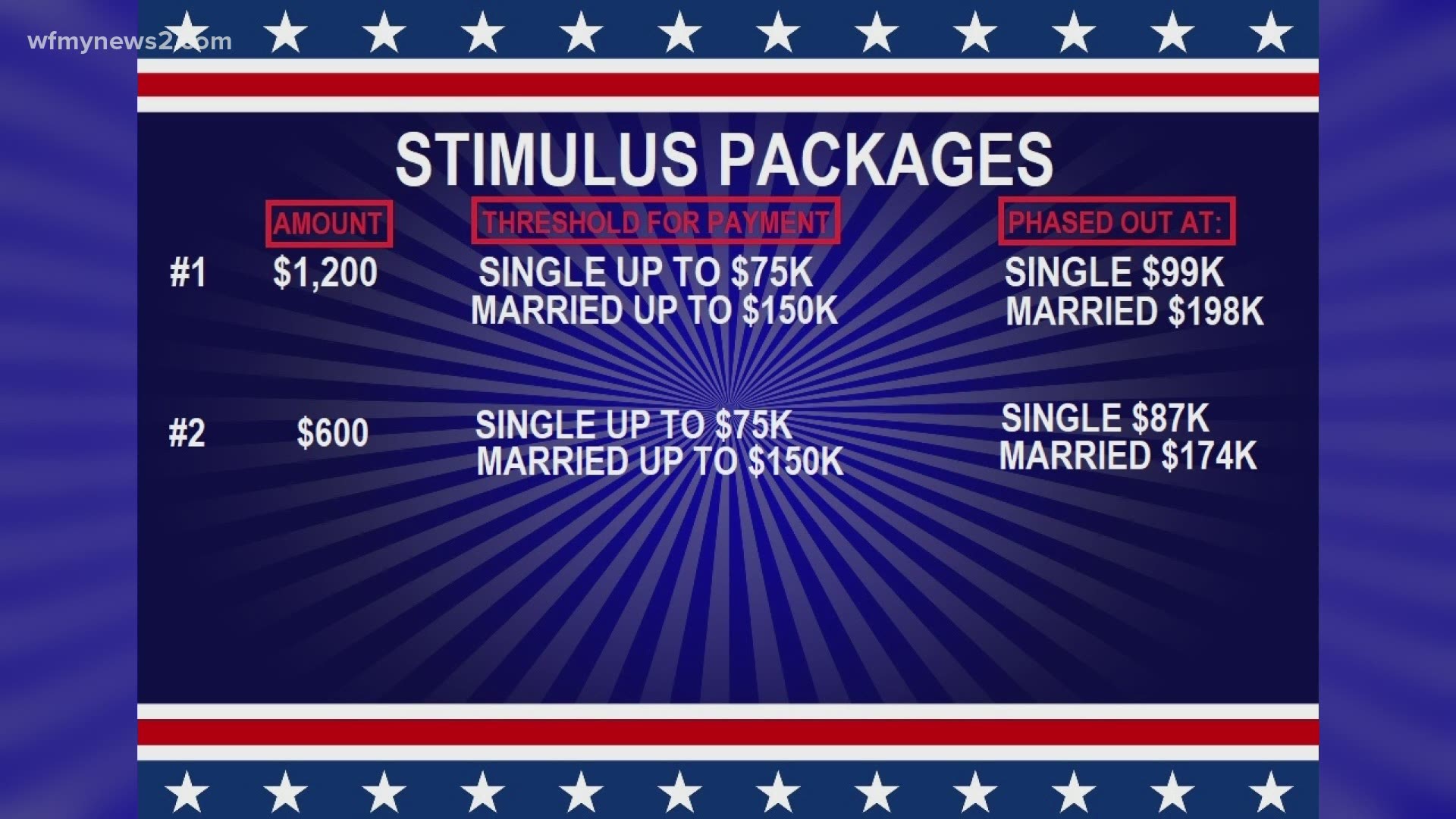 What if you didn't get stimulus one or two or you only got part of what you thought you should get? The IRS is done sending out payments. If your status didn't tell you that you were going to get a payment by direct deposit, check or debit card, then the only way to claim the stimulus money is by filing taxes.

You won't miss it, it is on every 2020 tax return form there is a specific line for you to claim the stimulus money. It's line 30 and it is called the Recovery Rebate Credit. The IRS has several FREE e-File options for folks to file their taxes online easily.

Lawmakers are looking at extending and increasing the number of federal unemployment benefits in this proposal.

“The plan passed in December was $300 per week, which is set to go up to $400 per week on top of your state unemployment. This would take us through probably to the end of August for that extra unemployment. That would be great news because a lot of these jobs are not coming back and it's going to take people a longer period of time to find new work,” Schlesinger said.