When the owner of a stolen car went to claim it, he was told he needed to pay towing and storage fees that had reached $2,695! 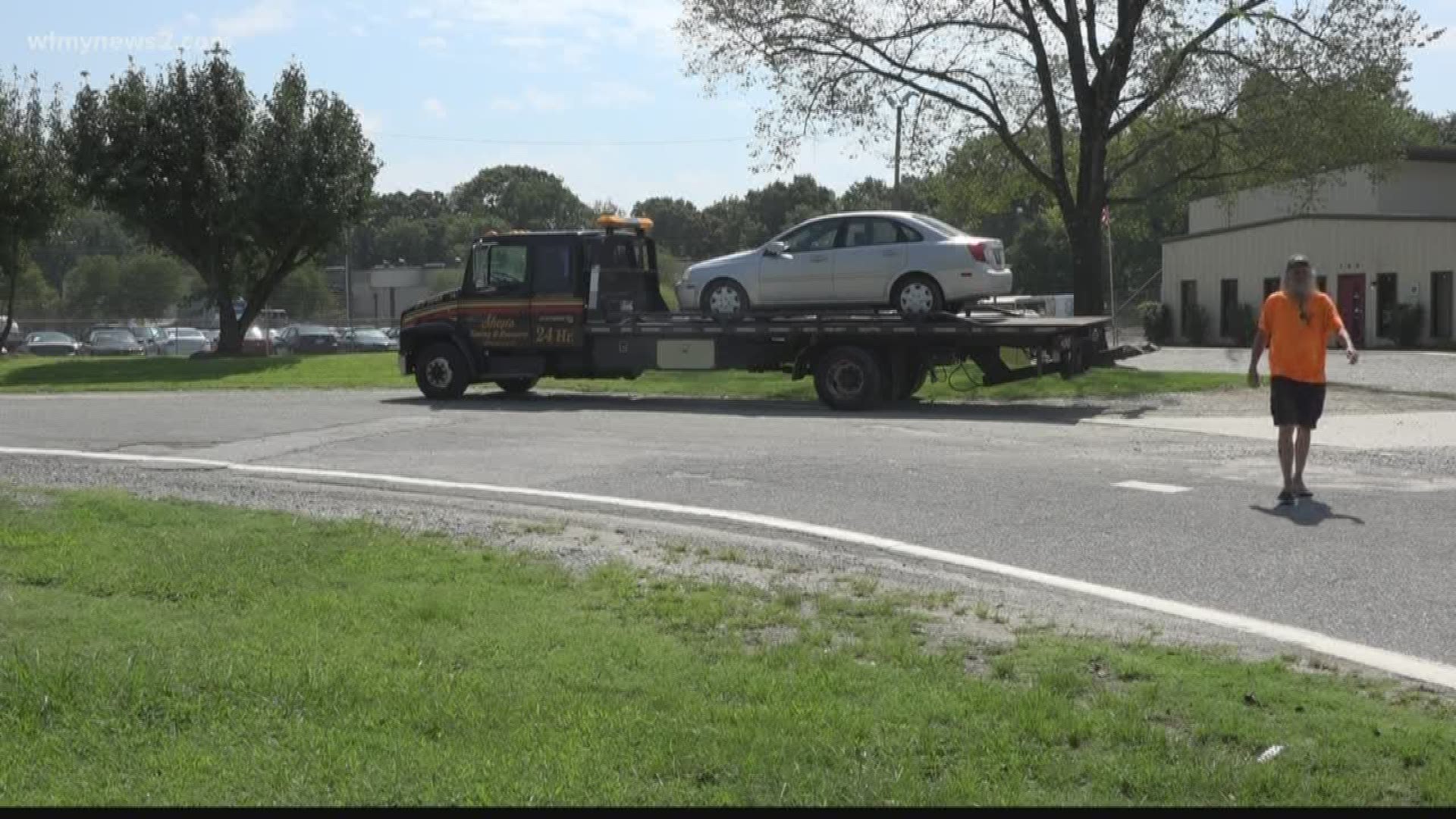 GREENSBORO, N.C. — Flames poured out of the home as thick smoke filled the air. In just a matter of minutes the home Pauly Maloney was living in was destroyed. The family was not home at the time of the fire but almost everything they owned was destroyed, “It’s hard, it’s just hard,” said Maloney.

The family moved into a new place and began the slow process of starting over. Just when things looked like they were getting better someone stole Maloney’s car, “I was going to rebuild it for my son so he could drive it when he turns 16.”

The family contacted the Alamance Country Sheriff’s Department and filed a stolen vehicle report. Deputies started an investigation, but it was another setback for a family that had already dealt with plenty. Once again he and his family just kept pushing forward figuring the car was gone forever and there was no sense dwelling on it, “I don’t get upset about things I can’t control,” said Maloney.

About two months after the car was stolen Maloney received a notice in the mail from DMV, his car was at a tow yard in Greensboro. Deputies believe the person who stole the car abandoned it in a parking lot and after sitting several days it was towed by the towing company that contracts with the complex, “No one ever called me until I got that notice from DMV,” said Maloney.

Excited that he finally received some good news Maloney went to pick the car up the next day, “They (Kirk’s Sineath) said I would have to pay to pick it up." The car had apparently been at the lot for several weeks before Maloney was notified. The company told Maloney he would have to pay for towing and storage fees that totaled more than $1,000, “My car was illegally stolen and now they are trying to legally steal it,” said Maloney. We contacted the tow company and tried to explain the circumstances surrounding the car and how it ended up at the parking lot before being towed.

Maloney provided the tow company a copy of the stolen vehicle report, but it refused to turn the car over, “It’s upsetting they are trying to charge me so much to get my property back,” said Maloney. Unable to come up with the money the tow company eventually filled a notice with DMV to sell the car. In the process the cost of storage fees continued to mount in excess of $2,600, “I don’t get it, I don’t get it," Maloney tells WFMY News 2.

With only a few days left before the tow company could legally sell the car, we reached out to the North Carolina Attorney General’s Office. The agency immediately started an investigation and contacted the tow company, “We wanted to make sure they were in compliance with the law,” said Attorney General Josh Stein.

The Assistant Attorney General in the Consumer Protection Division filed a civil investigation demand requesting the tow company address several concerns and questions. The Attorney General wanted to know specifics about the towing contract with the shopping center, how it attempted to determine the owner, an itemized account of all charges, documents submitted to DMV and a list of all vehicles towed since February where it accessed both a towing and storage fee.

The company had 10 days to respond to the request and did so in a timely fashion, “There is just an inherent unfairness to the situation and something the legislature should look to fix,” said Stein. The tow company sent a response to the civil demand through its attorney explaining what was asked while declining to provide information related to the tows conducted during the period asked. The two sides would continue to communicate, and the Attorney General would eventually seek more information.

The tow company declined to return any of our phone calls after the civil demand was sent by the Attorney General, but it did agree to release the car without penalty. Maloney received notification that he could pick the car up last month, “I just want to thank News 2 and the Attorney General for helping me,” said Maloney.

Prior to picking up the car Maloney reached out to Sony Neal. Neal is a single mother who doesn’t own a car and must ask others for rides, “I have to bum rides from neighbors or friends,” said Neal. Maloney asked Neal to meet him down at the tow yard where he handed her the keys to the car, “I just think he is the most awesome thing alive,” said Neal.

It took almost eight months for Maloney to get the car back after it was stolen and he only kept it for a couple minutes before giving it away, “I’m glad I was able to help,” said Maloney.

The Attorney Generals Office continues to monitor the tow company and tells us it is complying with all their requests. The company was not cited or fined and after investigating it appears it didn’t break any laws. The AG concluded the tow company could have provided better information to Maloney when it notified him and attempted to charge him for the tow and storage fees.

We have reached out to a few State Representatives to see what they think about this situation and if there is anything they could do in the future. We will keep you updated with any further developments.