There's Something Wrong With It! Why It Takes So Long To Get A Recall.

A law protects companies. But what about the rest of us? 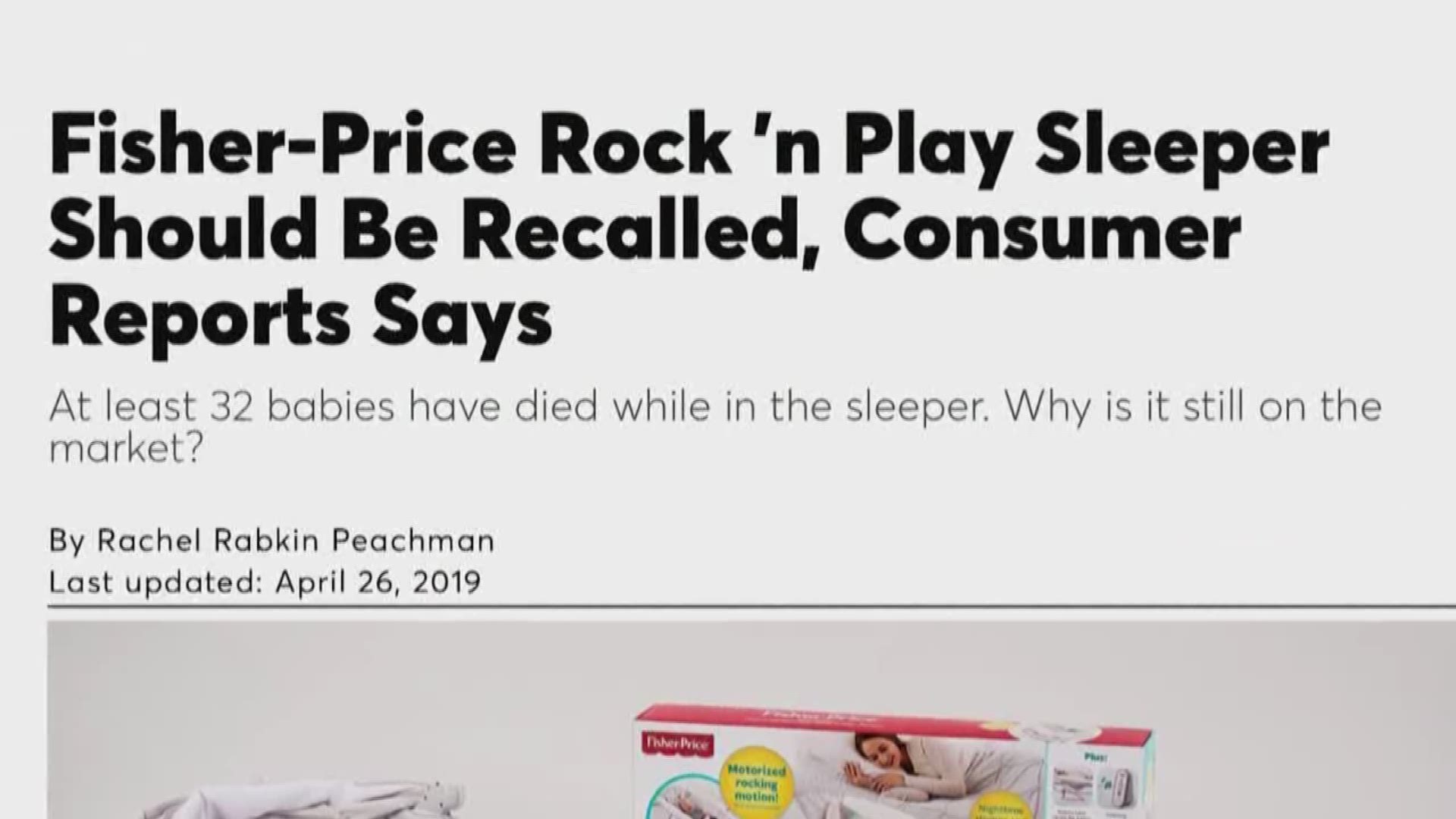 If deaths are linked to a potentially hazardous product and the government knows about it, you'd think that information would always be made public.

And you'd be wrong. Consumer Reports reveals surprising restrictions in the very law governing the agency that is supposed to protect us from dangerous products.

Evan and Keenan Overton lost their five month old son, Ezra, just a few days before Christmas in 2017. They blame their son’s death on the Fisher-Price Rock‘n Play sleeper, which Ezra slept in that night.

“His face was, planted into the back of the seat, like into the monkey's face, I guess, of the rocker. And his feet were straight, standing into the dip of the seat. And um, when I picked him up, he- he felt like a doll.”

Shockingly, Ezra’s death isn’t an isolated incident. Initially, Consumer Reports identified at least 19 infant fatalities linked to the Rock ‘n Play Sleeper and similar products made by Kids II.  In data collected by the Consumer Product Safety Commission, the government agency charged with protecting the public from dangerous products. Ultimately, Consumer Reports was able to uncover more than a dozen additional deaths through its investigation.

Yet the identities of the companies whose sleepers were linked to infant deaths were kept hidden from the public for years because of Section 6-B of the Consumer Product Safety Act.

“Section 6-B requires the CPSC, in most cases, to get permission from manufacturers before releasing their names or any information that could reveal their identities, even when products are linked with injuries or fatalities,” says Rachel Rabkin Peachman, Consumer Reports Investigative Reporter.

In 2016, Ikea recalled millions of its dressers, but only after seven deaths and dozens of injuries dating all the way back to 1989.

And more recently, it took Britax owned BOB Gear, seven years to finally offer consumers a potential fix to their jogging strollers, which had been linked to at least 97 injuries to children and adults. The company still hasn’t recalled the strollers.

In both of these cases, the CPSC knew about the problems with Ikea dressers and BOB strollers.  All of this has led to Consumer Reports calling for the repeal of section 6-B.

“One of the critical next steps is for Congress to just simply eliminate this 6-B provision,” says David Friedman, Consumer Reports VP.

“Everyone should know. If there&#39;s one baby that died in a product, you should know about that.”