This Standard Recycling Item Will No Longer Be Accepted In Greensboro 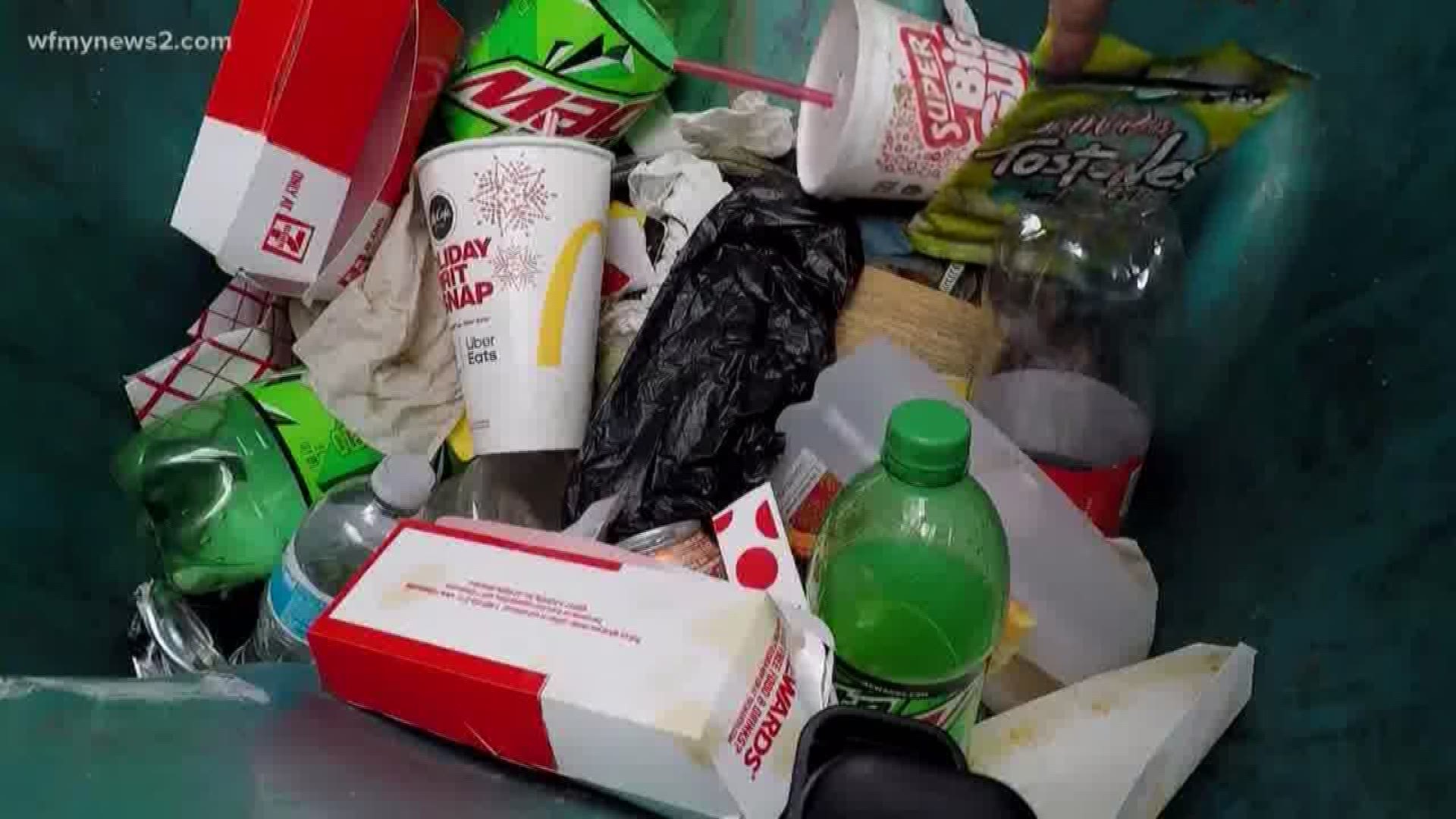 GREENSBORO, N.C. — One of these three items will soon no longer be recyclable in Greensboro: Aluminum cans, glass, or newspaper? The answer? Glass. Starting in July, Greensboro Recycling will no longer accept it. Why?

We asked that same question to the City's Water Reduction Supervisor, Tori Carle. She says China's to blame. The country takes most American recycling items but has recently decided to stop accepting several things. This has decreased the value of several items. And many recycling processors aren't getting paid what they once were. So the city is making changes to try to keep the cost of recycling from going up too much.

So why glass, specifically? It degrades other recycling items, it accounts for about 25% of the city's recycling stream, and, surprisingly, it's very heavy. Removing glass will make the recycling loads lighter and will cost the city less money.

So here's where you come in. Take a closer look at your recyclables. Contamination is very high in Greensboro. Carle says about 25% of the items they get is actually. Other triad communities max out at about 8%.

Styrofoam, ropes, and even those plastic bags that you may want to put your recyclables in are all non-recyclable.

And batteries and electronics are flat out dangerous. Carles says North Davidson Garbage burned down to the ground thanks to a fire started by contaminants.

For a full list of all the items currently recyclable click here. The city also has an app and website dedicated to showing you what is and isn't recyclable. Click here to use it.