Tips To Fight Off Ticks

"We're getting an influx of ticks," said Leon Bullard, a medical consultant with DHEC. "It's probably related to the warming temperatures, staying warmer longer, and the moisture." 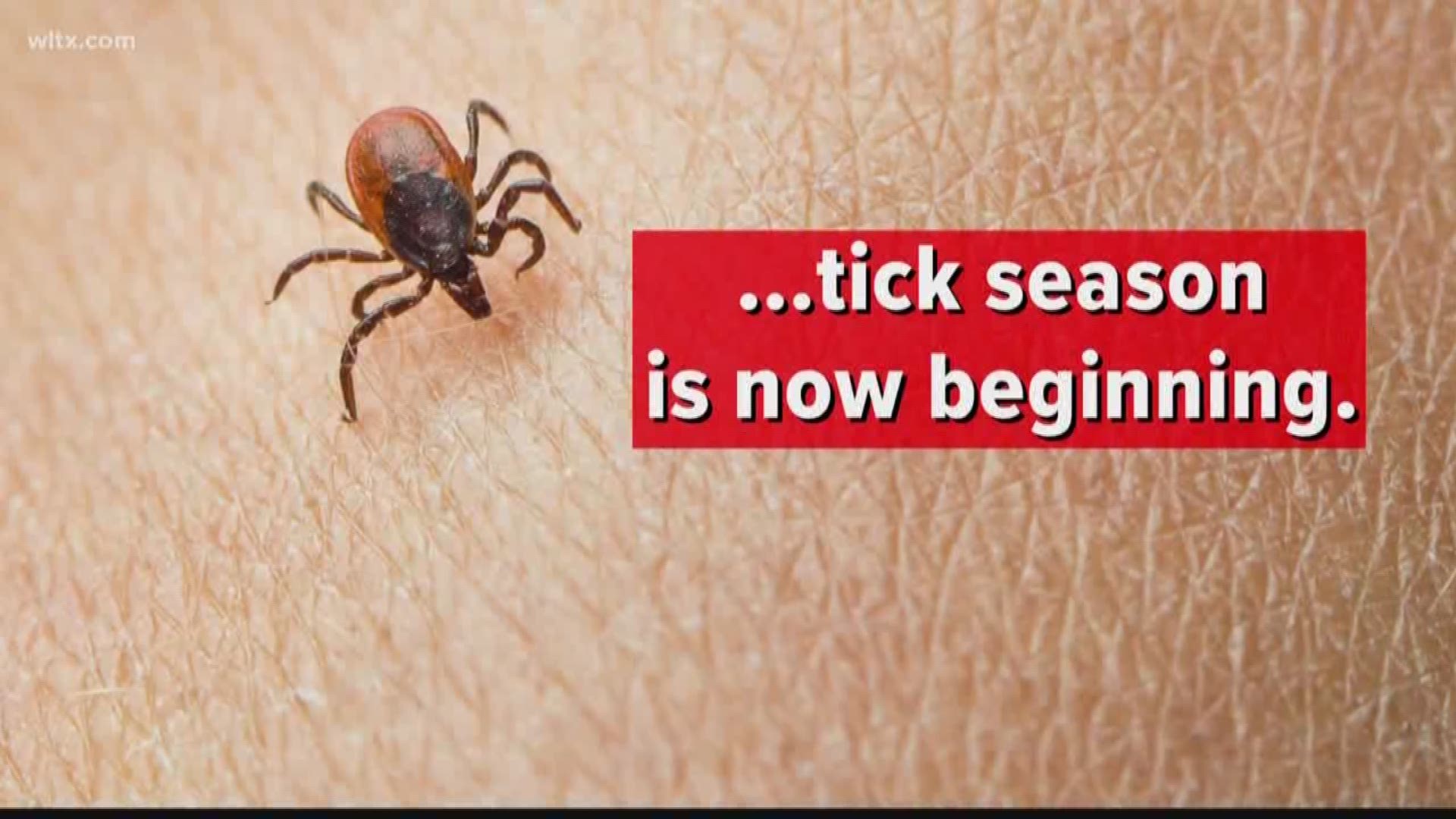 Columbia, SC (WLTX) - Since the start of summer means the beginning of summer, News 19 has some tips for you to fight off ticks.

These crawling creatures are making their presence known outdoors. Since 2004, the number of illnesses caused by tick, mosquito, and flea bites have increased more than three times.

"We’re getting an influx of ticks,” said Leon Bullard, a medical consultant with DHEC. “It's probably related to the warming temperatures, staying warmer longer, and the moisture."

We're now getting into tick season! Over the last decade, researchers say they've seen a rise in illnesses caused by tick bites. @WLTX has the things you should keep in mind when it comes to keeping your family safe: pic.twitter.com/mDpgAHpQqJ

He says you can find ticks in any wooded area, in your backyard, or in tall grass.

"Be careful and check your children when they come inside. Make sure they're protected when they go outside using appropriate insect repellent," said Bullard.

What do you do if you have a tick on you? Some people like to use Vaseline or burn the end of a tick with a match but experts say you shouldn’t do it.

"It's a bad idea. It's been enculturated in us as we've grown up. The best bet is to follow the guidelines recommended by the experts which is to use fine-pointed tweezers and grasp it close to the skin and lift straight up," said Bullard.

Once the tick is out, there's still more you should do.

"Make sure that you dispose of it properly and then wash your hands completely with an alcohol based rub if you can. Certainly clean the site where the tick was very thoroughly with soap and water and maybe even apply an antibiotic ointment" explained Bullard.

Some of the best ways you can prevent being bit by ticks is using repellents that contain 20 percent or more DEET, keeping your arms and legs covered while outdoors, and conducting a full body check after you come in from outside.