The majority of payments are electronic and will made available April 7. 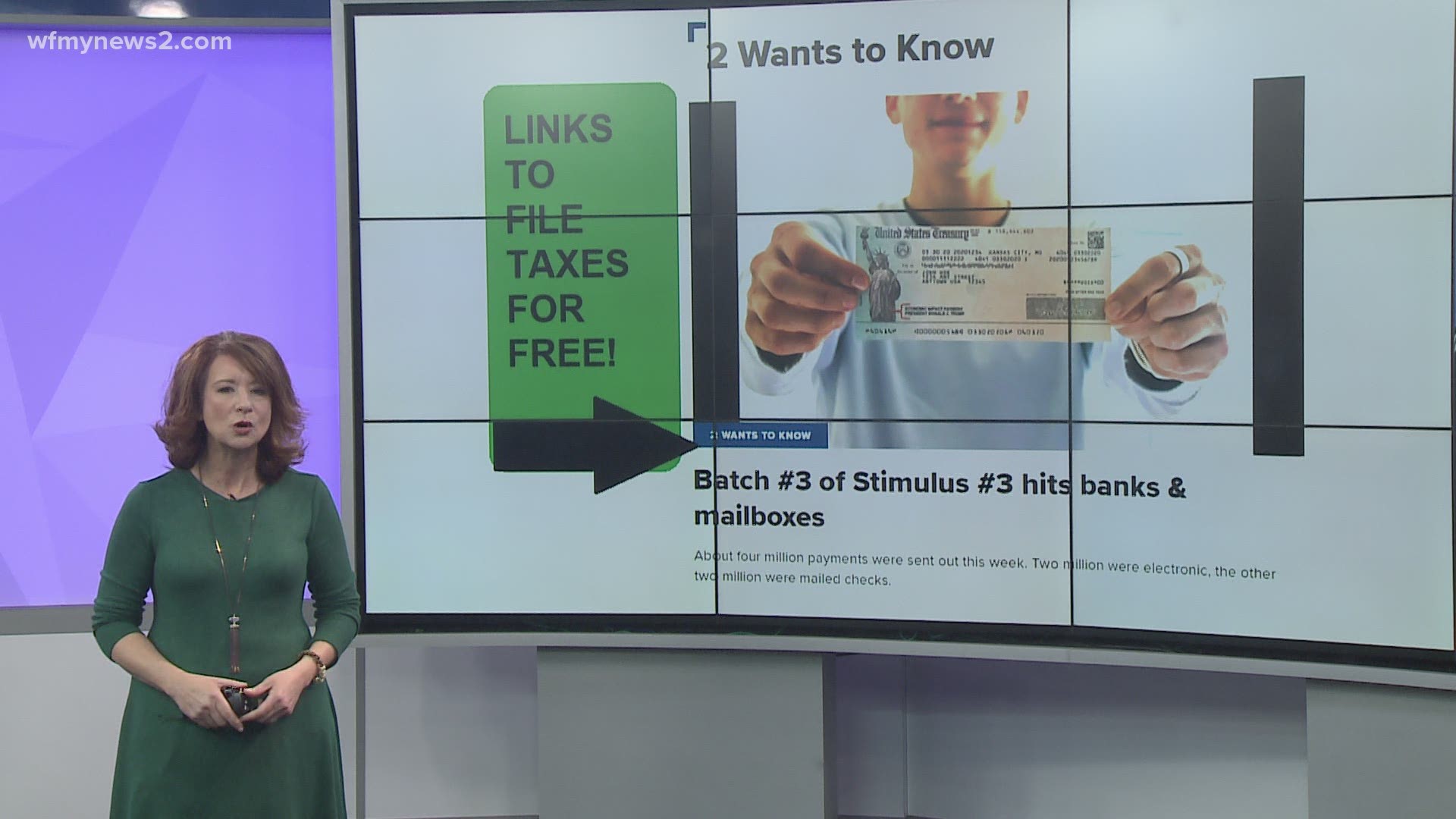 “We are on track to send those payments out this weekend. The majority of people should see them in their bank accounts on Wednesday, April 7th. This is a very positive step forward,” said White House Press Secretary Jen Psaki.

The majority of payments are electronic and will hit bank accounts and Direct Express cards on April 7, but it is important to note, while your bank may show a pending payment, it won't be cleared until April 7.

The IRS will be updating its Get My Payment tool so you will be able to see the status of your payment, but that update is taking place over the April 3-4 weekend. So, don't check this weekend and see STATUS UNAVAILABLE and panic, thinking something is wrong.

Last Thursday, the IRS received data on beneficiaries from the Social Security Administration which then allowed the agency to start the process of validating eligibility on what they say are millions of records. The agency has already been inundated with a backlog on tax filings which has seen the tax filing deadline pushed back multiple times already for this tax season.

While Tuesday's announcement did not say how many people will now be getting their stimulus checks, lawmakers said last Thursday that the wait for files from SSA had been holding up the stimulus payments for nearly 30 million Americans.

The IRS noted Tuesday that federal benefit recipients who file tax returns already started to receive Economic Impact Payments earlier this month, along with other taxpayers.

According to IRS Commissioner Chuck Rettig, the agency's teams are working as quickly as they can.

“Our teams immediately began processing data we received last week for federal benefit recipients. We know how important these payments are, and we are doing everything we can to make these payments as fast as possible to these important individuals,” Rettig said.

The IRS said they expect to be able to complete the processing of payment files for this portion of stimulus recipients by the end of this week, so that the agency can meet the official payment date of April 7.