Moldy mess! Couple loses $15,000 worth of belongings in storage unit

The Woods family only needed the storage unit for about seven months while their new home was being completed. Almost everything they own is now covered in mold. 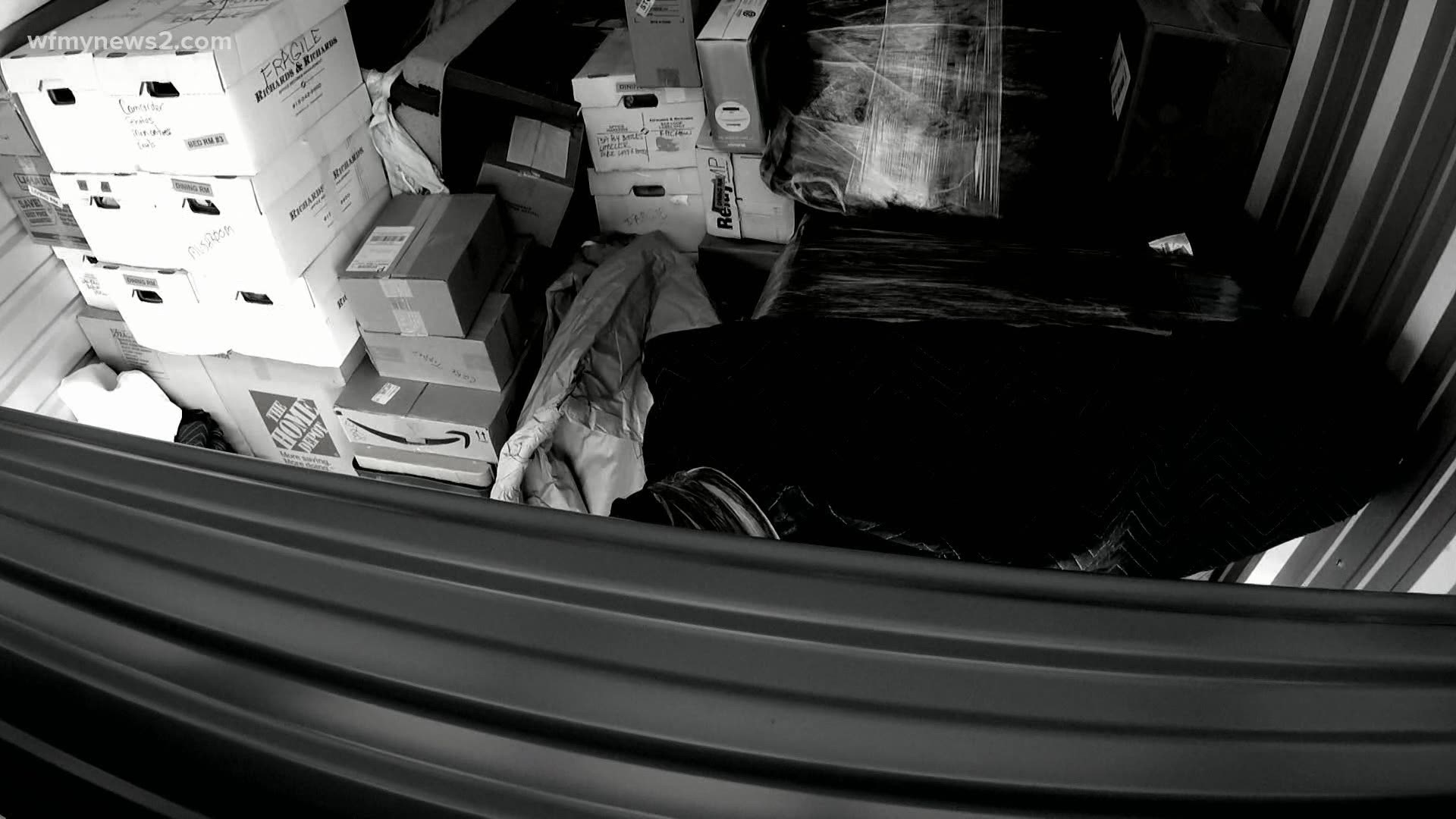 GREENSBORO, N.C. — They are more common than McDonald’s, Starbucks, and Burger King. In most urban cities, you can find at least one almost every few miles. The 40-billion-dollar business has low overhead and plenty of profit.

Storage units are becoming very popular. People are storing everything from furniture to tools to family heirlooms. Karl Woods needed a unit last year to house almost all his furniture and household items after he and his wife moved out of their condominium before their new home was finished.

“We put most of our stuff in there. It was going to be for about seven months till the home was completed,” Woods said

Woods chose a place just off the freeway for easy access and in what he felt was a good part of town. He and his wife went by the unit a few times in the first few months to grab something or drop something off. Everything was fine, but when they went back to unload the unit there was a serious problem.

“There was mold everywhere. It was a mildew, mold smell that smacked you in the face. You couldn’t stand to be there,” Woods said.

Everything in the unit was either covered in mold or smelled rotten. There was mold on furniture, clothes, shoes, even suitcases.

“My wife was there and she started crying because it was that bad,” Woods said.

The couple immediately contacted the manager on duty who filed a report and took pictures of the unit. A few days would pass before Woods reached back out to ask what the storage facility could do. Woods estimates the loss of furniture and clothing to be upwards of $15,000.

“It attacked everything, everything in the unit,” Woods said.

An executive with the storage company eventually reached out to Woods and said they were not going to compensate them for the damage. Woods said the person he spoke with told him the unit was rented “as is” and there was nothing the company was responsible for.

“They washed their hands of any liability whatsoever,” Woods said.

After spending a couple of days cleaning out the storage unit, Woods reached out to us. We contacted the storage facility and did some investigating when it comes to items damaged or stolen when inside a unit.

In most situations, storage facilities do a very good job of shielding themselves from any liability. Insurance is often offered through a third-party company, but it usually only goes up to about $5,000. Woods did purchase $2,000 worth of insurance but it wasn't nearly as much as the value of the items damaged or destroyed by the mold.

“I’ll be honest, I did not read the contract that well,” Woods said.

Before renting a storage unit, make sure you read the contract and ask questions if you are not clear on something. Woods also wishes he would have reached out to his homeowner’s insurance company and taken out additional coverage.

“It’s a lack of awareness on my part. I need to be more vigilant,” Woods said.

It’s also why he has decided to share his story in hopes others don’t end up in the same situation he is in. An extra $15 a month would have more than doubled his insurance coverage with the storage unit. Many homeowner insurance companies will also write up an amended or new policy to cover the items in a storage unit as well.

The good news is that we were able to help Woods a bit when the facility decided to reduce the cost of the rent for the seven months that he used the unit. Something is better than nothing, but it is certainly an expensive lesson to learn.