2 Wants To Know is helping you separate the fact from the fiction anytime a candidate comes to town. 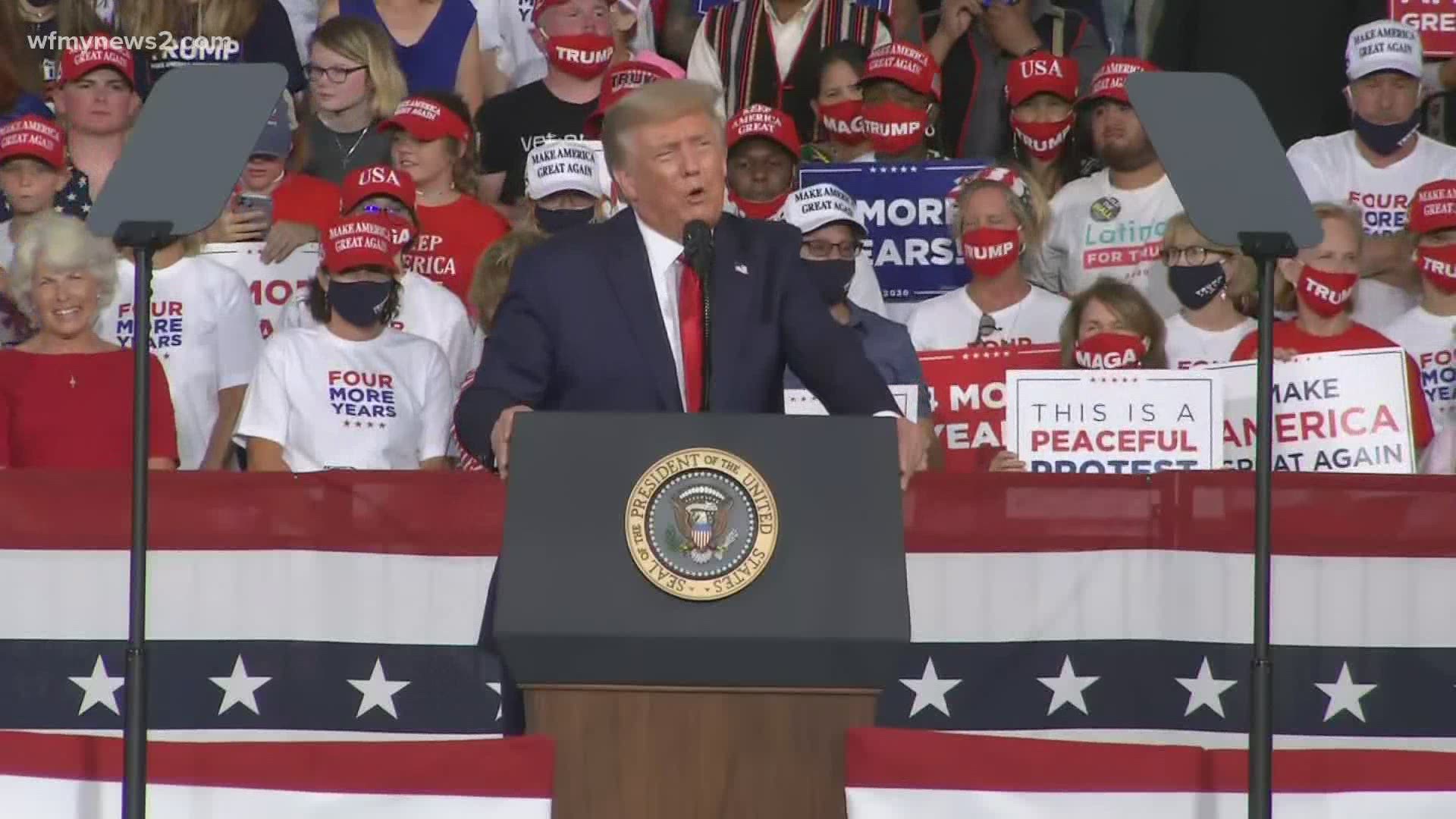 WINSTON-SALEM, N.C. — Republican or Democrat, anytime a presidential candidate comes to town we're committed to holding them accountable for you. So we're going to fact check five claims from the President's speech in Winston-Salem Tuesday.

“Greatest in the history of the world.”

"We built the greatest economy in the history of the world. We were forced to close it because of the China plague that came in. And now we've opened it," President Donald Trump said.

To see if this true, economists often say we need to look at our nation's GDP, or gross domestic product. That’s all the stuff we make and all the services our country provides.

According to Investopedia, America has the top GDP in the world. Ours is $21 trillion compared to China's $14 trillion. That’s impressive when you think of how many more people China has.

Still President Trump said it was the best economy in world history. Our GDP is the largest ever, but that could be because of inflation and population growth. Instead MarketWatch suggests we should look at how much the GDP grew under President Trump. From the time Trump took office through the end of 2019, real GDP averaged 2.5%.  Under Clinton's second term it was 4 percent. And Reagan's second term was 3.9 percent. In short: MarketWatch says it's better to claim Trump is doing "as good as it gets" not that our economy is "The greatest in the history of the world." 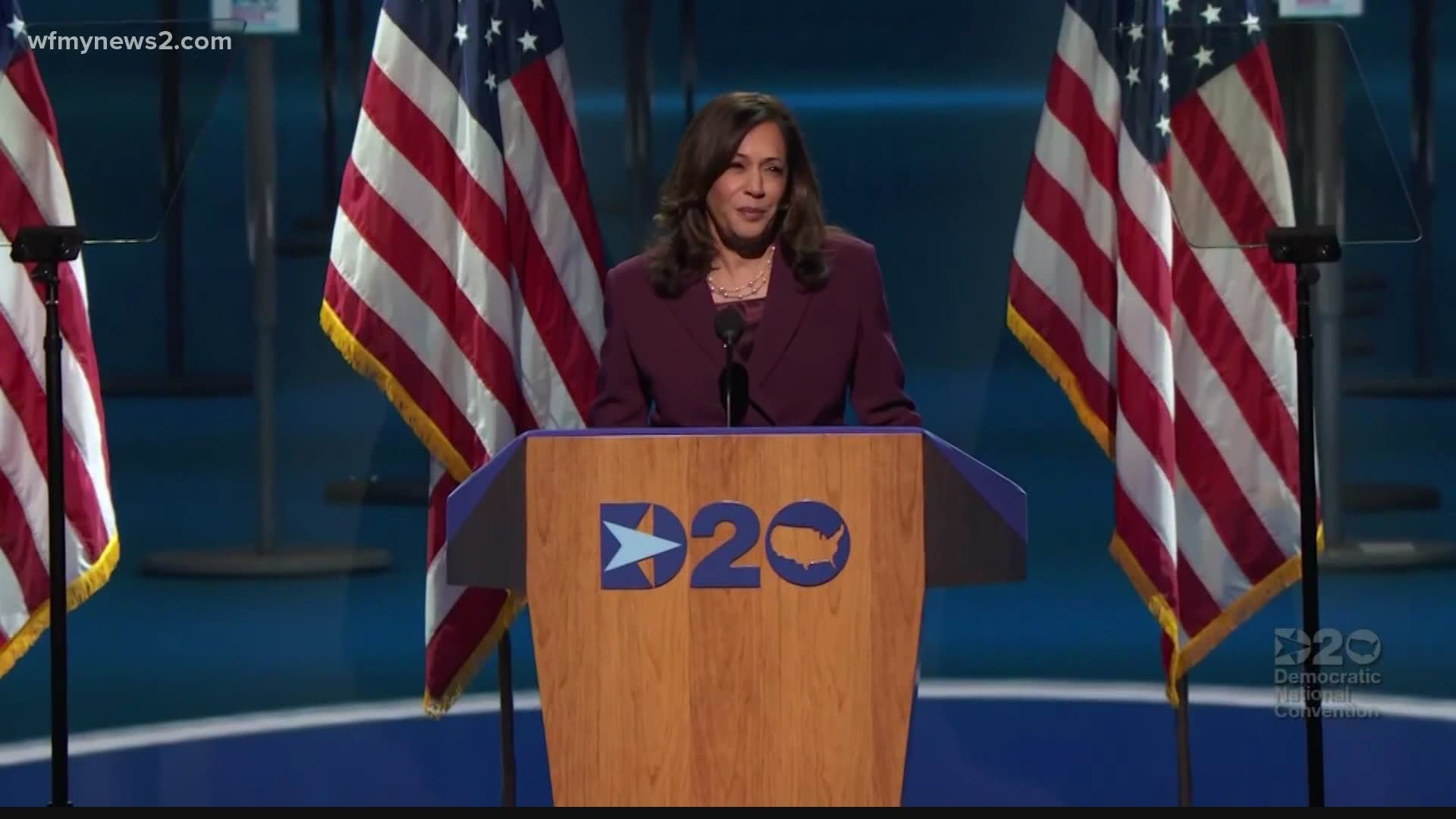 It's true that Harris was ranked the "most liberal" in the Senate in 2019 by GovTrack.

Husser says the GovTrack ranking only looks at what bills the Senator sponsored and voted for that year. Husser thinks you also need to take into account the politician's overall stances presented in speeches and on their campaign website.

"My personal impression is that she is liberal but she's not nearly the level of sorta liberal that you would see of wanting massive government intervention in both the social and economic sphere,” he said.

During his speech in the Triad, President Donald Trump said his administration has "obliterated the ISIS caliphate 100%."

In March of 2019, US troops did destroy the last stronghold of the terrorist group in Syria. That lead to USA Today headlines like: "Celebrate the fall of the Islamic State but be vigilant."

Three weeks ago the Military Times reported that there is still a threat posed by the Islamic group. And just this week, a teen in Houston was arrested and charged as being a recruiter for ISIS who made a bomb threat during a college lecture over Zoom. So ISIS is largely destroyed but not 100% obliterated. 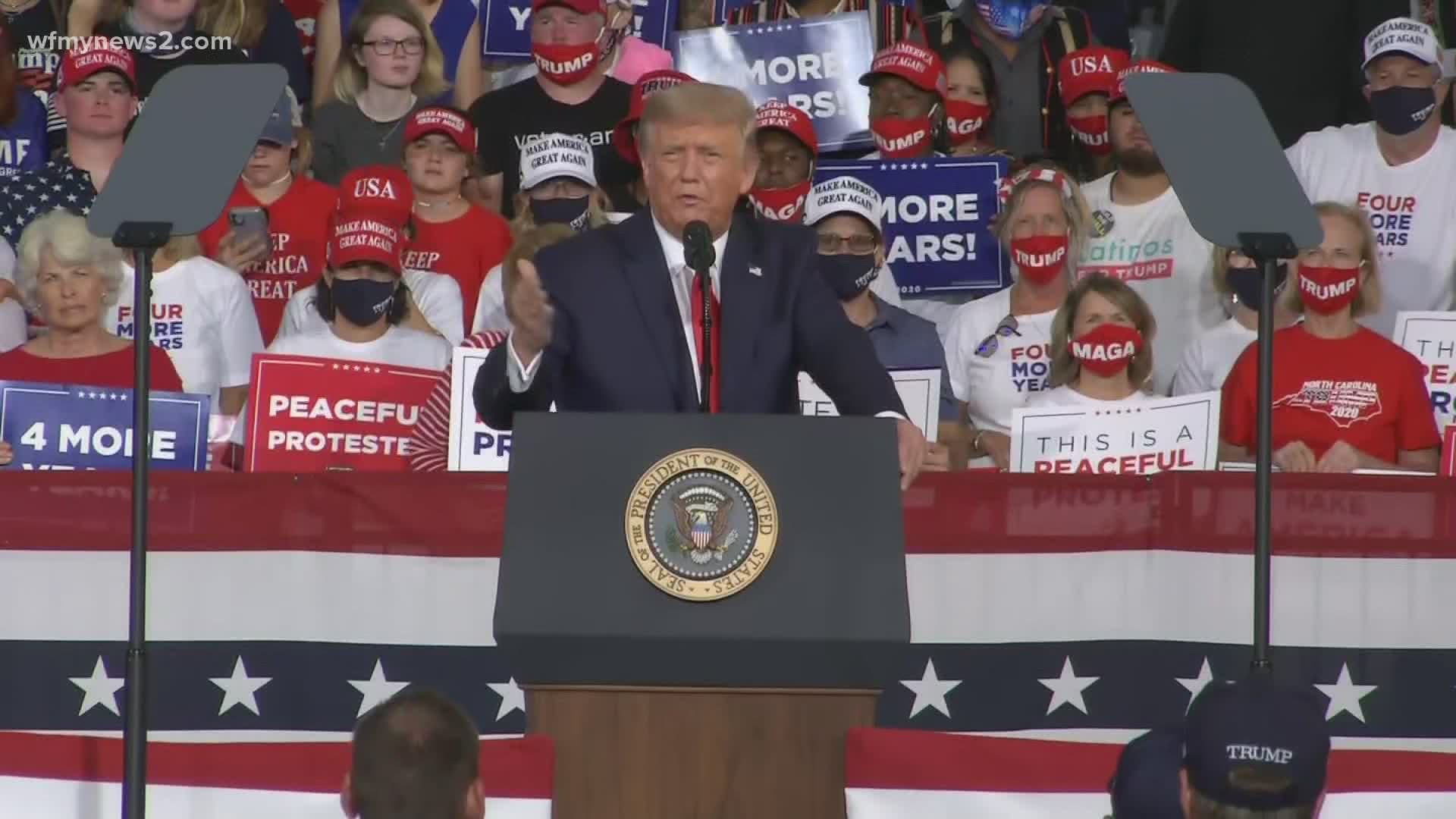 "Next year is going to be one of the greatest years in the history of our country economical unless the wrong person gets in and quadruples everybody's taxes," the President said.

This claim that taxes will go up 400 percent is false. Biden will raise taxes, but not by that much. According to the non-partisan Factcheck.org, the vast majority of Americans would see "increases of less than 6 percent under Biden's plan." And the people who make the very most in America "would see an increase of 40%" not 400%.

So how much more will you end up paying? The Tax Policy Center says people making less than $93,000 will pay around $260 more a year.

"I've gotten support of almost every police group in the country,” Trump said.

This is true.  The nation's largest police union said it was "proud to endorse a candidate who calls for law and order across our nation." That's from the police union.

Former Vice President Joe Biden's campaign has published a list of almost 200 other law enforcement endorsements like sheriffs. The vast majority of those are from people who were elected to their position. For example, there were six North Carolina sheriffs who endorsed Biden. They all ran for office as Democrats.