Twitter decides to ease up on ban for political ads

At first, Twitter planned to ban all ads related to political and social issues, but now the social media company says it's easing up on what's banned. 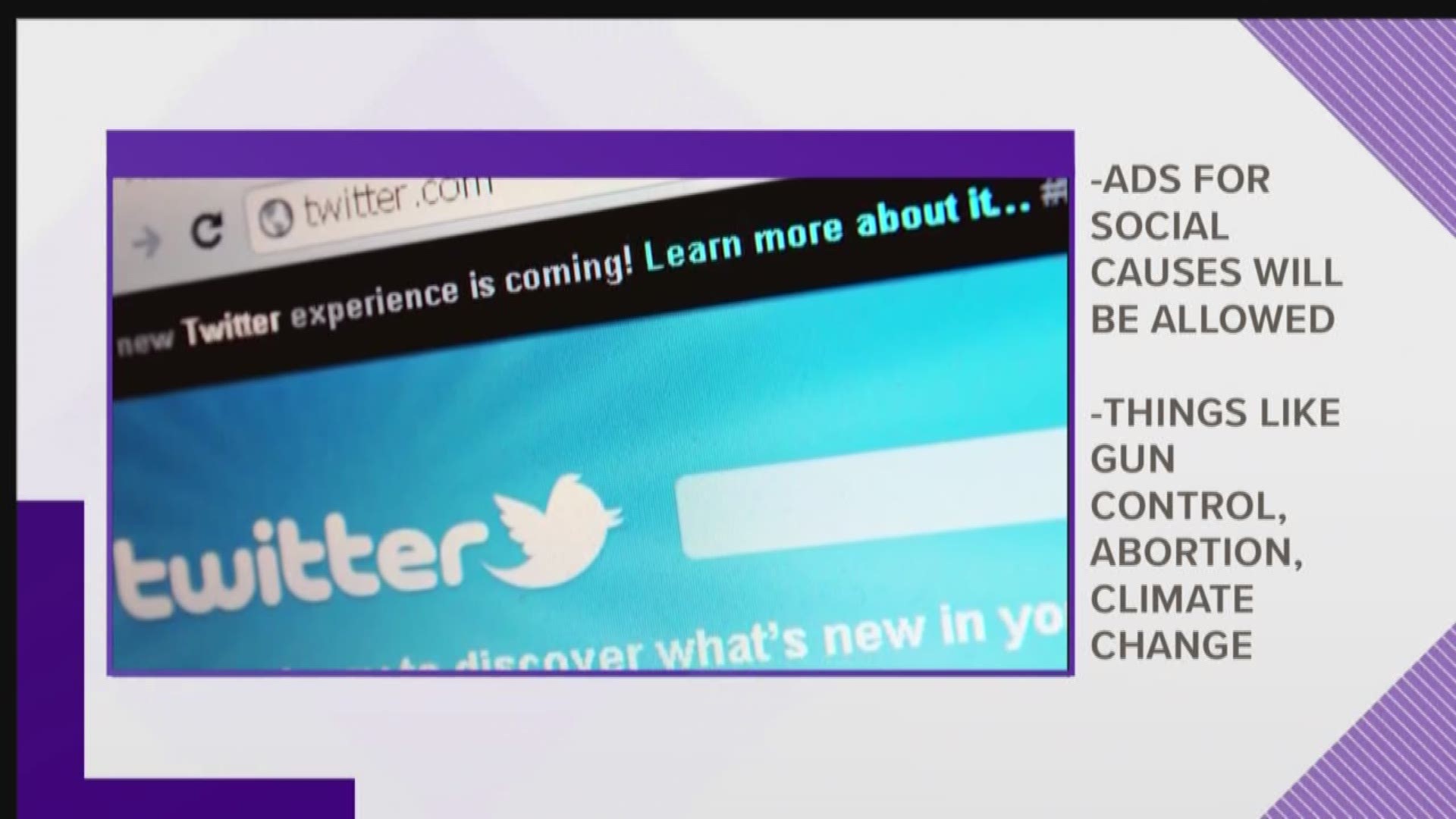 Twitter has softened its earlier plan to ban all advertisements related to social and political issues.

The social media company released details of its ban on political ads on Friday. Under the policy, paid political content won't be allowed. That includes any ad that references a candidate, political party, government official, ballot measure, or legislative or judicial outcome. The ban also applies to all ads — even non-political ones — from candidates, political parties and elected or appointed government officials. It also includes appeals for votes and solicitations for campaign contributions.

However, Twitter is allowing ads related to social causes such as climate change, gun control and abortion. People and groups running such ads won't be able to target those ads down to a user's ZIP code or use political categories such as "conservative" or "liberal," Twitter said. Rather, targeting must be kept broad, such as based on a user's state or province.

Del Harvey, Twitter's vice president of trust and safety, said the company will keep a public list of banned keywords that it will update, according to The Verge. The list is set to be released next week.

The ban takes effect November 22. News organizations will be exempt so they can promote stories that cover political issues.

Public response to Twitter's ban, announced last month in a tweet by founder Jack Dorsey, has been mixed. Dorsey tweeted that Twitter had "made the decision to stop all political advertising on Twitter globally," although he noted the company would be "including a few exceptions (ads in support of voter registration will still be allowed, for instance)."

Critics questioned the company's ability to enforce the new policy given its poor history of banishing hate speech and abuse from its platform. Reporters also pointed out that Twitter's definition of issue ads could set a double standard. The policy would have banned ads from climate activist groups, but permitted ads from fossil-fuel companies that depict them as climate-friendly, according to reporter Emily Atkin.

Political advertising makes up a small slice of Twitter's overall revenue. The company does not break out specific figures each quarter, but said political ad spending for the 2018 midterm election was less than $3 million. It reported $824 million in third-quarter revenue this year.

Twitter and Facebook already take steps to prevent political manipulation by verifying the identities of political advertisers - measures prompted by the furor over Moscow's interference. But the verifying systems, which rely on both humans and automated systems, have not been perfect.

Twitter acknowledges it will make mistakes, but says it's better to start addressing the issue now rather than wait until all the kinks are worked out.