Uh-Oh! Cold weather caused your pipes to burst. Now what?

Before you grab a towel or mop, find your water main & shut it off. 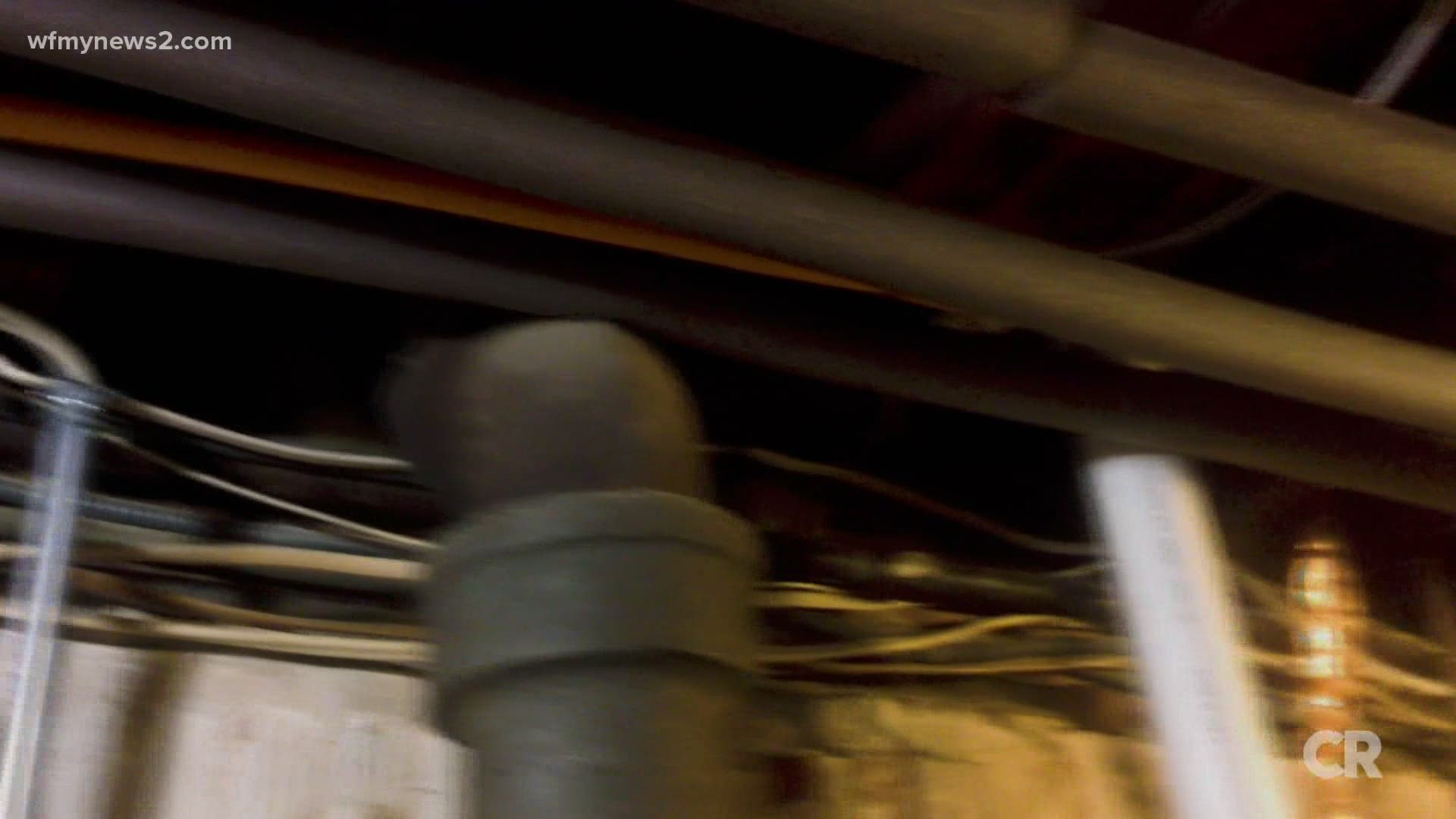 GREENSBORO, Ala. — Ugh. Frozen busted pipes make a mess. Before you know it water is everywhere and the damage is everywhere. Yes, you can grab towels or a mop, but even before you do that, you need to stop the water flow.

The first thing you need to do is turn off the water at the main shut-off valve. Consumer Reports says the valve is typically on the front wall of the basement next to a vertical copper or PVC pipe, but most homes in the south will have their water main shut off outside their home, in the ground, it usually has a metal cover over it.

After you turn off the water, you want to prevent more damage and you do that by opening up the faucets. I know this sounds strange, but you want to drain the pipes and keep water flowing to prevent any additional freezing or cracks down the line from water stuck in those pipes.

This is key if the pipe burst in a place where you have plugged in appliances, you need to take extra precautions and shut the power off to those outlets or that part of the house.

The easiest way to keep your pipes from bursting is the drip. Let cold water drip from your faucets when temperatures are below freezing.

When it comes to winter weather, there are other kinds of damage that could cost you. Here's a look at a few more situations where you would be calling your insurance company.

Homeowners policies cover tree damage claims if it hits the house, but if the tree falls in the yard, insurance doesn’t cover cutting it up and moving it. The tree might even be blocking the front door or the driveway so you can't move your car, but it didn't hit the house, chances are insurance doesn't cover it.

The person calling their insurance company is the person who has the damage. It doesn't matter where the tree comes from, it's the homeowner with the damage that pays.