Verify: Do Aches Mean A Change In The Weather?

Dr. Shapiro says several patients swear they hurt more when the weather suddenly changes and that pain occurs where a bone was broken or joint was injured. 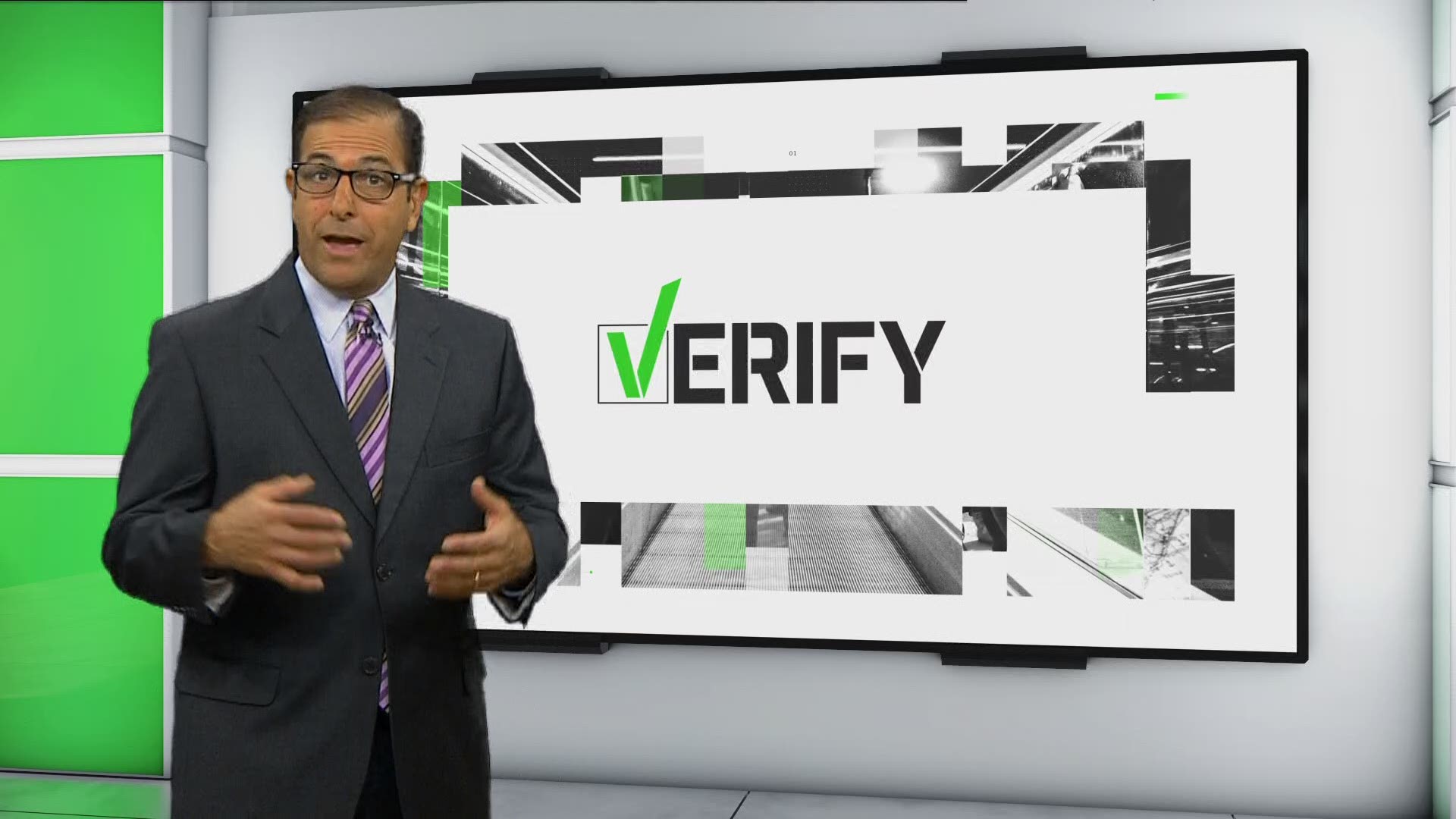 Do you have old injuries that always seem to flare up when a storm is coming? Maybe you have a relative, or friend, who says their knees hurt just before it rains.

It makes you wonder, "Does weather affect aches and pains?"

We take a look in this verify report with Dr. Stan Shapiro. He's a chiropractor with over 20 years of experience.

Dr. Shapiro says several patients swear they hurt more when the weather suddenly changes and that pain occurs where a bone was broken or joint was injured.

"My brother who broke his wrist many years ago has become, by far, my biggest resource as a weatherman," joked Dr. Shapiro. "As soon as his wrist would act up, he's like, 'It's going to rain soon.'"

Dr. Shapiro hasn't personally conducted any studies on the subject, but even doctors who have agree there is something going on here. The problem is that conditions during studies aren't consistent enough to scientifically say with 100 percent confidence why it happens, but the common belief is that this is related to barometric pressure.  That’s the weight of the atmosphere that surrounds us. The pressure falls when a storm is coming and that can cause tissues around joints to swell, irritating nerves, leading to pain.

“If something gets inflamed it becomes very tender,” Dr. Shairo said.

Keeping yourself warm can help. Try warm showers or baths, dressing in layers, and use an electric blanket at night.  Dr. Shapiro isn't a fan of anti-inflammatories, but check with your doctor because others do recommend them and supplements, like fish oil and glucosamine.

"When it rains here in San Diego people cancel their appointments because they don't want to get on the streets."