Still No Pool, But Veteran Gets $1,200 Refund Thanks to Call For Action

It seemed like a simple business transaction but after the work wasn't done and a refund was requested the money was never returned. 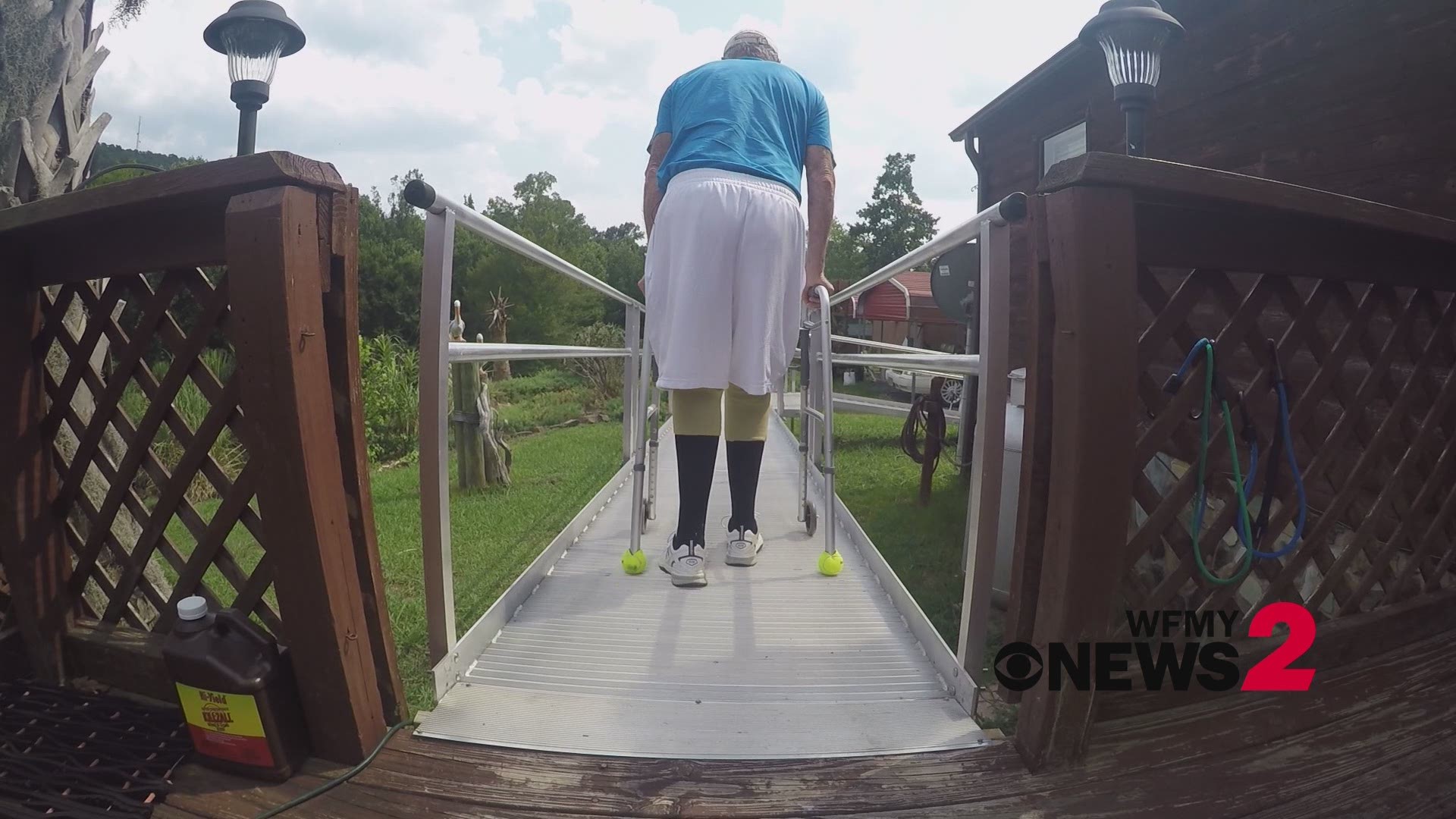 TROY, N.C. — Ask Glenn Henry about his service and he doesn’t say much, “I was 82nd Airborne out of Fort Bragg.” said Henry. The wounds or memories of his six years in the military are not conversations he enjoys, “I’d rather not talk about it,” said Henry.

On this day Henry will spend part of his morning soaking his legs in a salt bath. The Vietnam veteran lost both of his legs at the knee. Henry uses prosthetics, a walker and a wheelchair to get around but it’s slow going, “I don’t move as fast as I did,” said Henry.

Several months ago, Henry was looking out the window into his backyard and decided to fix up his old above ground pool. The pool hadn’t been used in years and had become a large pit with weeds growing at the bottom.

The pool lining was ripped, and dirt had covered a good part of the bottom. The deck surrounding the pool was buckling in parts and other sections needed repair. Henry thought it would be good for his legs to have a salt water pool to soak in.

A friend of his recommended a contractor and Henry paid him $1,200 to fix the deck, clean out the pool and then install new lining, “He not start anything, I don’t think he planned too,” said Henry.

After about a month of no work and after his doctor recommended against the pool Henry asked for a refund, “He said no problem, I understand, but apparently it was a problem,” said Henry.

One week turned into two weeks and then a month. The contractor stopped returning calls and it appeared the money was simply gone, “I need the money, I’m on total disability,” said Henry.

About that time Henry reached out to News 2 and talked with one of our Call for Action volunteers. Our volunteer reached out to the contractor and once again explained the situation. “I called him (contractor) followed up numerous times,” said our volunteer.

It took several emails and text messages but eventually the contractor agreed to pay Henry back. The money refunded in two installments, “There was no way he was going to pay me if not for WFMY News 2,” said Henry.

We agreed not to identify the contractor if he refunded the money, but it is important to point out a couple red flags consumers should be aware of. The contractor wrote out a contract on a piece of binder paper. The document is legal but not what you’d expect from a professional contractor.

We also did some checking and could not find the contractor listed with the BBB. Now it doesn’t mean the person is not qualified to do the job but you should probably do a bit more checking of references before handing over more than $1,200.