Warning: You did not miss jury duty. You do not have to pay to avoid arrest.

This scam goes around in every city, county, and state. No court system, no sheriff's or police ask for gift cards as payment for missing jury duty. 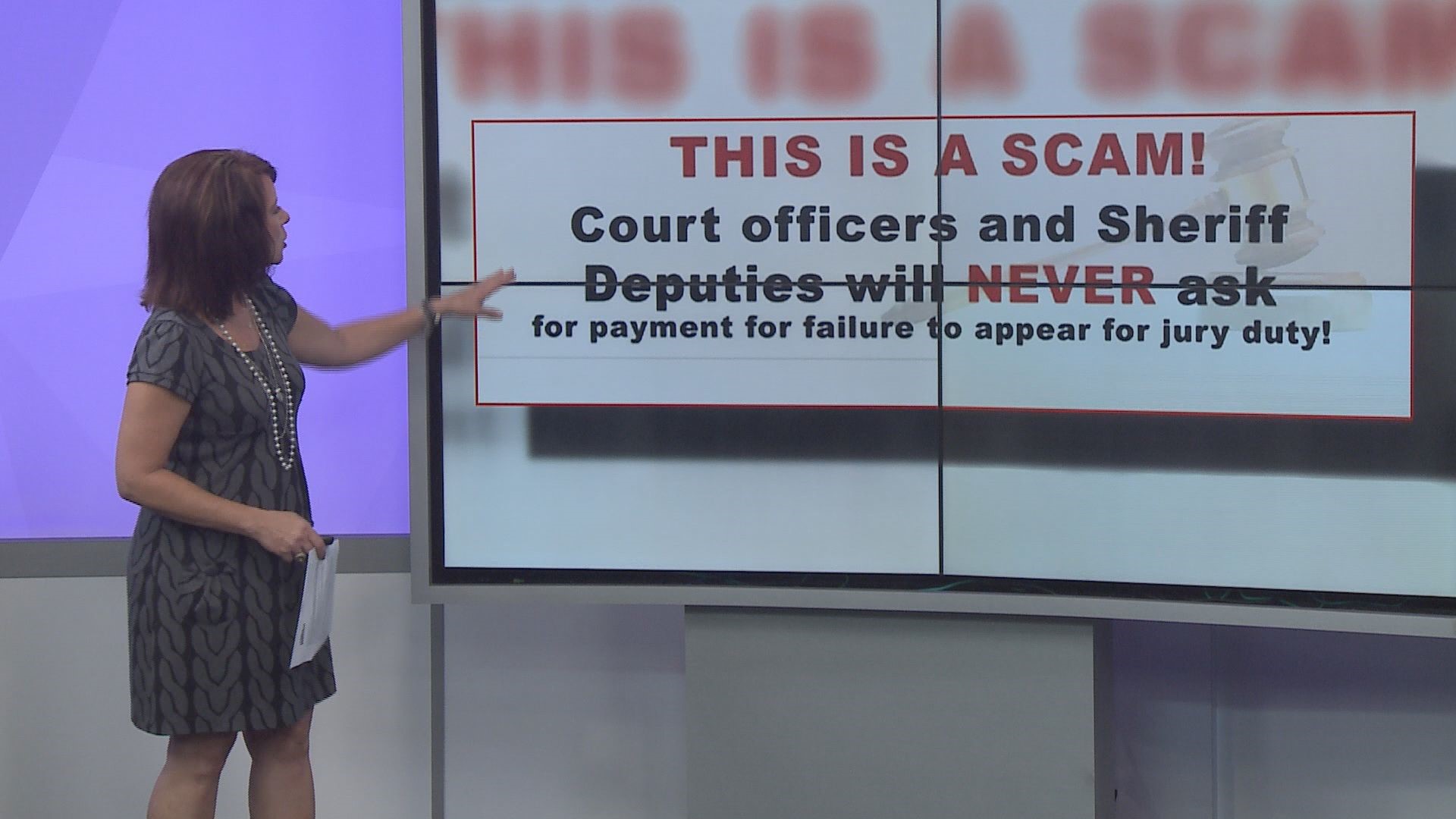 WINSTON-SALEM, N.C. — Yup, I got a letter. Jury duty is coming up for me in September.
I had the letter taped to my pantry door so I wouldn't forget about it.
And forgetting about it could get you in trouble. This is why scammers are using it to trick you into paying them!

The Forsyth County Sheriff's office just posted a warning on Facebook.
It says:
Scam Alert! Jury Duty Scam. If someone calls you and tells you that you missed jury duty and to avoid arrest you need to pay them in gift cards, It Is A Scam. Do Not Pay. Court officers and sheriff's deputies will never ask for payment for your missing jury duty.

Yes, the Forsyth County Sheriff's office posted this, but this is for any city, county, and state in the US. And really, this warning is for any call, text, or email you get that claims you have to pay using a gift card.

Michael Mars got a call from what he thought was the Social Security Administration. The caller claimed  Marrs’ social security number was tied to a drug ring in Texas, there was a warrant for his arrest, and he needed to pay up.

"Then they were telling me that I had to have that money for a federal bond to keep from having officers come out and arrest me," Marrs said.

At first, he was skeptical, hearing of this type of scam before.

"He [the caller] said, 'Well, I'm going to call your local police department, and I'm going to have an officer from there call you to tell you this is legit,'" Marrs recalled the caller telling him. "It wasn't five minutes later it showed on my caller ID: Mocksville Police Department."

The number was spoofed, and the person on the other end sounded like a real officer.

"He went so far as to give me his badge number and everything else," Marrs said.

The second caller told Marrs there was a warrant for his arrest. That’s when Marrs started to believe it.

"I was scared. I'm not going to lie to you,” Marrs said. “I didn't want to go to prison for something I hadn't done."

Minutes later, the original man called back, and convinced Marrs to take out all the money in his bank account - all $7,000 - and buy Walmart gift cards to pay off the warrant. Marrs started with $2,000 at the Mocksville Walmart. Then he got $5,000 worth of gift cards at the Clemmons neighborhood market. He read off the numbers to the man on the phone - all 14 gift cards worth $500 each.

"I did everything they asked me to do,” Marrs said. “They called back the next day to tell me they needed $3,000 more. I told them I didn't have it."

But the man on the phone wasn't satisfied.

Around this time, Marrs confided in a neighbor who was able to convince him it was a scam. But it was too late. Marrs had been duped out of every dollar he had.