Water was dripping from the ceiling in several spots - enough to fill up a bucket in a couple minutes. By the time it stopped, the floor and carpet were soaked. 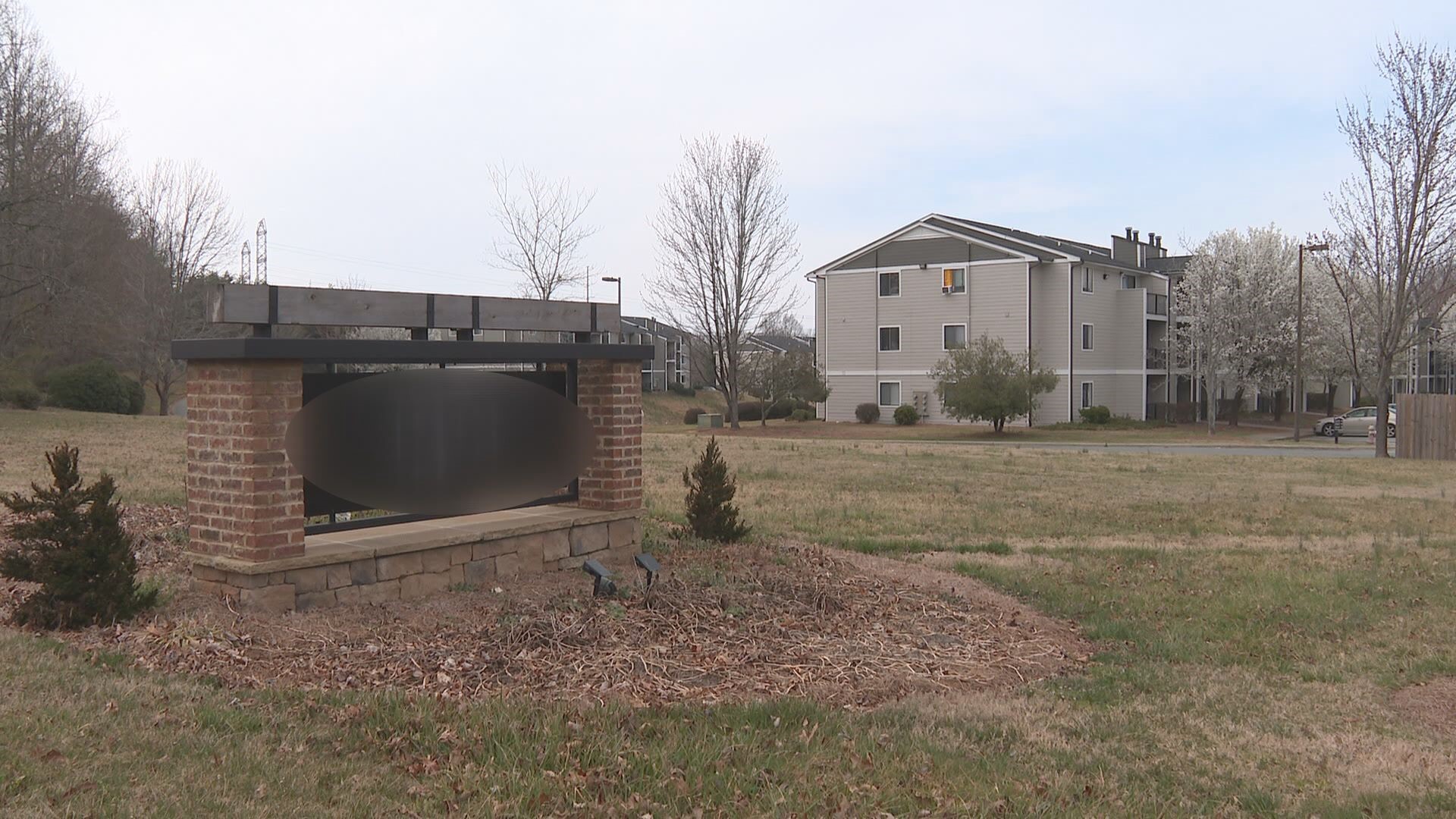 GREENSBORO, N.C. — Jarmaine Pritchett is a reasonable man. He understands that accidents or problems happen and that sometimes it takes a few days to resolve them. So, when Pritchett started to have some problems at his apartment, he wasn’t too concerned.

“I figured they’d fix it within a few days or maybe a week,” Pritchett said.

There was a mold issue, a couple of other small maintenance issues, and some superficial work that needed to be done. Pritchett said he notified the complex and sent emails to the corporate office without much assistance.

While those problems were concerning, the bigger problem was when Pritchett said the HVAC unit stopped working. He told News 2 he reached out to the manager at the complex, but the unit was never fixed properly. Pritchett said he bought portable heaters in the winter and fans in the summer.

“They said that they didn’t have anyone specifically trained on HVAC units,” Pritchett said.

While Pritchett continued to pay rent, he was becoming more than a bit frustrated. The final straw was when he woke up one morning to water pouring from his ceiling. Apparently, there was some sort of hot water or dishwasher leak in the unit above his.

“Water was coming out of the ceiling. It looked like rain just coming down on my unit,” Pritchett said.

He notified the complex and contacted his insurance company. The next three weeks were spent at a hotel because of all the water damage to the unit.

“It was unbearable. The place smelled like mold,” Pritchett said.

It was a few weeks later that Pritchett said he went back to the unit to grab a few things. He walked inside, and it looked like nothing had been done in terms of repairs.

“I had nothing done. I mean nothing, zero,” Pritchett said.

He was forced to move back into the unit because the money for a hotel had run out. A short time later, Pritchett said the hot water heater stopped working.

He immediately started looking for a new place to live and notified the apartment complex he planned to move. The issue was with his lease, which still had a couple of months left on it.

Pritchett would end up moving to a new home but was being charged for the past three months at his old apartment even though he only lived there for about one month, and part of that time was without a hot water heater and severe water damage.

The complex was asking Pritchett to pay roughly $2,000 in back rent and was not going to return his security deposit.

Pritchett reached out to News 2 and provided us with a video of the problems along with a long list of emails he had sent to the manager of the complex. It took a few weeks, but we were eventually able to speak with someone in the corporate office. We were told the company would investigate the matter and get back to us.

A couple of weeks later, we received this email: I discussed (this) with my team and while there is some conflicting information, I think the best thing for everyone is to move on. We will not pursue the collection of the current balance and will fully refund the security deposit. We will send (the deposit) to the property, so they will have it next week for him to pick up.

We reached out to Pritchett and let him know what the corporate office agreed to do.

“Thank you. Thank you so much,” Pritchett said.

If you ever find yourself in a similar situation please reach out to News 2, or you can also contact your local rent abatement program for some assistance.

RELATED: Advice to get you out of a bad rental situation