When To STOP For A School Bus

Do you know what to do when you encounter a stopped school bus on a multi-lane highway?

According to North Carolina laws, on divided highways with four lanes or more *with* a median, like grass, only the traffic on the side of the bus must stop.
Author: Jerry Carnes (WFMY)
Published: 8/10/2015 7:20:30 PM

ATLANTA -- The time is here once again when we need to share the road with thousands of school buses. 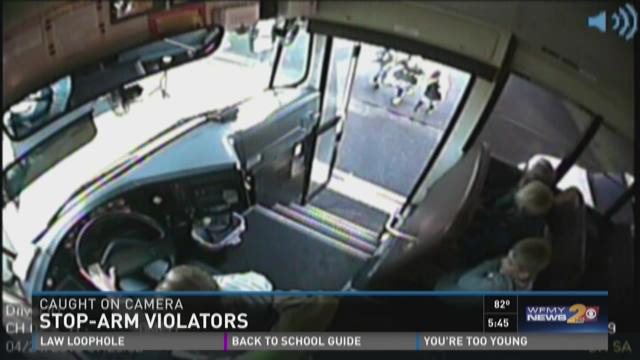 Some drivers will do a poor job of sharing and will even put young lives in danger. Buford Highway is a common place where drivers get confused when they confront a school bus.

Some simply don't know the law, while others don't care.

It's happening all over the country. Cameras mounted on school buses catch drivers putting young lives in danger.

In metro Atlanta, on a street lined with buses, a driver passes two buses with their stop signs out and lights flashing.

"I haven't seen any decline in the number of violators at all," Penn said.

She sees incidents like this: A bus is stopped, sign out, lights flashing for a full fourteen-and-a-half seconds when the driver of this pickup truck ignores it all.

On Buford Highway, a common mistake that highlights how many drivers may not understand the law. 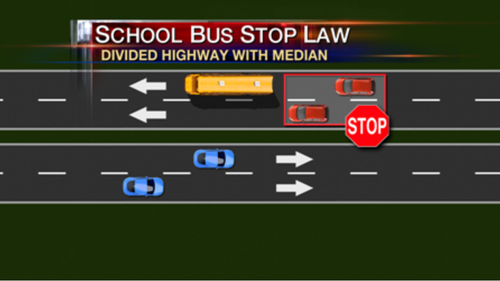 A bus stops on one side of the multi-lane road, on the other side, a car moving in the opposite direction stops...but others don't.

"People think they don't have to stop if they're traveling in the opposite direction if the lanes are multiple," Penn said.

They do unless there is a grass or concrete median separating traffic. In those cases, drivers traveling in the same direction as the bus have to stop...but traffic going the opposite direction can keep moving.

State Board Of Education Approves Hand Signals For Bus Drivers

Triad mom gets closure on her daughter's death nearly a year after she passed: 2 Wants to Know