Why making a false school threat is a crime

Recently, a Guilford Co. school student was arrested for making false threats. If police found he couldn't carry the threat out, why is it still a crime? 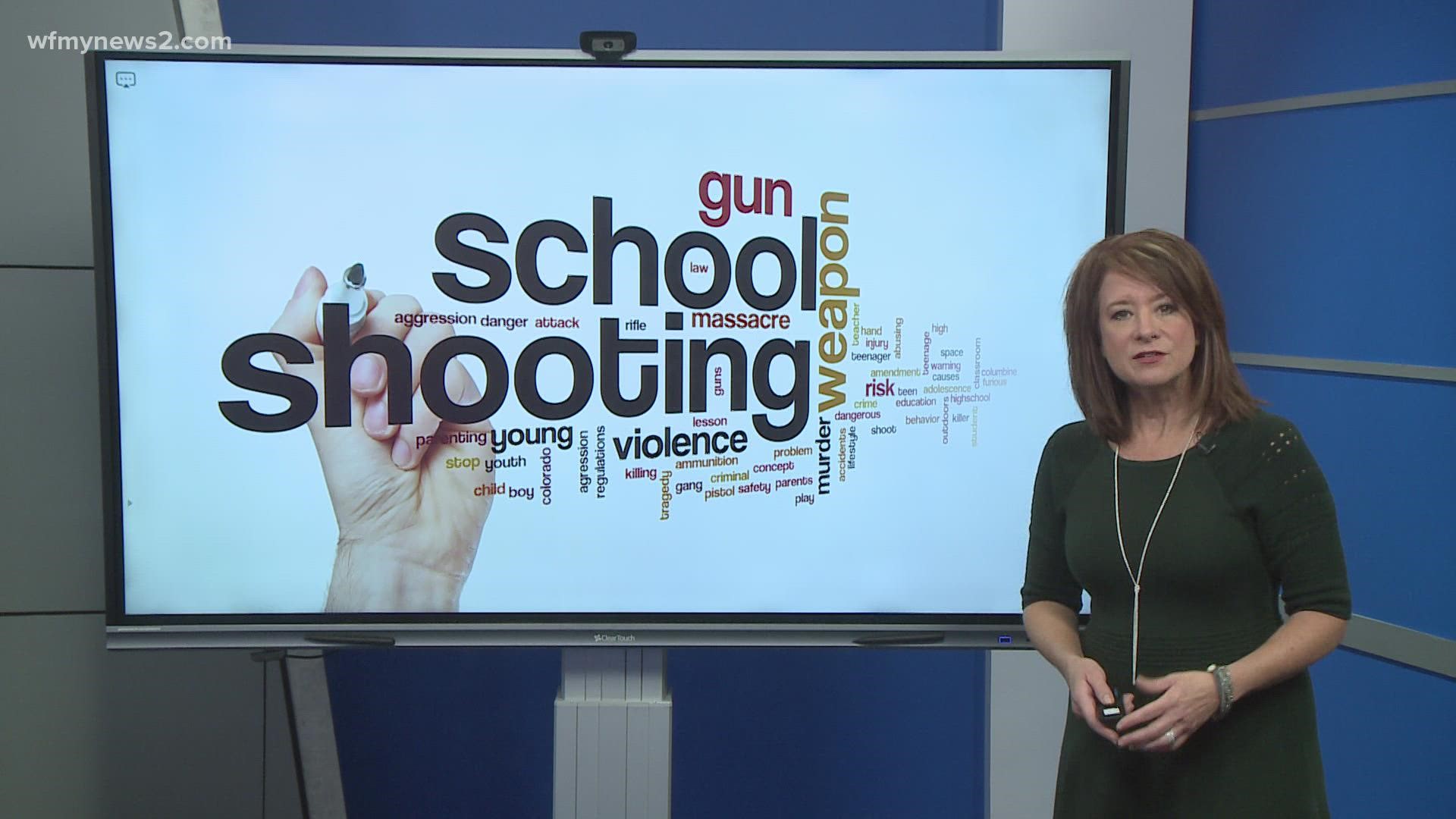 GREENSBORO, N.C. — A Guilford County school student was arrested for making false threats, according to police.

High Point police followed up on an alert from the community about a social media post claiming there were plots to shoot up several schools. Once authorities searched the home, they found there was no means for the threat to be actually be played out.

Kayshaun Williams, 18, is charged with making a false report concerning mass violence on educational property. In the North Carolina statute, it says, “physical injury that a reasonable person would conclude could lead to permanent injury.”

Many times, a person will say “a reasonable person” would know they were just kidding. It was a joke. The state law gets right to the heart of that too saying, “Makes a report knowing or having reason to know the report is false.” Just because the person couldn't carry out the threat doesn't mean the threat has no consequences.

“The harsh reality is officers and the public reacted to his public expression and his statement and that has to be punishable as well. You put something like that on social media, you cause them to respond and follow up, to try and determine if you can do what you said you would, that is a crime,” said lawyer Jason Keith of Keith Associates, Attorneys.

The environment we're in right now with recent school shootings, numerous threats, false reports, bluffs is taken seriously because you can't afford, not to take them seriously.

Does it make a difference the threat was on social media versus the old-school way of a kid phoning in a threat?

“The threat just has to be communicated. By text, you can send it by fax. As long as the threat is communicated, it's perceived and it's reasonable and the person believes it could be carried out,” said Keith.

The charge is a felony. What happens when it all plays out in court can't be known for sure, but Keith believes the climate will play a part.

“People have to understand the nature of the climate now. You have law enforcement and school systems that are trying to control and stabilize a situation. You have the violence that has erupted all over the state on school grounds, any threat any violent attempt, and possession of firearms on campus, they're going to get the full punishment,” said Keith.

The law also applies when people make threats against co-workers, family members, and places of business. The key is if a reasonable person would believe the threat could be carried out.