Will NC get the $750M+ in opioid settlement money? Only if the cities & counties sign-on!

Cities and counties have until January 2, 2022. If they don't pass a resolution, they'll be left out of the settlement money. 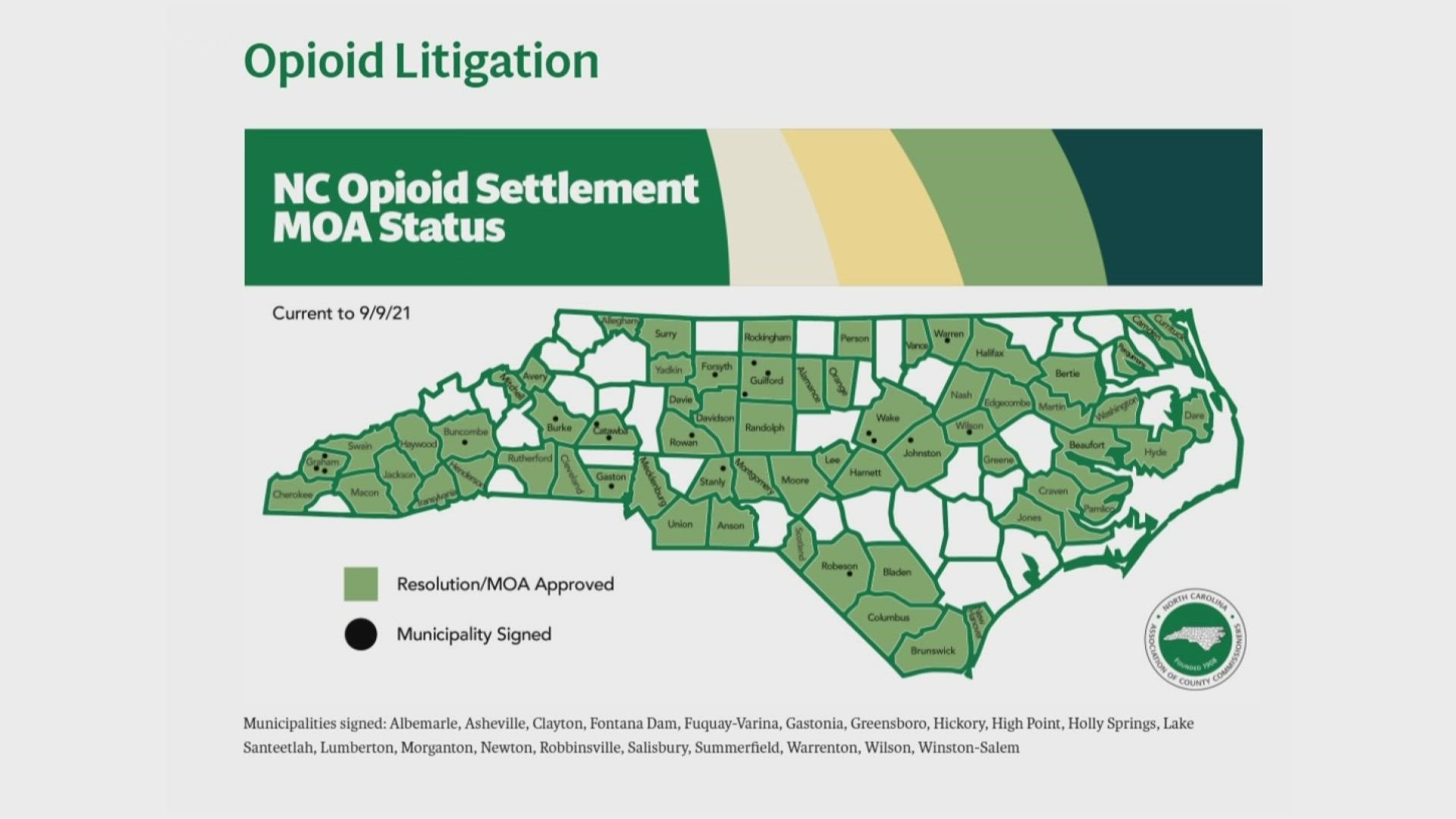 GREENSBORO, N.C. — The opioid epidemic is national, 48 states and territories joined together for the second biggest settlement in history by Attorneys General. The entire settlement is $26-billion against drug companies and distributors like Johnson & Johnson, Cardinal, McKesson, and AmerisourceBergen, and Purdue Pharma.

North Carolina’s share of that settlement could be $750 million or more. The operative word there is, could. To get all the money, every county and big city in the state has to join in.

“A number have already indicated they want to join by setting up a memorandum of agreement, but then they need to pass a resolution that that will sign the document. Already that is happening across the state and we want it to be every single county because if we get all of them on board, we get the maximum amount of money back to NC,” said Josh Stein, NC Attorney General.

The map shows the status of counties and cities as of September 9, 2021. All the counties in green have that memorandum of agreement approved, 20 of them have signed the resolution including Greensboro, High Point, Summerfield, Winston-Salem.

Municipalities have a deadline to sign on by January 2, 2022. If a city or county doesn't sign on, they don't get any money when the checks come in. If the municipality does sign-on, checks could start going out in April of 2022.

How will the money be used? There's an approved list, but it has to be for one purpose only, fight opioid abuse.

“When you think about the consequences of opioid addiction, it's our jails, it’s our emergency services, Naloxone, Narcan to save lives, so we want the money to go to local government,” said Stein.

Stein says his department wrote the 8-page appendix that lists all of the approved programs or departments the money can be used for. To date, more than 16,000 people have lost their lives due to opioid abuse. 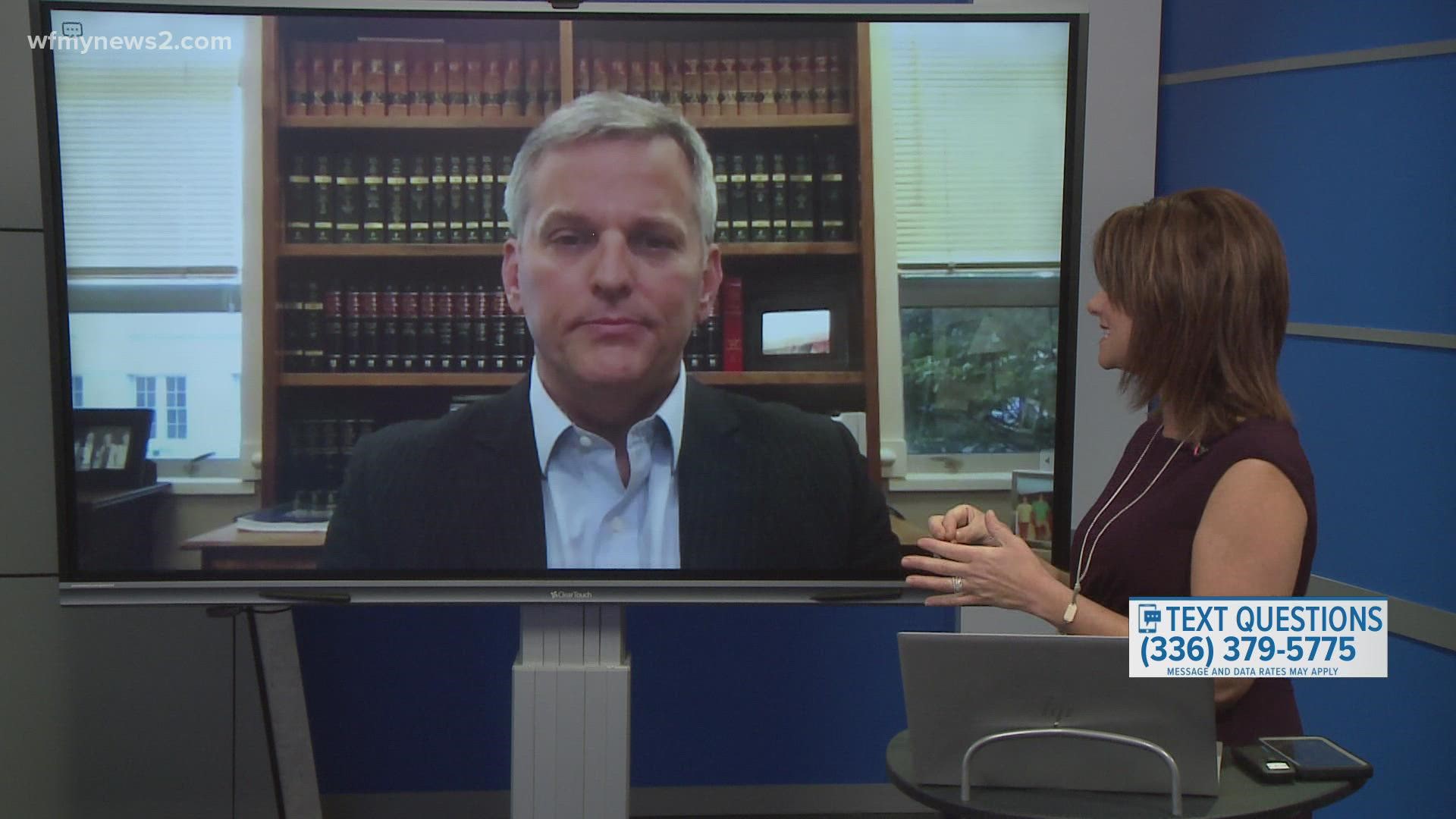 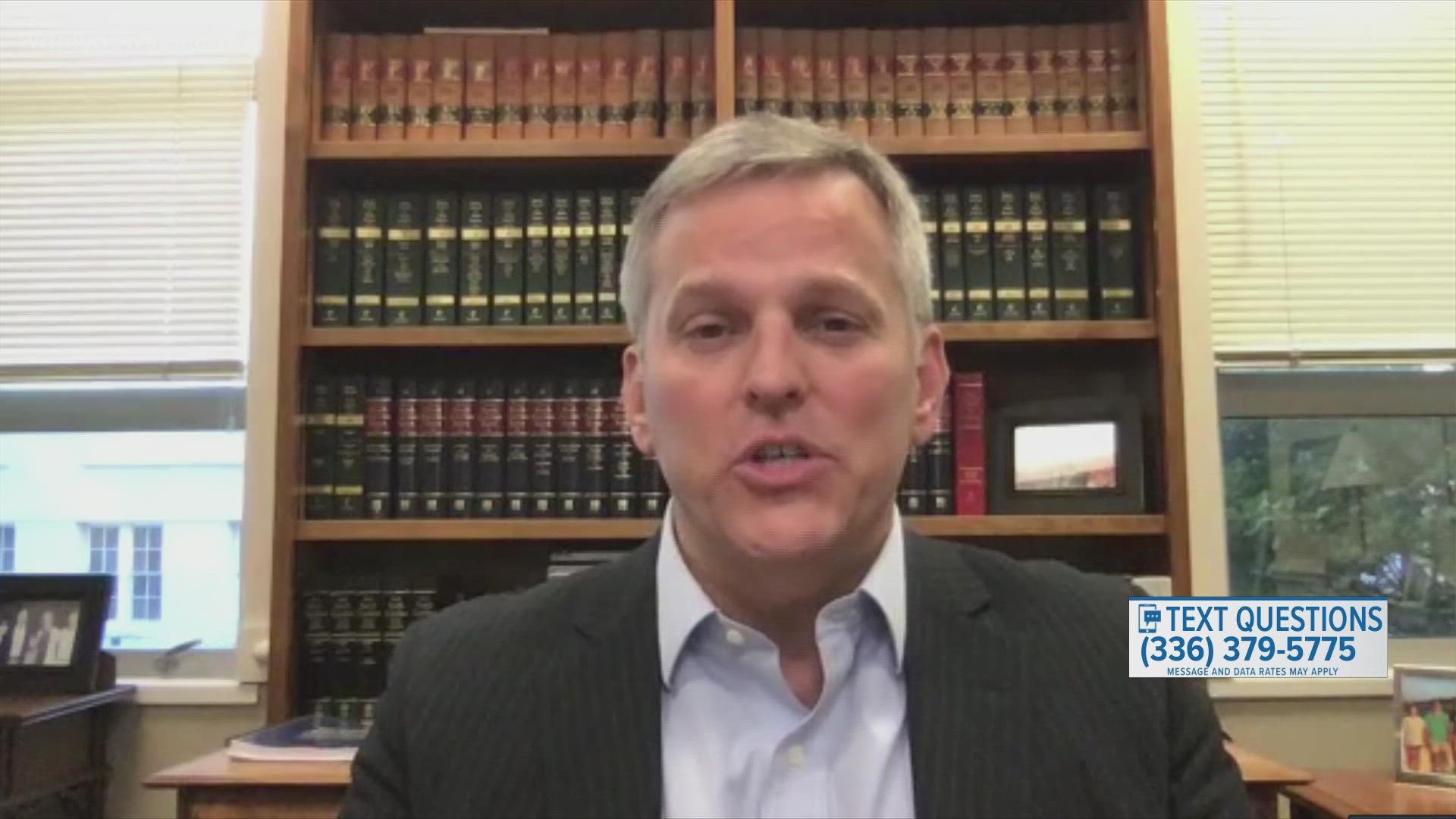