Your Next Vacation Rental Could Have Cameras - And It's Legal

Yep and they don't have to tell you. 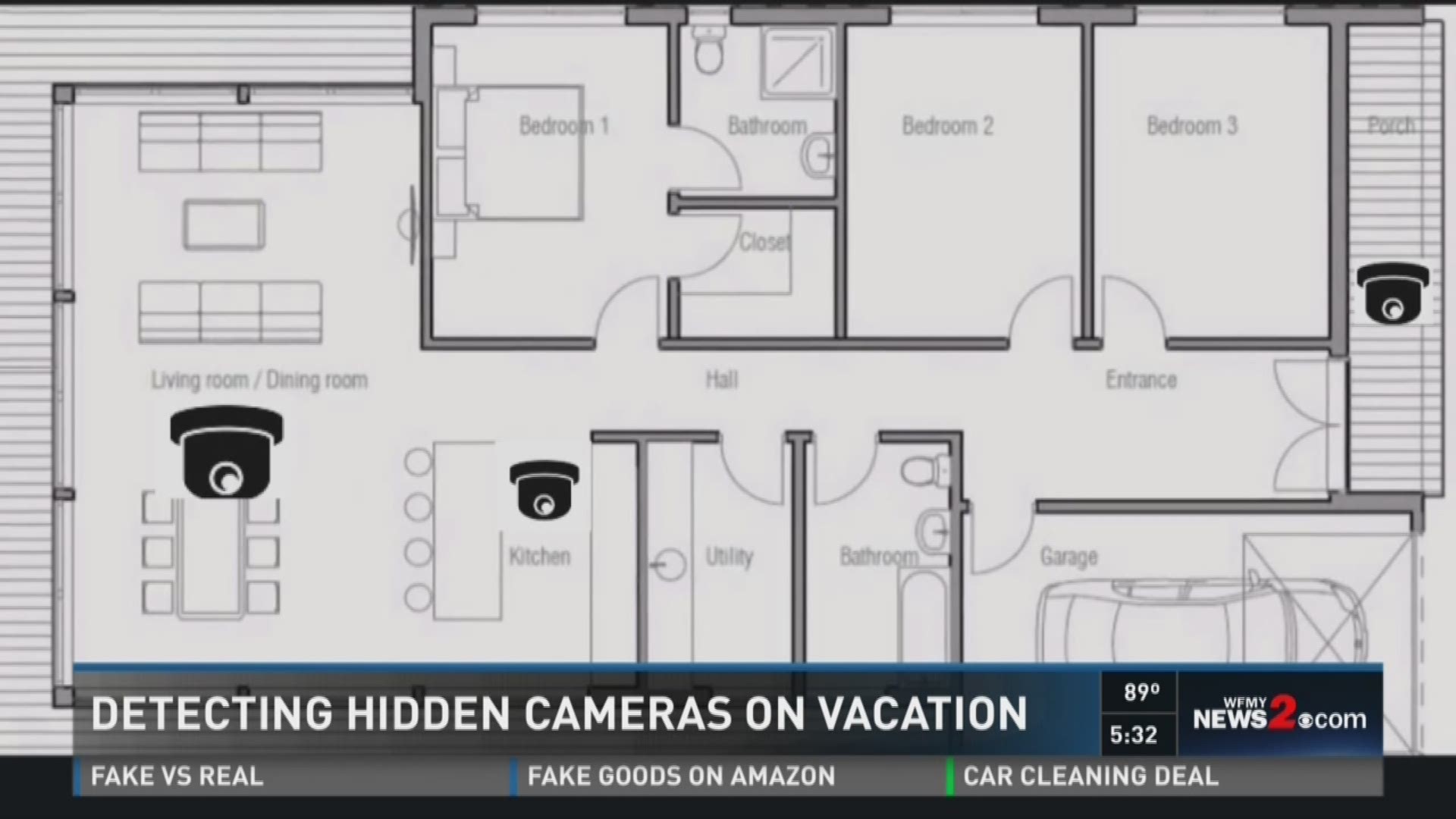 So you're sitting in the living room of the house you just rented for vacation. It's your own private space. Or so you think.

Property owners can put cameras in common areas of house rentals. And they don't have to tell you the camera is there. Creepy, isn't it?

The law allows cameras to be in common areas like the living room. The kitchen. The hot tub out on the deck overlooking the mountains. Even though you think of the whole house as "your private space," it's not necessarily.

The law keeps cameras out of bedrooms or bathrooms - where you have a reasonable expectation of privacy but a private investigator we talked to also said - just think about the character of some of those people placing cameras.

So cameras in rental properties - they can be visible - in plain sight -- or they could be hidden. Could you spot one?

There are camera spotting devices and apps that shine a light that will glint in the lens of the camera - those start out around $100. But we found two cheap apps and a do-it-yourself solution we put to the 2 Test.

First the Spy Hidden Camera Detector app. It's $2.99. It has the light that comes out the front - and the light should reflect of a lens.

To start we put a gopro camera on a mantel by the clock. Bhe clock was too bright.

We also put a little tiny lens on a table but the app will only pick up the lights on a router.

We moved the gopro away from the clock – but the app still just picked up other glares from the light and not the camera lens.

And the little tiny lens - we see it with our eyes but with the app just reflects off the knob of the table.

And last – the DIY attempt – a paper towel roll and a flashlight.

I see a little pin dot in the speaker on the mantel but I also see the reflection of the gopro lens.

Ed is impressed with this detector. "It is ingenious. I think this works the best. Its very simple."

If you find hidden cameras that don't belong, document and leave immediately. Report it to the renting agent and the police.

Sometimes property owners have good reason to have a camera outside the house - ,maybe to make sure there's not too many guests staying there or keep an eye on the property while they're gone.

That's right. So before you rent something, ask about cameras. And if they say they have them, make sure you're comfortable with it.