Answering your questions about the candidates

How will they lower drug costs? Protect against Coronavirus? And more. You asked. We found answers. 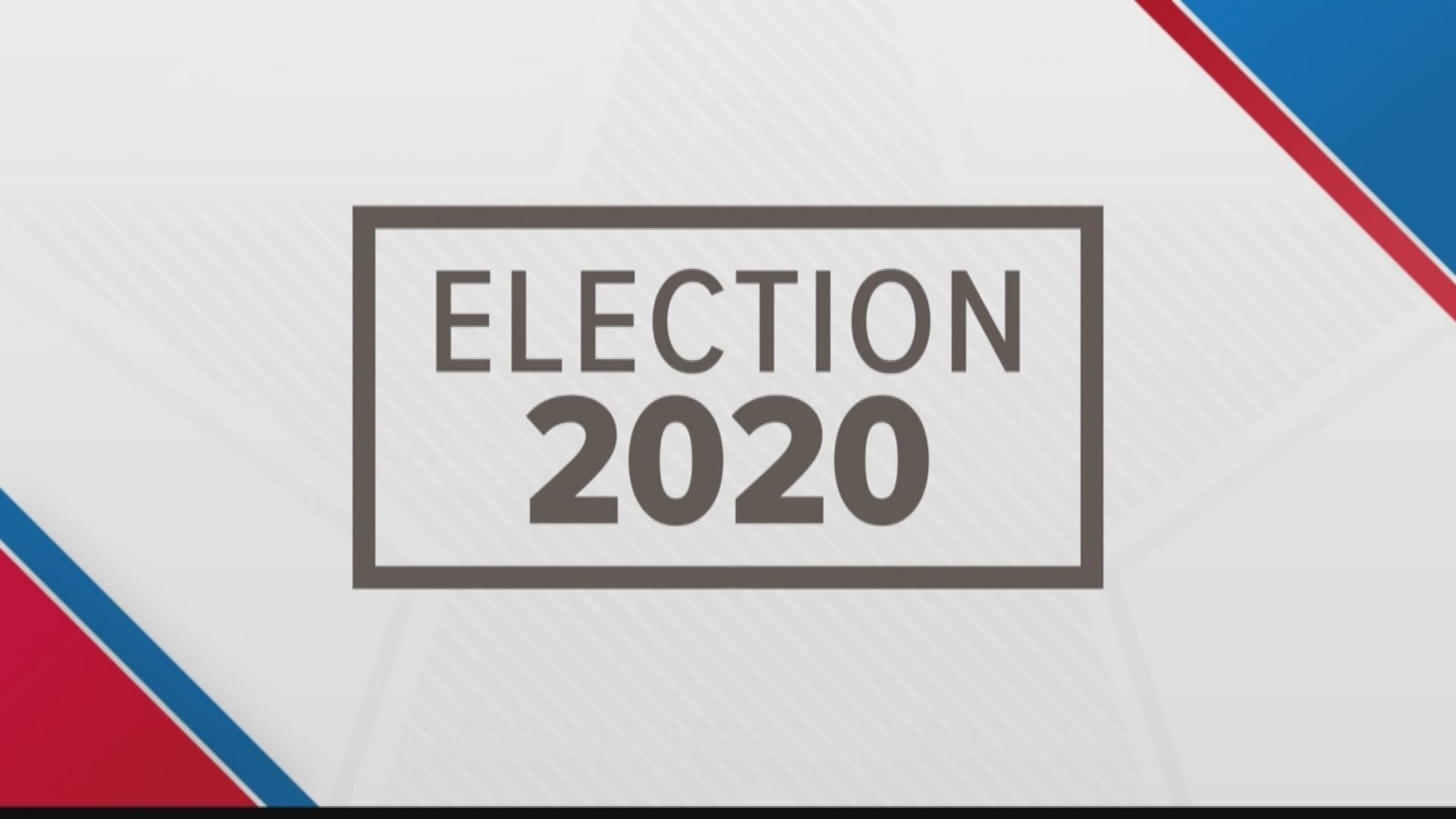 GREENSBORO, N.C. — I asked on my Facebook page what would you want to ask the candidates if you were moderating the last debate. You guys had such good questions, I wanted to research and find the answers for you.

The topics ranged from how will they lower drug prices to immigration issues like children seperated at the border. We're going to keep updating this story until election day as we get more and more interesting questions from you at home. If there's anything you'd like us to research, send me a message on Facebook. I'll do my best to find the answers to as many of your questions as possible.

Ben Briscoe
Ben Briscoe. 2,947 likes · 273 talking about this. Weekend anchor/investigative reporter in North Carolina for WFMY News 2. Murrow winner and always on the hunt for a story which could make a difference.

Sarah wanted to know: What will you do immediately about the child separation situation at the border?

She's talking about President Donald Trump's policy of separating children from their parents while mom and dad are in jail waiting to go on trial on charges of entering the country illegally.

All of the Democratic candidates have spoke out against this idea.

And Bernie Sanders saying it's "an affront to our moral values"

Elizabeth Warren has said the policy takes American “to a dark and ugly place.”

Pete Buttigieg takes things a step further saying those families who were separated deserve some sort of compensation. But he didn’t explain what that would be or how much it would cost America.

As a Senator from Minnesota, Amy Klobuchar has already called for an investigation into children being separated from their parents at the border. She is quoted as saying, “This shouldn’t be happening.”

As a representative from Hawaii, Tulsi Gabbard has supported the “Keep Families Together Act.”

Things get a little more complicated when it comes to Former Vice President Joe Biden.

An attack ad says under the Obama-Biden adminstration kids were seperated at the border too.

But I found a Health and Human Services report saying those cases were "rare" and only if border agents thought there was a "threat to the child's safety" like human trafficking or a medical emergency.

Just to be 100 percent clear: Joe Biden has said the policy of separating children "threatens to make us a pariah in the world." And he is not for it.

Matthew asked: "Could Bernie please define what a Democratic Socialist is?"

Bernie Sanders has answered this during a town hall saying: “What Democratic Socialism means to me is we expand Medicare, we provide educational opportunities for all Americans, we rebuild our crumbling infrastructure. In other words, Government serves the needs of all people rather than just wealthy campaign contributors.”

At a rally in Winston-Salem, his campaign's National Co-Chair Nina Turner also said: "What Democratic Socialism is: all it is is government of the people, by the people, for the people."

Anita asked: How would they deal with the predicted arrival of the Coronavirus in the US?

Each candidate gave their ideas on how to fight the growing virus at the debate in South Carolina. They all agreed, more funding for the CDC and NIH is needed despite President Trumps proposed $2.5 billion response plan.

Joe Biden hasn't released a formal plan to address infectious diseases like the coronavirus, but at Tuesday's debate he mentioned how he was the only democratic candidate to deal with a global outbreak because he is the only one experienced with world leaders.

RELATED: How coronavirus in China could cause drug shortages in America

Elizabeth Warren hopes to create regulations, if a drug company breaks a law, a portion of their fines would help fund research for the National institutes of health to expand vaccine development.

While Amy Klobuchar talked about developing more early-warning systems to detect outbreaks before they become pandemics, and grow stockpiles of existing vaccines.

Cynthia asked about how they would lower healthcare and drug prices. Focusing on drug prices, here's what we found:

Biden’s has said that he plans to limit increases in price of drugs to match the cost of inflation. He also will allow you to buy drugs from other countries and would try to get rid of a law banning Medicare from negotiating with drug companies over the price of medicines.

RELATED: Father fights for fair drug prices for his daughter

RELATED: How to Pay Less for Insulin

RELATED: VERIFY: Fact-checking Trump's 2020 State of the Union address and the Democratic response

Bloomberg would also give Medicare the power to negotiate prices. As well as changing the patent laws to allow generics after 20 years. He would also require drug companies to pay royalties to the federal government for any drugs produced using grant money. Those royalties would be used to lower costs for Medicare patients.

Sanders is also for allowing the government to negotiate prices. And as a US Senator, Sanders has introduced a bill to cut drug prices. It would require drug companies to charge the us the middle of the road price from these five countries: Canada, the United Kingdom, France, Germany and Japan. If the drug company refuses, the government would immedialy approve generic versions of those drugs.

The Center For Economic and Policy research said most brand name drug prices would be cut in half under this plan.

Warren and Klobuchar have also introduced their versions of bills to lower drug prices. Warren would allow the government to manufacture generic drugs in some cases if the pharmaceutical companies refused to lower prices.

If elected president, she says this plan can be done on her own using executive privilege.

Klobuchar is for allowing the government to negotiate prices and letting people order drugs from other countries.

Steyer would allow the government to negotiate and then extend that same price to private insurance.

Buttigieg would also support the government's right to haggle over prices with drug companies. And if the companies refuse to budge, they will have to pay a 65 percent tax on the gross sales of the drug. That tax keeps raising the longer it takes to come to an agreement until it gets to 95 percent.