You have a right to protest, but it's not a free for all.

What are your rights? Wake Forest Law put together a comprehensive guide of federal and state laws. 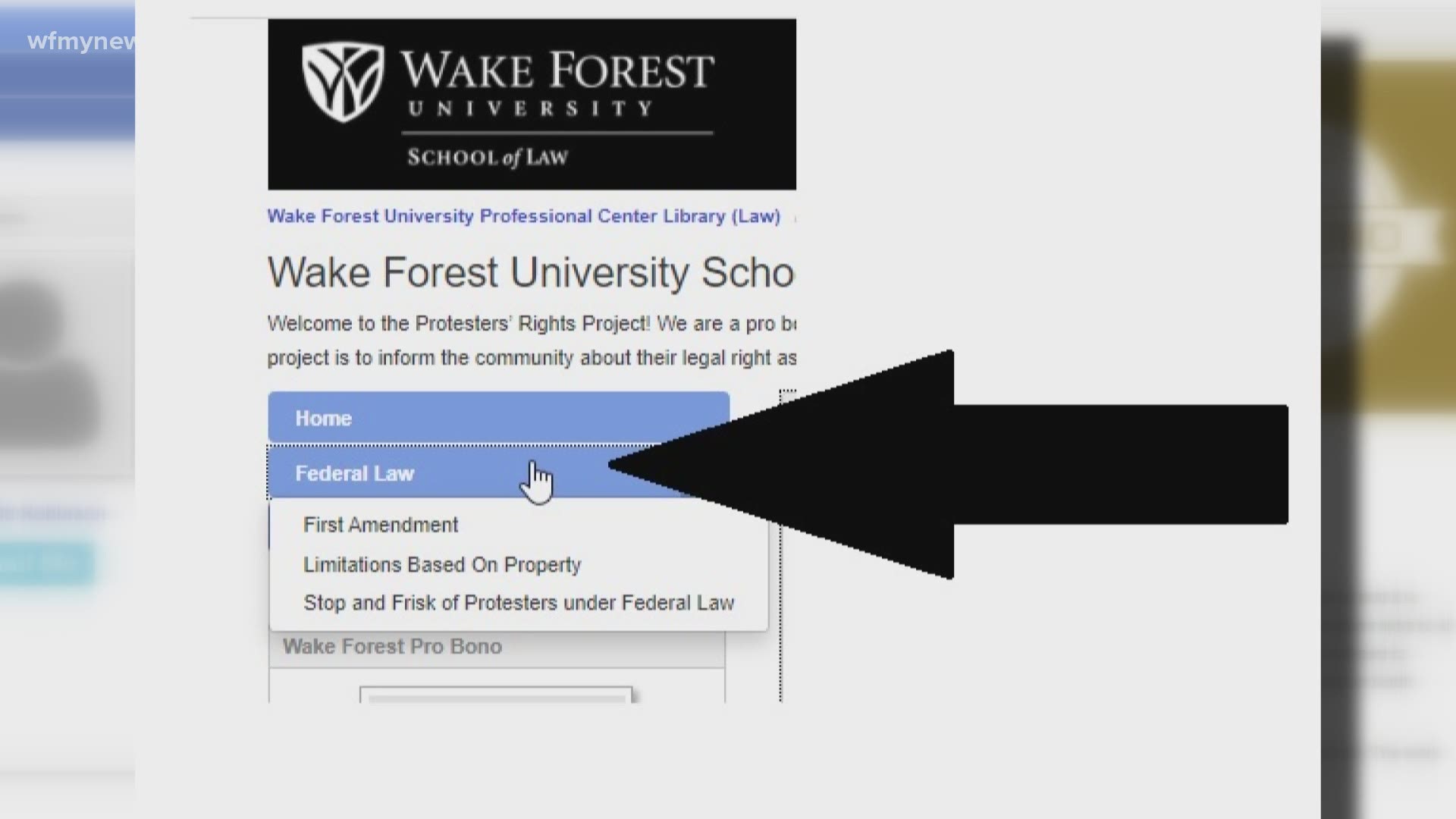 GREENSBORO, N.C. — Reopen NC, Black Lives Matter, U.S. Postmaster DeJoy's house.
All these protests happened in our state, some right in our own backyard. They're all covered by the first amendment, but that doesn't mean everything about a protest is allowed.

You have the right to protest wherever and however you want.  That's the myth. Anything, and anywhere is acceptable. Nope. Wake Forest Law professor Marie-Amelie George explains.

“We have robust rights under the first amendment but the state does have the right to restrict where when and how you protest. The government can't impose any kind of restriction it wants, but it can impose restrictions to impose safety,” said George.

There is so much to know about your rights to protest, Wake Forest Law put together a guide. It’s part of a Pro Bono Project. Forty students spent almost 500 hours compiling information for attorneys and the community to use.

“The idea of the Pro Bono Project is to inform people about what their rights are”, said George.

The guide has a federal law section with first amendment right explainers, being on the property, as well as being stopped and frisked.
Then there is a state section. The laws can be different from state to state. If you're headed to a rally somewhere else, you know the laws and your rights.

“People don't have a right to take pictures of you and exploit it for commercial gain, but they do have the right to disseminate it as news. They also need to recognize counter-protestors have the right to have their views heard. So it is about balancing and there can be restrictions about where, when, and how you protest”, said George.