Morrisville police were also at the scene and threatened to make arrests. By 11:15 a.m. police had begun detaining people who refused to leave. 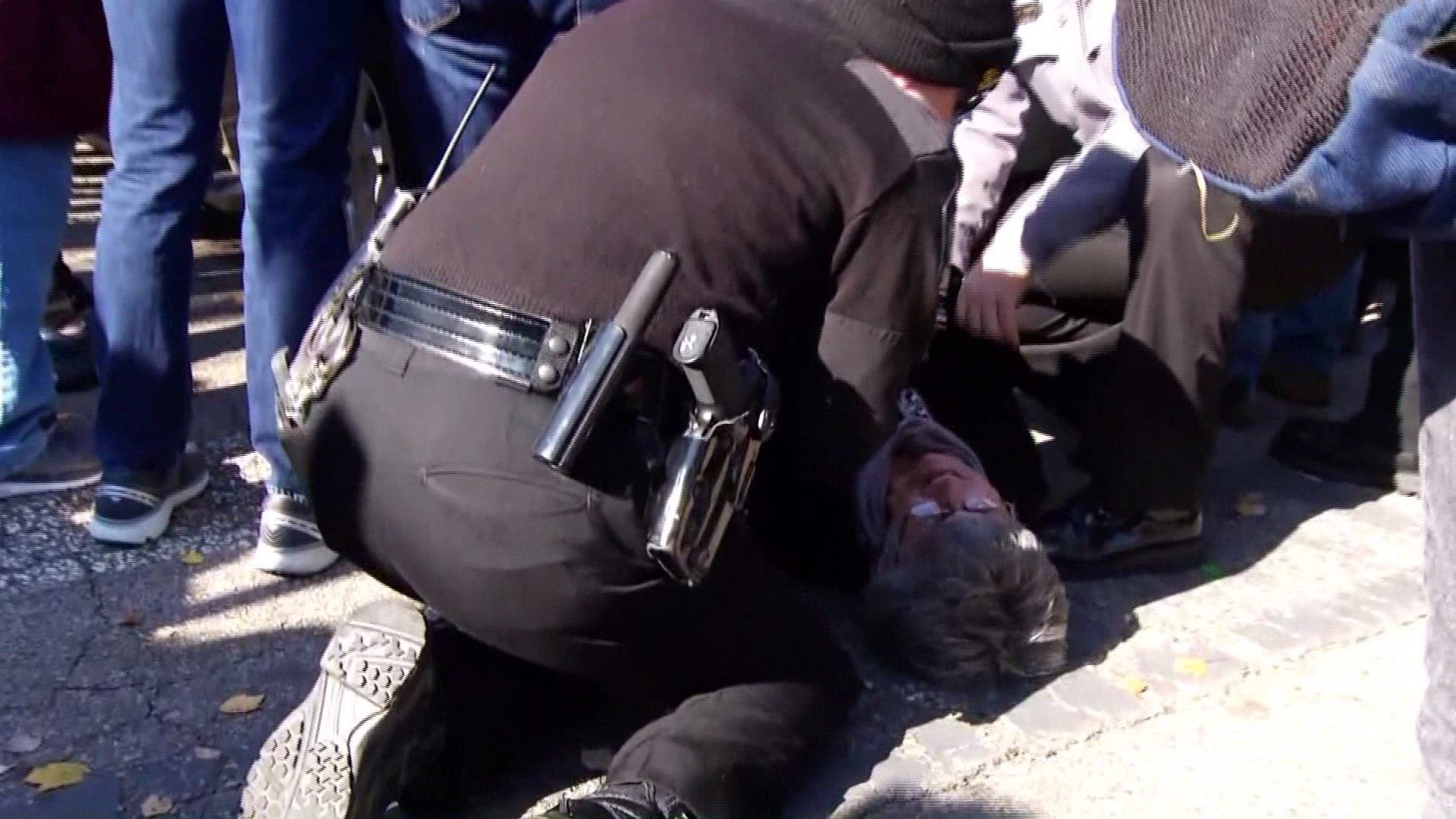 MORRISVILLE, N.C. (WNCN) - Several people surrounded an Immigration and Customs Enforcement van in Morrisville in a planned event Friday as a Mexican man was scheduled to be taken to an immigration appointment.

The event was planned to begin at 8:45 a.m. after Samuel Oliver–Bruno spent months in a Durham church, according to a news release from a group called Alerta Migratoria NC.

Morrisville police were also at the scene and threatened to make arrests. By 11:15 a.m., police started detaining more than 20 people who refused to leave.

Oliver-Bruno came into the country illegally in 2014 to be with his sick wife, who he said was undergoing open heart surgery.

He says they later released him on a stay of removal, which he says he has been granted every year since, but in Nov. 2017, his request was denied.

Oliver-Bruno has been taking sanctuary at CityWell United Methodist Church in Durham.

Oliver-Bruno had petitioned for deferred deportation with ICE, according to the Alerta Migratoria NC news release sent on Wednesday.

Officials wanted him in their office for a "biometrics appointment," which is what was scheduled on Friday.

However, the news release said Oliver-Bruno would "be accompanied by clergy and supporters due to high risk of detainment."