Governor Roy Cooper said Tuesday a worker died after suffering a medical emergency on Interstate 77, the third confirmed death from the storm. 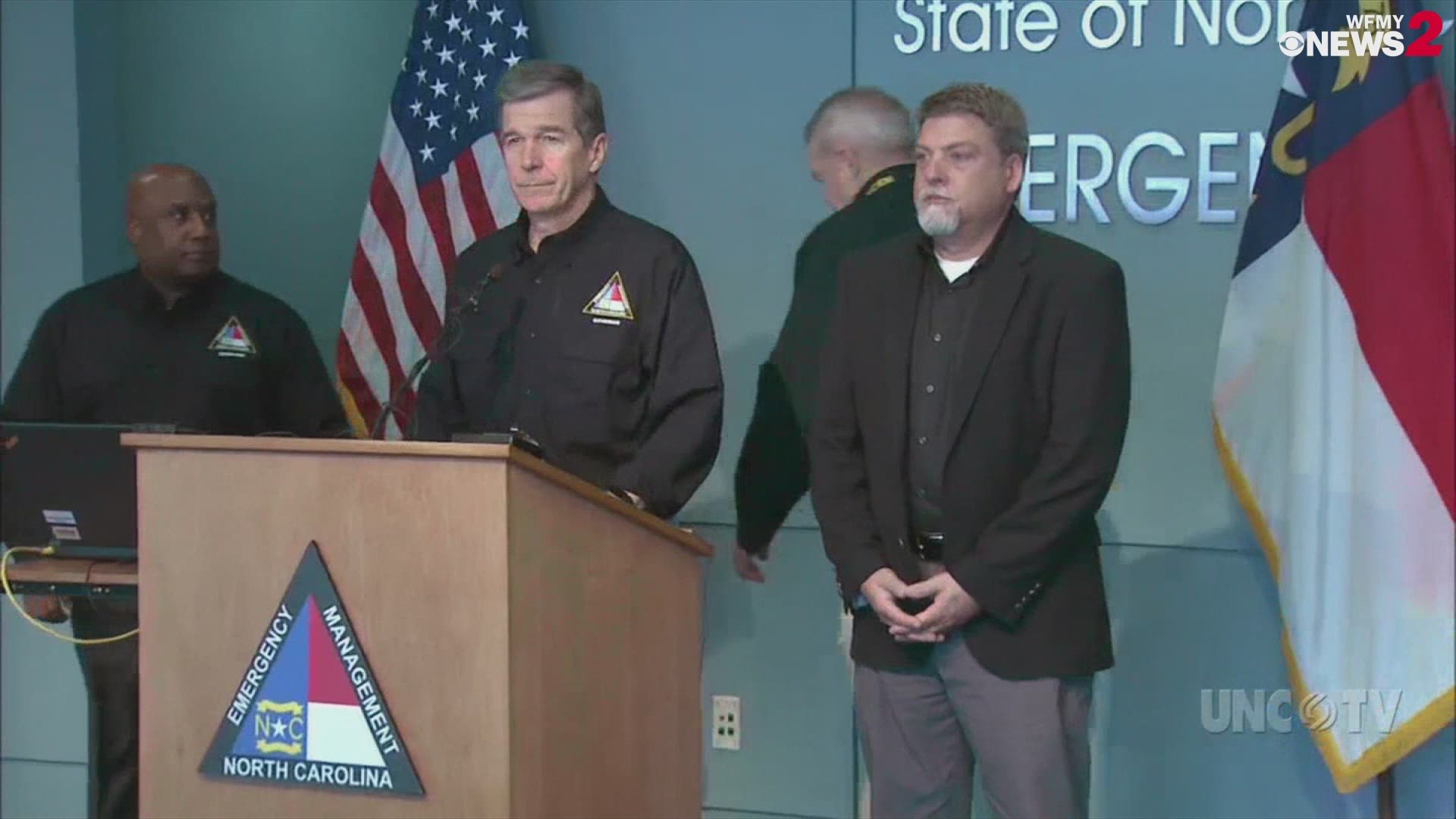 RALEIGH, NC (WNCN) - Gov. Roy Cooper confirmed three deaths in North Carolina are due to the winter storm that dumped snow across much of the state.

The governor said Tuesday a worker died after suffering a medical emergency on Interstate 77. The worker was helping free a stuck vehicle when it occurred. They were taken to the hospital where they later died.

On Sunday, a man in Matthews died when a tree fell on his vehicle.

A woman in Haywood County also died when a power outage cut her oxygen while in hospice care, Cooper said.

An additional death is being investigated as well, Cooper said.

A total of 169 members of the National Guard are still active as thousands remain without power.

"We've already restored power to half a million since this storm hit," Cooper said.

An additional 17 are operating on delays Tuesday.

"Getting back to school is a top priority. Fortunately, many of the counties that were hit hard by the hurricane were not as impacted by the storm," the governor said.

Cooper also reiterated his request to check road conditions before heading out.

While roads may look safe, Cooper asked for citizens to not let their guard down.

Emergency Management Director Mike Sprayberry said "Please be aware of the possibility of black ice. Don't let your guard down."

The possibility of river flooding exists as the snow melts and is coupled with rains later this week.