A man who has been convicted twice for sexual assaults and who is on the NC Sex Offender registry is facing charges, accused of raping at least three women. 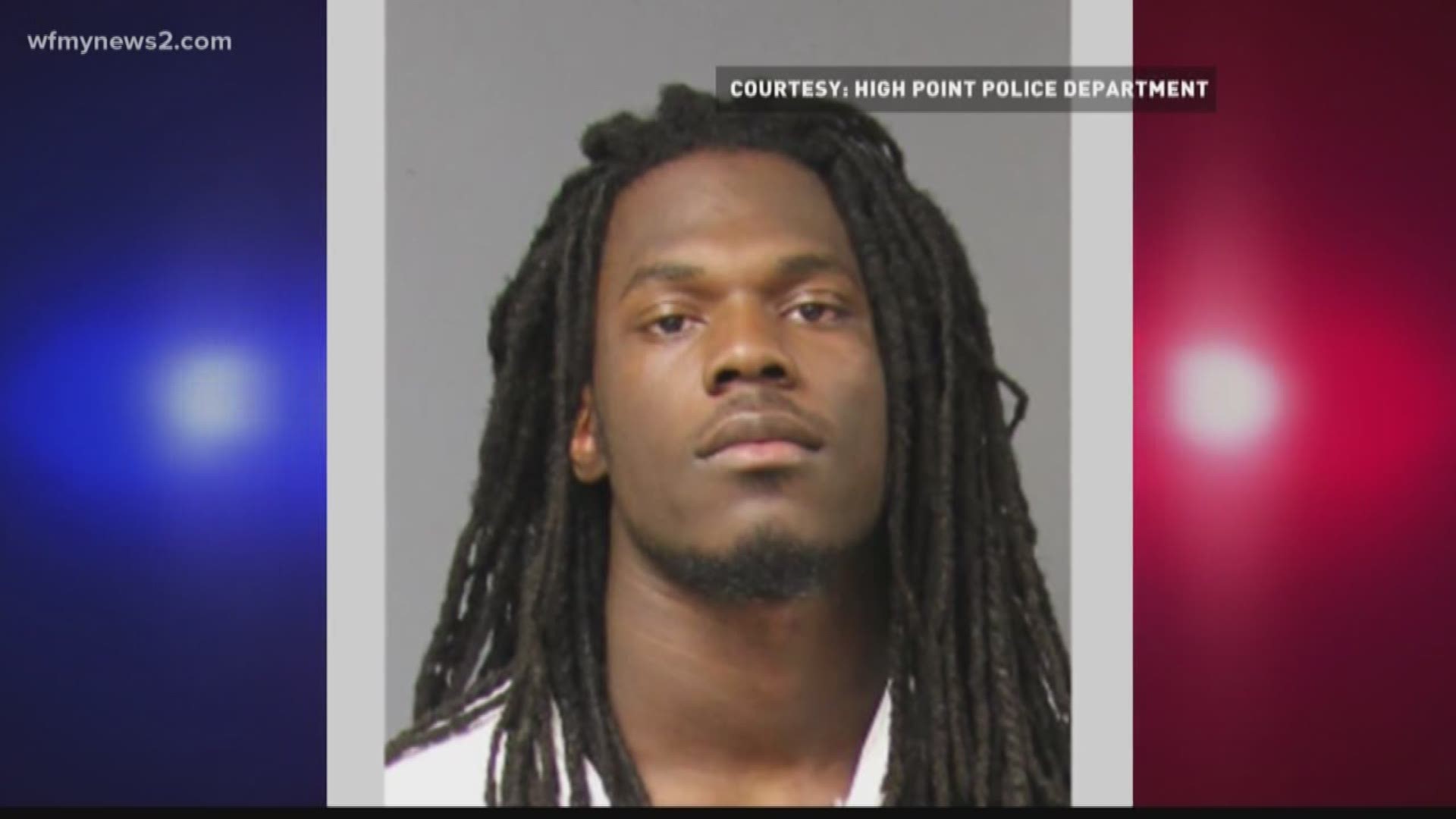 HIGH POINT, N.C. — Police in High Point confirm they've arrested a man for multiple sexual assaults in a 24-hour span. The arrest and connection came during a hit-and-run investigation, police said in a news release.

The investigation started on Wednesday, June 5 after officers responded to the 1200 block of E. Green Drive for a hit-and-run. While at the scene officers identified Tavio D Whitehead, 21, of High Point as the person leaving the scene of the crash. Officers said during their search for Whitehead they found a partially clothed woman who said she had been sexually assaulted by Whitehead. She was able to tell investigators where the assault happened. Officers said the woman had visible injuries and was taken to Wake Forest Baptist Health High Point Medical Center for treatment.

Officers spotted Whitehead in the 900 block of Worth Street and after a foot chase they were able to take him into custody. They said he threw a North Carolina Driver's License and several debit and credit cards onto the roof of an apartment building while running from officers. The information on the cards and license were connected to the victim they had just interviewed.

While processing him at the High Point Police Department, investigators say two other rape reports filed within 24 hours of the current incident were linked to Whitehead. Whitehead was placed under a $1 million secured bond for misdemeanor hit and run, resist/delay/obstruct and 1st Degree Forcible Sex Offense for the Wednesday crimes.

Whitehead is currently on probation for Failing to Register as a Sex Offender, police confirm.

If Whitehead's name sounds familiar, it's because WFMY News 2 did a story on him in September 2015 and  April 2016. Whitehead was suspected of assaulting and raping a student at High Point Central. He was also charged with a sex offender violation. It stemmed from a September 2015 case in which he was accused of raping the 14-year-old at her school. The sexual assault happened in an elevated hallway, school officials said.

Whitehead was charged with Assault by Strangulation and 1 count of First Degree Forcible Rape in that case. He reached a plea deal in March, pleading guilty to sexual battery and assault by strangulation on March 31st. He was sentenced to 60 days in jail, but was released on time served. About two weeks later, April 17 2016, Whitehead was charged again after an underage girl and her mom reported an assault at the high school. He was then ordered to register as a sex offender.

As we break down the accusations, we also want to keep the victims in mind. Sonya Desai with the Guilford County Family Justice Center says every sexual violence victim is different. Some seek help from law enforcement, others don't.
But no matter what – they should get checked out.

"It's up to the victim whether or not they want to seek law enforcement, we never force anyone to report," Desai stressed. "The most important thing is the client, the victim is treated medically."

If a victim does decide to report, it's important to know it can be done anonymously.

"They can also report under 'Jane Doe' so when they go into the hospital they do not have to give their name if they're not comfortable."

You can call the Family Justice Center for help. Professionals there can help you navigate the emotional toll and the case itself.