Construction could begin as early as fall 2017, and the first game could be scheduled for spring 2019. 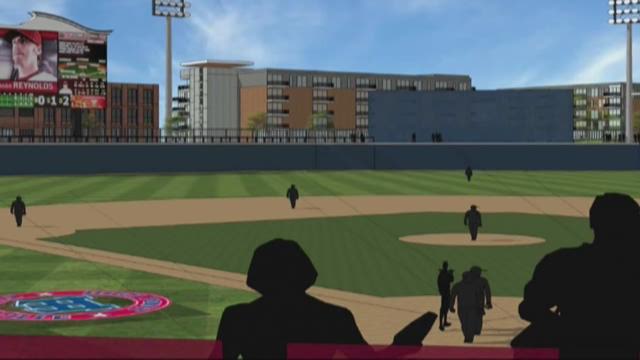 The High Point City Council approved the purchase of land in the downtown area at a meeting on Monday.

The stadium would be built on a site bordered by Elm, Gatewood, Lindsay, and English Streets. It would seat approximately 5,000 for baseball and 7,500 for concerts and other events. Construction could begin as early as fall 2017, and the first game could be scheduled for spring 2019.

"The city doesn't have a gathering place. Although we are fortunate enough to have furniture market, there's nothing going on in downtown High Point the other 50 weeks out of the year," explained Sims Hines, with the nonprofit Forward High Point. "So we hope this stadium can be a place for everyone."

According to Forward High Point, the Atlantic League of Professional Baseball sent organizers a letter of commitment. The letter promises one of the baseball teams will make High Point home once the stadium is built.

The city says the new site will not increase taxes.

The city plans to borrow money with hopes of using ticket sales, naming rights and stadium rentals to help repay the cost.

Forward High Point is leading the stadium effort, which is a key part in the revitalization plan for the city.

The city council hopes the stadium will bring in new restaurants, residents, and other businesses.