$500 fines for illegal dumping in Greensboro

A civil penalty of $500 will be given to violators who illegally dispose of items. 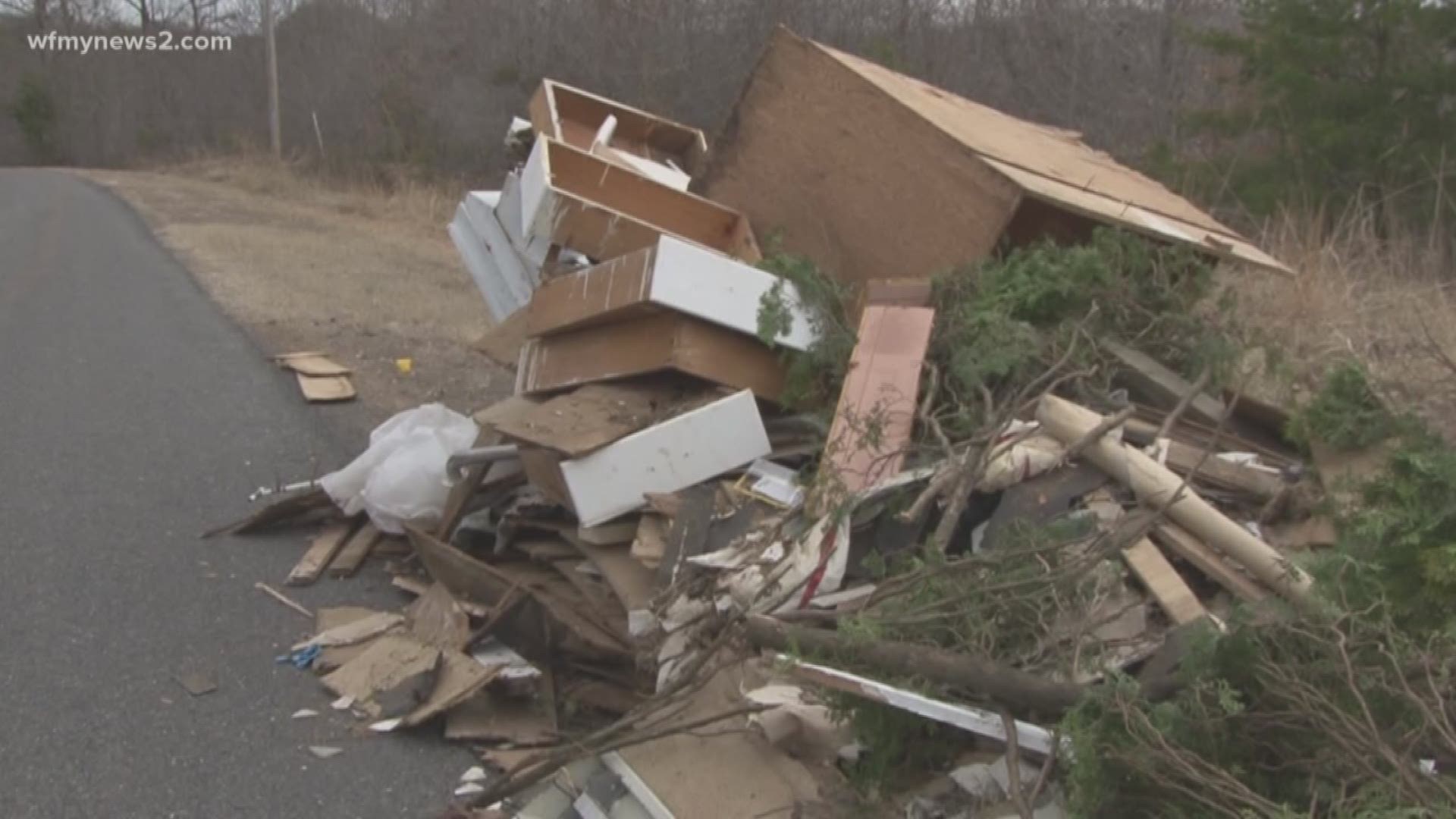 GREENSBORO, N.C. — Editor's Note: The main video in this story is from a September 2019 story on dumping issues in Greensboro, NC.

After years of cleaning up illegal dumping throughout Greensboro, the city now has a new ordinance designed to stop it.

The Right-of-Way Division staff will now monitor cameras installed near known disposal locations on public property or private property at the owner's request.

The city said when someone illegally dumps something, the footage will be sent to Code Compliance staff with the Neighborhood Development Department. The staff will then track down the violators to issue fines. The city said it already has older cameras that will be in use but they will purchase 10 additional ones as well.

Violators with a first-time offense will receive a fine of $500 and $1,000 for each following offense, regardless if different vehicles registered to the same owner are used in separate incidents.

The new ordinance is expected to offset some of the city’s costs in cleaning up the “resulting environmental and health hazards” illegal disposals create.

Some common materials often dumped include bags of household trash, yard and construction waste, furniture, appliances and tires. The city said communities and neighborhoods where it happens the worst include areas with low visibility such as dead-end roads, wooded areas, and vacant properties.

To file a city service request or to see how to properly dispose of certain items, click here.

You can report an illegal dumping problem in your neighborhood by calling 336-373-CITY.